Ponzi finance—with its reliance on hedge funds, speculation, and other financial instruments of mass destruction—will usher in the next recession, far worse than the last one that began a decade ago.

Just about every American knows the vaunted middle class is shrinking, but the fact most wealth is sucked upwards into the coffers of the “top 1%” is at best a side issue for the political class, as is the national debt ready to crush what remains of the economy. Endless war and a politically motivated welfare state continue to erode a Bretton Woods jimmy-rigged economy.

But you rarely hear about that. Instead, we have Trump telling us he’s a savior, a saint, a stable genius who waved a magic wand and shored up the economy. He points to an artificially inflated stock market stuffed with Treasury bonds and Federal Reserve funny money. Thus providing an illusion all is good when, in fact yet largely ignored, we are picking up speed going down a greased chute toward the bottomless pit of a failed state shouldering the largest debt in human history.

No alarm bells. Well, a few, increasingly issued by establishment economists, but not enough to overcome the squeal of the news cycle with its irrelevancies and distractions.

CNN touched on this reality recently, but it was spun to make Trump look bad and Obama a savior. Bill Maher underscored the Democrat plan—we should allow the economy to crumble, never mind the pain of those well below him on the income ladder—and then around November 2020, blame it on Trump. This is only possible because so many people actually believe a president can dictate the course of the economy.

The US deficit is set to hit $1 trillion in 2020, the CBO says—and Republicans are largely silent.

“While President Trump was tweeting out a claim that he was like the ‘King of Israel,’ it’s clear the only crown he can claim is…the King of Debt,” @JohnAvlon says. #RealityCheck 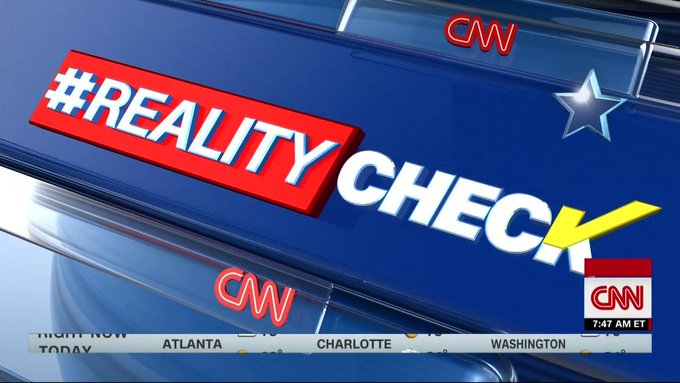 300 people are talking about this

Trump can’t be bothered by all this. He has his priorities. And at the top of the list is a major priority—coddling and excusing the little parasitic state of Israel. He is irritated by thankless American Jews.

Omar, Tlaib, and the United States of Israel 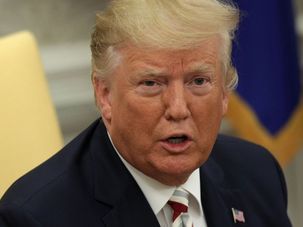 See The Forward’s other Tweets

Trump’s latest tweet of self-aggrandizement excoriates American Jews for not supporting him and appreciating what he has done to condone and pay for Israel’s crimes against the Palestinians—the theft of land, the ethnic cleansing (most recently in Jerusalem), the race lawsofficially creating an underclass of racially inferior Untermensch​, and endless provocations against Israel’s neighbors, including subterfuge at the highest levels of the US government to start and maintain a number of wars not in the interest of the American people, but are jolly good for the Zionists in Israel and their long-held dreams of regional domination. That domination, according to Israeli thinkers, dictates the destruction of surrounding cultures and societies. It also requires Israel team up with the most violent and religiously intolerant country in the neighborhood, Saudi Arabia.

SPECIAL ANALYSIS: Will Trump give #Israel the green light to declare sovereignty in the West Bank? All signs point towards yes but a land grab may hurt Israel in the long run. “Israel Chooses Short-Term Land Grab over Long-Term Legitimacy” by @mikopeledhttps://www.mintpressnews.com/with-trumps-help-israel-land-grabs-long-term-legitimacy/261398/ …

If #Netanyahu moves forward with Trump’s outrageous push for annexation, it will kill Zionists’ arguments that Israel has legitimacy or the right to exist. 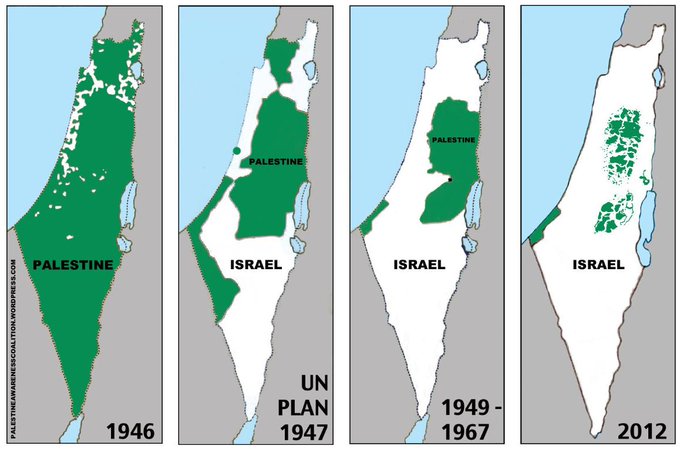 27 people are talking about this

Of course, the Israelis love Trump—for now—because he talks and acts like a Zionist, unlike Obama who didn’t grovel at Netanyahu’s feet, although the same “special relationship” remained cemented into place and the uninhibited flow of money continued to encourage the bad behavior of the Likudniks.

Root: Jews in Israel Love Donald Trump ‘Like He’s the King of Israel’

Two-thirds of American Jews are Democrats. They hate Trump for the same reason goyim Democrats hate him—the media-created impression Trump is a white nationalist, a white supremacist, the nearest thing to a Hitler figure ever witnessed in American politics. The assumption, based on this distorted factoid, is that like all white supremacists, Trump hates not only blacks, Latinos (“invaders”), and Muslims, but also Jews. This supposed racism has yet to be reasonably verified, but this doesn’t matter. In America, thanks to the state’s Mighty Wurlitzer control of media, biased speculation and crass defamation become reality.

But wait a minute. This accusation doesn’t hold up to the facts. The facts are that Trump is under the influence of his ultra-Zionist and Orthodox Jewish son-in-law and his wife, who dutifully converted to Judaism. His presidential campaign was financed by casino magnate Sheldon Adelson and many of his advisers and cabinet are Jewish and staunchly pro-Israel.

Trump claims he’s the messiah. “I lack the celestial sources to fact-check Trump’s claim. But as messiahs go, King Donald of Israel, Blessed Be His Name, appears to be a false prophet.” https://wapo.st/2P7pBKp?tid=ss_tw …

Opinion | Trump claims he’s the messiah. Maybe he should quit while he’s ahead.

Or at least, he should quit while he’s less behind.

Trump’s over-the-top love of Israel and its Likud leadership is an embarrassment for many American Jews. He’s a chump for the Zionist state. Many Jewish Democrats prefer the quiet Obama years of behind the scenes support for Israel. They don’t want this magniloquent washed-up real estate clown supporting Israel. It makes them look bad and draws unwanted attention to crimes American supporters of Israel habitually ignore.