Video: Military Escalation in the Middle East. Israel Carries Out Strikes on Syria, Lebanon and Iraq

The situation in the Middle East is once again escalating.

On August 24, Israeli warplanes bombed what the Israeli military described as ‘Iranian targets’ near the town of Aqraba south of the Syrian capital, Damascus. The Syrian air-defense forces intercepted several hostile missiles. However, the rest of them hit the target.

According to claims by the Israeli side, the targeted positions were used by the Qods Force of Iran’s Revolutionary Guard Corps and affiliated units to prepare an attack on Israel with several armed drones. The Israeli military also released a satellite image of the positions its warplanes struck claiming that the image shows Qods Force Operatives’ building and a weapons warehouse. 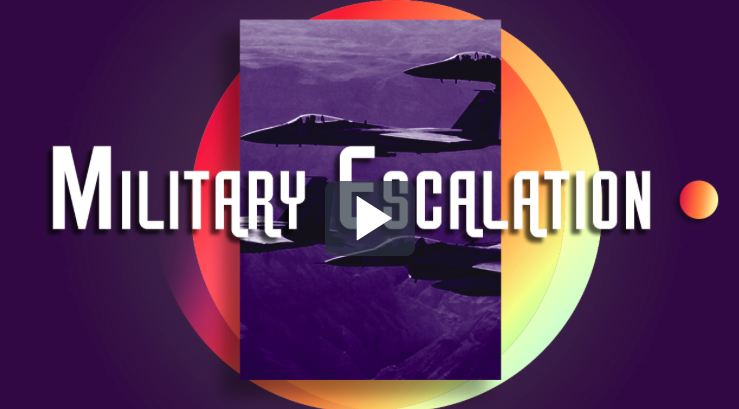 Early on August 25, an explosion rocked Beirut’s Southern Suburb, known as the stronghold of Hezbollah. According to initial reports, two Israeli drones crashed in the area. Later, Hezbollah clarified that the drones were rigged with explosives and attacked the group’s media center.

“The first drone fell without causing damage while the second one was laden with explosives and exploded causing huge damage to the media center,” Mohamed Afif, the group’s spokesman said adding that the inactive drone is in the Hezbollah hands now.

Later on the same day, Hezbollah Secretary-General Hassan Nasrallah made an official statement on the situation vowing to shoot down Israeli drones flying over Lebanon. Nasrallah also promised that Hezbollah will respond to recent Israeli airstrikes on Damascus, which killed two fighters of the Lebanese group.

These developments were followed by a mysterious airstrike on a convoy of the Iraqi Armed Forces’ Popular Mobilization Units (the part of the military often describe as Iranian proxies by US-Israeli media) near the Syrian border. The strike destroyed at least 3 vehicles and reportedly killed a PMU officer.

The recent increase of Israel military actions across the region accidentally came ahead of the election into Israel’s Knesset in September 2019. It seems that once again the current Israeli leadership is escalating the situation in the region to secure a local political victory.

We call upon Global Research readers to support South Front in its endeavors.

If you’re able, and if you like our content and approach, please support the project. Our work wouldn’t be possible without your help: PayPal: southfront@list.ru or via: http://southfront.org/donate/or via: https://www.patreon.com/southfront