Situation with #Iran is a very serious matter.

This is one of those #3amcalls that requires steady & serious American leadership.

We must bring forth the irrefutable proof that Iran attacked not just #SaudiArabia but the global economy.

After oil facilities in Saudi Arabia were attacked, members of Congress seek information about the culprit and debate whether military action will be necessary

859 people are talking about this

Not to worry, Marco—the Saudis are on it.

No, wait. Early today the Saudis produced a pile of junk and said it came from Iranian drones and missiles.

The Saudi defense ministry briefing said the wreckage showed the attacks were “unquestionably sponsored by Iran”.

Spokesman Turki al-Malki showed off what was said to be a delta wing of an Iranian UAV (unmanned aerial vehicle) along with other weapons debris.

#BREAKING#SaudiArabia: The missiles launched from #Iran not #Yemen#Saudi displayed drone and #missile debris it said was undeniable evidence of #Iranian aggression. A total of 25 drones and missiles were used in the attacks https://www.reuters.com/article/us-saudi-aramco/trump-orders-more-iran-curbs-as-saudi-readies-attack-evidence-idUSKBN1W30TS …#IRGCTerrorists

This assemblage of junk put on display for the media proves absolutely nothing.

Regardless, it will be used by the medieval kingdom and US neocons to blame Iran.

In response to the charred collection of metal, Donald the Clueless decided to impose yet another round of sanctions designed to punish the people of Iran.

U.S. President Donald Trump on Wednesday said he ordered a major increase in sanctions on #Iran as #SaudiArabia displayed remnants of drones and missiles it said #Tehran used in a crippling weekend attack on its oil facilities. https://reut.rs/305HG0l

President Donald Trump on Wednesday said he ordered a major increase in sanctions on Iran in the latest U.S. move to pressure Tehran, which U.S. officials say probably carried out a crippling weekend…

Col. Al-Maliki thinks you’re an idiot—and you are if you believe Iran is the top sponsor of terror in the world. That designation is reserved for Saudi Arabia, the United States, and Israel. 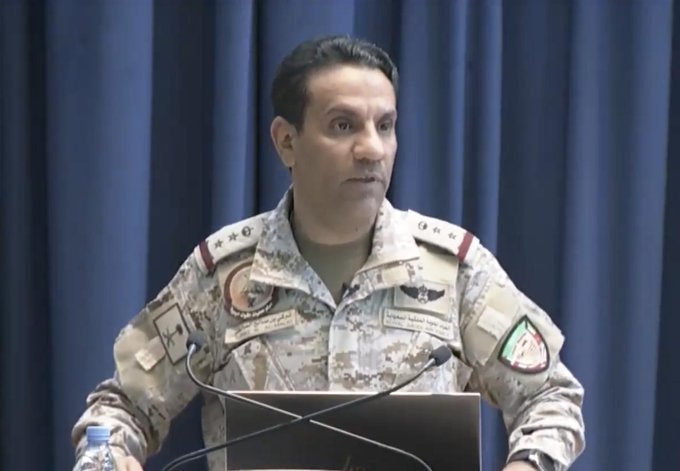 #LIVE: Col. Al-Maliki – Iran’s malign activity is a threat to all, not just #SaudiArabia as they support terrorist groups all over the worldhttp://cutt.ly/IwKVyBn 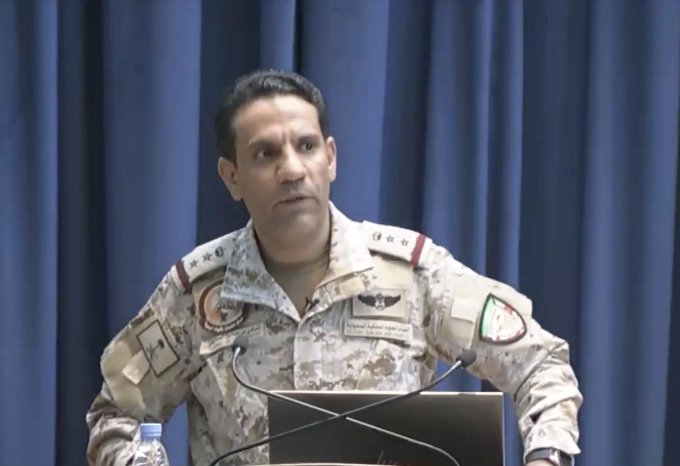 We’re told Iran supports the “terrorism” of Hezbollah, Hamas, and other Palestinian groups, including Islamic Jihad, and the Popular Front for the Liberation of Palestine-General Command.

Let’s not forget that Hamas was shepherded by Israel. Back in the day, the Zionists figured they could defeat the PLO by nurturing Palestinian Islamists. After the so-called Six Day War, Israel released Sheikh Ahmed Yassin from prison. Yassin went about building Hamas in the 1980s. The Israelis subsequently assassinated the wheelchair-bound imam with a Hellfire missile fired from a US-manufactured Apache helicopter.

David Shipler, a former New York Times reporter, later recounts that he was told by the military governor of the Gaza Strip, Brigadier General Yitzhak Segev, that the Israeli government had financed the Islamic movement to counteract the PLO and the communists. According to Martha Kessler, a senior analyst for the CIA, “we saw Israel cultivate Islam as a counterweight to Palestinian nationalism”… Yassin also receives funding from business leaders in Saudi Arabia who are also hostile to the secular PLO for religious reasons. The Saudi government, however, steps in and attempts to halt the private funds going to Yassin, because they view him as a tool of Israel.

As for Hezbollah, we never get a straight answer from the corporate propaganda media. If we follow the “news,” it appears Hezbollah came out of nowhere with a psychopathic desire to kill Americans and Israelis.

Brookings and others claim Hezbollah is an Iranian “export.”

Hezbollah’s methods have evolved as its military and political powers and sophistication have expanded since the mid-1980s, with Lebanon itself rather than American citizens now held hostage. But then as now, Hezbollah serves as the most successful, and the most deadly, export of the 1979 Iranian revolution.

This completely ignores the fact Hezbollah came together in southern Lebanon after Israel invaded the country. Consider the following from the neocon-tinged and humanitarian interventionist “non-partisan” globalist think tank:

Enmeshed in poverty and high rates of illiteracy, Shiite peasants concentrated in the south also suffered disproportionately from the Palestinian-Israeli conflict, as the Palestine Liberation Organization (PLO) attacked Israel from southern Lebanon, and the Israelis retaliated in kind. Given years of PLO abuses, Shiite residents of the south briefly welcomed the 1982 Israeli invasion, although Israeli tactics quickly alienated them, driving thousands from ancestral villages to the slums of Beirut’s impoverished southern suburbs.

Samia A. Halaby provides perspective, not that we should expect the “Newspaper of Record,” The New York Times, to tell us the truth about the Hezbollah self-defense organization.

I think residents of the southern Lebanon, of Palestine, and Iraq, especially the poorer ones and the working class are tired—way, way beyond feeling that this is ‘unfair’. We have suffered US/Israel behavior since way before 1948. Hezbollah is resistance to this historic attack.

The formation of Hezbollah is a direct result of Israel’s 1978 invasion of Lebanon (Operation Litani) and the 1982 civil war in Lebanon.

The Israelis killed more than one thousand civilian Shiites, leading to a mass exodus of yet more Shiites refugees to the Beirut slums. Israel’s 1982 invasion and occupation of Lebanon bolstered the fortunes of Hizbullah by “providing a politic-military environment that legitimated the group and gave a rationale for its guerrilla warfare. Similarly, the presence of the Western foreign troops in Lebanon, particularly of the U.S. Marines, also boosted the fortunes of Hezbollah, which considered fighting such forces to be as legitimate as fighting the Israeli occupation.”

Is it possible self-defense forces would be organized in Washington State if Chinese troops landed at the Port of Grays Harbor? If US citizens were shelled, massacred, and taken prisoner as thousands of Shia Lebanese were, do you think there might be an uprising and “terrorist attacks” on the invaders?

If Americans suffered like the Shia of southern Lebanon did—particularly those tortured (including children) at the Khiam detention center—wouldn’t resistance and retribution be justified?

Two former detainees from the infamous Khiam prison tell L’OLJ about the role of the former military leader of the South Lebanon Army.

The torture was carried out by the South Lebanon Army (SLA), an Israeli proxy.

According to the World Heritage Encyclopedia:

The SLA was closely allied with Israel. It supported the Israelis by fighting the PLO in southern Lebanon until the 1982 invasion. After that, SLA support for the Israelis consisted mainly of fighting other Lebanese guerrilla forces led by Hezbollah until 2000 in the “security zone” (the area under occupation after a partial Israeli withdrawal in 1985). In return Israel supplied the organization with arms, uniforms, and logistical equipment.

#BREAKING: US Secretary of State Pompeo while in #SaudiArabia: #Aramco attacks an ‘act of war’ by #Iran 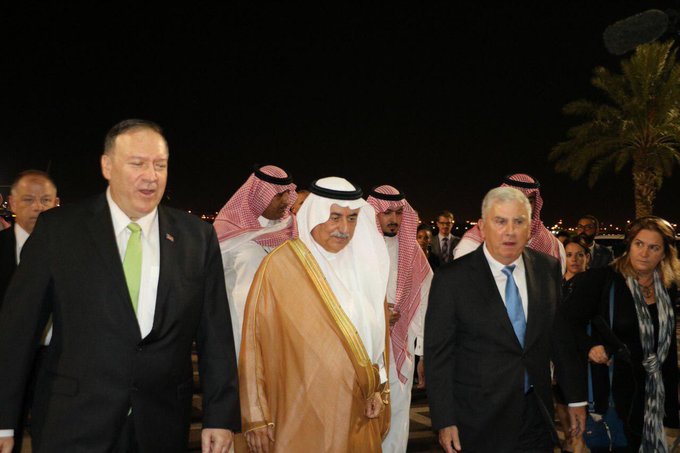 Meanwhile, back home in the indispensable nation, the neocon warmonger from South Carolina said the attack represents an “act of war.”

Senator Lindsey Graham: “This attack on the oil refinery, by any reasonable definition, is an act of war. It is attacking the world economy the stability of the oil markets throughout the world.” 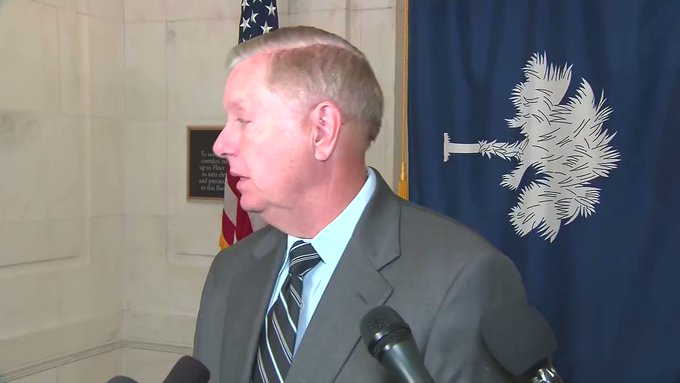 At this point, it is unlikely Trump will unleash the dogs of war on Iran—that is if he wants to be re-elected next year. He has vacillated repeatedly on Iran and this drives the neocons to distraction. More false flags are likely in the works.

However, this time may be different. It is reported Trump is drawing up plans to hit Iran. “Donald Trump is drawing up a hit-list as he hatches plans to clobber Iran following the attacks on the world’s largest oil plant in Saudi Arabia,” reports the ever-so factual and unbiased British newspaper The Sun.

Saudi Arabia attack – Donald Trump draws up plans for military strike on Iran as Tehran vows to shoot down US planes as war fears grow https://www.thesun.co.uk/news/9951469/saudi-arabia-attack-donald-trump-plans-for-military-strike-iran-tehran-shoot-down-us-planes?utm_source=twitter&utm_medium=social&utm_campaign=sharebarweb …

DONALD Trump is drawing up a hit-list as he hatches plans to clobber Iran following the attacks on the world’s largest oil plant in Saudi Arabia.  The US President is said to have been given a “men…

Trump would be a fool to attack Iran. It has the capability to bring oil shipments to a halt and launch missiles at US troops and hardware in the region. This would undoubtedly take down the global economy and precipitate a world war.