US Election Candidates: As Joe Biden Falters, Will Elizabeth Warren Survive the Scrutiny

US Election Candidates: As Joe Biden Falters, Will Elizabeth Warren Survive the Scrutiny

Despite early polls which showed some of the ‘top tier’ Democrat candidates beating Trump in a general election,the last DNC debate left considerable question as to whether there was enough substance on that stage to win the White House.

With Biden consistently exhibiting an incoherent, rambling vision on any aberrant topic that suddenly manifests in his mind, the least disruptive way to eliminate him is to manipulate the polls as Bernie’s rating is also reduced while accelerating a highly problematic Warren, who is more acceptable to the DNC.

In an attempt to further control the campaign’s selection process and the party’s final nominee, the DNC is preparing to increase its requirements for future debates; thereby limiting the stage to its most favored candidates (not including Bernie) from the moderate, bobbing head wing of the Democratic Party.

As the DNC plods along repudiating its name with its undemocratic behavior, it attempts to convince the partys rank and file that their anointed candidates are The Best, each a model of excellence, virtue and superiority. The truth is that the Dems have little to offer but divisiveness as they continue to deny the reality of being in the throes of an institutional meltdown unlike anything they have previously experienced.

The Quantum world makes its presence known with the Paradigm Shift upon us, intent on demonstrating its ability to disrupt the nature of reality as it roots out institutional corruption with the Department of Justice and FBI scandals as prime examples. Stuck in the materialist way of thinking, the Dems continue to flounder solely focused on the partisan virtue of identity politics with outdated candidates promoting outdated solutions to outdated ideas. 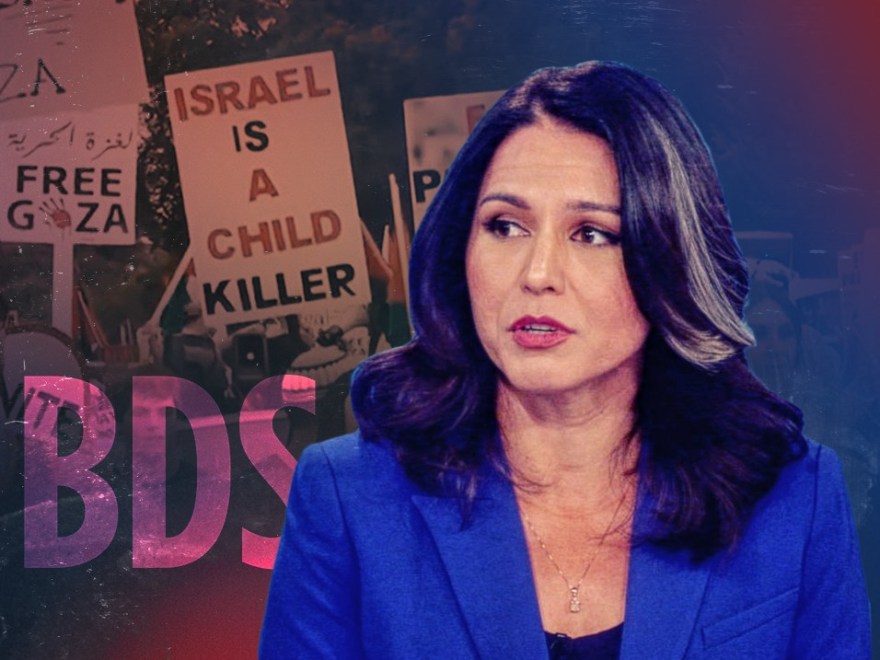 As the Dems reject independent thinkers like Tulsi Gabbard and John Delaney who offer an opportunity to heal the acrimony and re-envision a 21st Century society, the DNC and its establishment candidates are reminiscent of a coven of lost, directionless souls.

Here is a closer look at two of the ‘top tier’ candidates being groomed with former Veep and Sen. Joe Biden holding a tenuous lead. Perhaps the most significant question of the evening came from ABC reporter Linsey Davis as she asked a visibly snickering Biden about race and inequality in schools.Davis began with a Biden quote from a 1975 interview:

Davis:“You said that 40 years ago but as you stand here tonight, What responsibility do Americans need to take to repair the legacy of slavery in our country?”

Biden “They have to deal with, look…there is institutional segregation in this country and from the timeI got involved I started dealing with that; red lining, banks, making sure that we are in a position where, look..…I propose that we takethose very poor schools, the Title l schools,
triple the amount of money we spend from $15to $ 45billion a year, give every single teacher a raise to the equal of getting out to the $60,000level; Number two make sure that we bring in to help the students, the teacher deal with the problems that come from home.The problems that come fromhome…we need, we have one school psychologist for every 1500 kids in America today.It’s crazy. The teachers

are..I’m married to a teacher, my deceased wife is a teacher. They have every problem coming to them.

We have to make sure that every child does in fact, have 3, 4 and 5 year olds go to school, school not to daycare, school.   We bring in social workers into homes of parents to help them deal with how to raise their children.  It’s not like they don’t want to help; they don’t know quite what to do.  Play the radio, make sure that the television, excuse me, make sure the you have record player on at night, the phono…  Make sure the kids hear words.  A kid coming from a very poor school, a very poor background will hear 4 million words fewer spoken by the time they get there.  there’s so much we…”

Biden:“I’m going to go on like the rest of them do, twice over. Here’s the deal, we’ve got this a little backwards. And by the way, in Venezuela.We should be allowingpeople to come here from Venezuela. I know Maduro. I’ve confronted Maduro.Number two. You talk about the need to do something in Latin America.I’m the guy who came up with $740 million to see to it that those three countries change their system so these people don’t have a chance to leave.You’re acting like we just came up with this yesterday.”

Looking lost and bewildered in the aftermath of a disastrous performance, the MSM shielded Biden from provocative headlines, raised no questions as to his mental competence or questioned his views on race relations.Like the DNC itself,Biden’s ability and energy to conduct a coherent, vigorous 2020 campaign is questionable as each may wander as wounded, confused dinosaurs struggling to approach the finish line.

Gun Control and the Filibuster

In response to a discussion on gun control, Sen. Elizabeth Warren (D-Mass) said:

…”why doesn’t it happen?The answer is corruption pure and simple.We have a Congress beholden to the gun industry and unless we’re willing to address that head on and roll back the filibuster we’re not going to get anything done on guns.I was in the US Senate when 54 Senators said let’s do background checks, let’s get rid of assault weapons and with 54 Senators, it failed because of the filibuster.Until we attack the systemic problems, we can’t get gun reform in this country.”

In 2010 the Democratic- controlled Senate conducted hearings on the filibuster and in 2013voted 52-48 to eliminate the filibuster on executive and judicial branch nominees while leaving the 60 votes requiredto end a filibuster in place.Warrenhas served in the Senate since January, 2013 and was present for the filibuster vote.In other words, it is preferable to blame an opposing political target rather than accept responsibility for Congressional ineptitude.

In 2015, the Republicans took control of the Senate and kept the 2013 rules in place.In addition, Warren is apparently unaware that the Democratic-controlled Congress in 2010 made no attempt to restore the assault gun ban that had expired in 2004.As a one-dimensional thinker, Warren has yet to make the connection between a ‘terrorist’ hate attack under the influence of psychotropic drugs and/or MK ultra as perpetuated by those who would benefit from civil discord.

While the ACLU supports “reasonable restrictions that promote public safety” and opposed an Obama Executive Order that would have registered thousands of Social Security recipients with mental disabilities as part of the Background Check System, the ACLU does not oppose the Second Amendment as it represents a collective Constitutional right rather than an individual citizen’s right.

Debate monitor Jorge Ramos of Univision News led the questioning on immigration proving that there is no rational discussion possible with Democrats if there is disagreement on one of their core policies such as open borders.With not a whit of objectivityor a trace of critical analysis, the candidates spoke with one voice, fanning the flames of divisiveness, each expressing their vehemence as the Dems are unable to separate a politically-charged issue from the reality of millions of illegal immigrants requiring health care, education, housing and employment.

As Sen. Warren suggested “we have a crisis that Donald Trump created and hopes to profit from politically,” the hypocrisy of the Dems is stunning for those with a memory that predates the 2016 election when the Dems had a very different policy.Here is Bill Clinton’s 1995 State of the Union which was greeted with a bi-partisan standing ovation and Barack Obama’s position, both of which are in sync with Trump’s proposed immigration policy(without the wall). After their 2016 loss, the Dems realized that registering thousands, if not millions of new voters, albeit illegal citizens, would greatly enhance their political fortunes on election day.

Warren was elected to the US Senate largely in recognition for her efforts as Chair of the Congressional Oversight Panel (COP) (2008-2010) and then launching the Consumer Financial Protection Bureau (CFPB) in 2011 which was said to be the panacea to rein in the ever-increasing interest charges on American credit card debt. Today the CFPB presides over an eruption of credit debt and interest payments that are at all time highs as American banks continue to rake in a 49% increase over the last five years with interest payments growing from $101 billion in 2017 to $115 billion in 2018 and $122 billion on 2019.

The COP was approved by a Democratic Congress in 2008 to oversee the taxpayer’s $700,000 investment into TARP (Troubled Asset Relief Program), to address the subprime mortgage crisisand to purchase toxic assets to stabilize the financial sector.During her term as Designated watchdog, not one too-big-to-fail bank or banker was recommended for prosecution and no actions were taken to protect ten million American homes from foreclosure.

Hyped by the MSM as a progressive activist, Sen. Warren supports abolish private health insurance in favor of a government run plan and is in favor offree health care for illegal immigrants.While Warrendid not endorseSen. Sanders in 2016, she is currently consulting with Hillary Clinton as a confidante.

Renee Parsons has been a member of the ACLU’s Florida State Board of Directors and president of the ACLU Treasure Coast Chapter. She has been an elected public official in Colorado, an environmental lobbyist with Friends of the Earth and staff member of the US House of Representatives in Washington DC. She can be found on Twitter @reneedove31. Se is a frequent contributor to Global Research

Democratic Party Candidates for 2020: Who Won the Debate?
The original source of this article is Global Research
Copyright © Renee Parsons, Global Research, 2019
https://www.globalresearch.ca/us-elections-candidates-as-joe-biden-falters-will-elizabeth-warren-survive-the-scrutiny/5690087