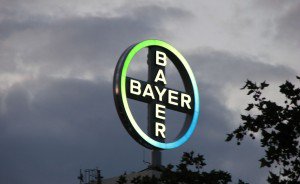 Campaigner and environmentalist Dr Rosemary Mason has just written an open letter to Bayer Crop Science shareholders and Chairman of the Board Werner Wenning. She has also sent them a 13,000-word report. Mason is appealing to shareholders to put human health and nature ahead of profit and to stop funding Bayer. In her report, she sets out why shareholders should take this course of action.

Mason outlines how the gradual onset of the global extinction of many species is largely the result of chemical-intensive industrial agriculture. For instance, she argues that Monsanto’s (now Bayer) glyphosate-based Roundup herbicide and Bayer’s clothianidin are largely responsible for the destruction of the Great Barrier Reef and that the use of glyphosate and neonicotinoid insecticides are wiping out wildlife species across the globe. Mason also argues that the science behind (chemical-dependent) GMOs is fraudulent and that the devastating effects of pesticides on human health can no longer be ignored.

She begins by addressing some of her concerns directly to Werner Wenning and Bayer shareholders. The following is a slightly edited (for clarity) version Mason’s letter to Wenning (and shareholders) and sets the scene for what is in her report.

I have taken the liberty of writing an Open Letter to Bayer Crop Science Shareholders for your next meeting. I apologise because I can’t find the email address of Paul Singer, Founder of Elliott Management Corporation but could you please pass it on. I understand that Elliott disclosed in June that it has a $1.3 billion stake in Bayer and Paul Singer was anxious for a settlement (glyphosate litigation cases in the US).

US District Judge Vince Chhabria in San Francisco suggested a high-profile mediator, Ken Feinberg to lead settlement talks over the herbicide litigation. Has he resolved anything?

I understand that the Monsanto lobbyist organisation Genetic Literacy Project (Founding Director Jon Entine) has suggested that you might take the European Union to Court if they ban glyphosate in 2022. Liam Condon for Bayer Crop Science said: If we feel a scientific process, an established regulatory pathway, is being completely ignored, then of course we’ve got to look at all our options.

As you must be aware, Cancer Research UK protects the agrochemical industry: the CRUK website claims “there is little evidence that pesticides cause cancer”

Michael Pragnell former Chairman of Cancer Research UK (2010-2017), founder of Syngenta and former Chairman of CropLife International, was awarded a CBE in 2017 for services to cancer research. CropLife International was founded in 2001. As of 2015, CropLife International´s member list included the following eight companies: BASF, Bayer CropScience, Dow AgroSciences, DuPont, FMC Corp, Monsanto, Sumitomo and Syngenta. Many of these corporations make their own formulated glyphosate. CRUK said that there was little evidence that pesticides caused cancer. CRUK, the CMO England and PHE, linked cancer to alcohol, obesity and smoking. They blamed the people for ‘lifestyle choices’.

But I have warned Lord Gardiner of Kimble, Under-Secretary of State for Defra, that when the British people wake up to the fact that pesticides are responsible for their reduced life expectancy (and the fact that they spend the last 16-20 years or so in poor health), Defra may be taken to court for re-registering Roundup when they knew it not only caused cancer but a host of other problems that have been outlined in my document.

Jon Snow, in the Channel 4 Report ‘Extinction Britain: Wildlife survey shows shocking declines in animals’, noted that 14% of UK wildlife faces extinction. Jon Snow has finally told the truth: “We all thought it was climate change. Now we are told we are actually poisoning the land with our agriculture.”

The National Farmers’ Union, the Crop Protection Association and the Agricultural Industries Confederation combined to lobby the EU not to restrict the 320+ pesticides available to them.

Mandated by the UN Environment Assembly in 2016, this agenda seeks to alert policymakers and other stakeholders to the critical role of the sound management of chemicals and waste in sustainable development. It takes stock of global trends as well as progress made and gaps in achieving the global goal to minimize the adverse impacts from chemicals and waste by 2020.

However, there is Continued growth in the pesticide/crop protection industry

“Pesticides include herbicides, insecticides, termiticides, nematicides, rodenticides and fungicides. These products are largely used for crop protection in agriculture. Today the industry is valued at over US dollars 50 billion and there are around 600 active ingredients. Herbicides account for approximately 80 per cent of all pesticide use (Phillips McDougal 2018).”

Do you really want to put your money into two corporations that lied about the safety of their products for more than 40 years and continue to produce BIOCIDES for agriculture; chemicals that are weapons of war and kill all life?

Bayer Crop Science, the former IG Farben, a private chemical company allied with the Nazis in WW2, built a factory and a concentration camp at Auschwitz. IG Farben was probably the most well-known corporate participant in the Holocaust, and the company’s history sheds a chilling light on how genocide became tied in with economics and business.

The following lists just some of the key bullet points from Mason’s report. A wide range of peer-reviewed studies are listed in support of the claims made. Readers are strongly urged to access it in full via the acadameia.edu site.

Pesticides in the Dock: Ecological Apocalypse but Business as Usual
*

Colin Todhunter is a frequent contributor to Global Research and Asia-Pacific Research.