Iran Is Almost Encircled by at Least 45 American Military Bases. Who is Really Threatening Whom

Iran Is Almost Encircled by at Least 45 American Military Bases. Who is Really Threatening Whom 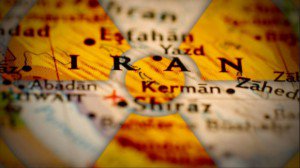 A month ago president Donald Trump spoke of his desire to “avoid” war with Iran, as anxieties simmer between the United States and this large, diverse Middle East country. It is likely that the Trump administration is sincere in its hope to steer clear of a full-scale military conflict against Iran, as bitter memories of the debacle in Iraq remain prominent in Washington.

Yet there may also be other factors lurking in the background for the present denigration of Iran, that go almost unmentioned. Trump himself is quite likely exploiting the tensions with Tehran for political purposes, in a bid to boost his chances for re-election in November 2020.

Concocting images of fierce enemies abroad is an old ploy utilised by politicians in order to improve one’s popularity, or to win over fearful, uncertain voters with an election on the horizon. Similar stratagems were used by past US presidents, from Ronald Reagan and his supposed concerns over the Nicaraguan Sandinistas that were “just two days’ drive from Harlingen, Texas”; to George W. Bush and how “the murderous tyrant” Saddam Hussein “must not be permitted to threaten America and the world”. Trump’s tactics would seem to be working. Despite the enormous liberal media campaign against him, his approval ratings are slightly higher at this stage by comparison to predecessor Barack Obama during his first term in office.

In the meantime, unlike Iraq or Nicaragua, Iran represents a far greater obstacle to the United States. Trump’s cabinet, like those before it, is surely aware of the challenge that Iran poses to Washington. Geographically for example, Iran is among the most mountainous of all the nations on earth and its highest peak, Mount Damavand, stands at over 5,500 metres tall. Mount Damavand, a potentially active volcano which erupted most recently seven thousand years ago, is located just over 40 miles from Tehran. Iran’s capital is home to more than eight million people, and is a city which itself stands at mountain altitude above sea level.

As with China, Iran comprises one of the world’s oldest human civilisations, dating thousands of years into history. Nor is Iran easily intimidated by Washington, and has consistently pursued policies independent of America during the past 40 years. This has been a continued source of concern in the White House. Iran is a country of especially high importance, due in part to its location at the centre of the world’s greatest energy producing areas. Iran in addition contains the second biggest known gas reserves on earth, and the fourth largest quantities of oil.

When the Iranians look around beyond their boundaries, they are ringed by US forces. There are at least 45 American military bases almost surrounding Iran, positioned around the Persian Gulf and further east. These US bases are situated in Persian Gulf states like Saudi Arabia, Qatar, the UAE, Bahrain and Kuwait, in which there are tens of thousands of American soldiers permanently stationed. There are further American bases erected in Afghanistan, a country bordering Iran to the east, along with almost 15,000 US troops.

Despite the fact that Iran has developed ties with Iraq, the United States also retains military installations on Iraqi soil, through which there around 5,500 American soldiers present.

It has been claimed by Western politicians, like US vice president Mike Pence, that Iran is a major threat to “peace and security”. Yet who is really threatening whom here? Iran’s arms expenditure is much smaller by comparison to Western allies like Saudi Arabia and Israel, not to mention a tiny fraction that of Washington’s. These realities are often overlooked, however – but US intelligence has reported to Congress, in the US capital, that the Iranian arms outlay is continually low by Middle East standards.

US aspirations regarding Iran are to continue in applying heavy pressure against the clerical leadership of Tehran, and especially the Iranian people, in the hope of bringing about critical destabilisation. This is the principal reason underlining the continued US sanctions implemented on Iran. These economic measures are designed to weaken the foundations of Iranian society, stoke dissatisfaction and unrest among Iran’s populace, finally resulting in regime change. Much of the same thinking has been behind Washington’s 60 year embargo of Cuba.

Due to years of the above policies, the Iranian people have become increasingly embittered against America. According to a December 2018 study conducted by IranPoll, more than 80% of Iranians have an “unfavourable view” of the United States.

Iran is not a particularly poor or underdeveloped country. The Human Development Index (HDI) places Iran in 60th position among the countries of the world – which puts Iran just outside the “very high human development” bracket. According to the Human Development Index, the overall living standards in Iran are higher than in major states like Turkey (64th), Brazil (79th), China (86th) and India (130th).

Were the United States to regain control of Iran, it would be a massive boost to American power in the Middle East, and thereby reverse some of their decline elapsing since 1949 with “the loss of China”. President Trump has been increasing America’s military presence in the Persian Gulf, by dispatching greater numbers of US soldiers to the territory. The continued ramping up of tensions could result in some unforeseen incident that may spark a confrontation which would spread. The repercussions of an all-out conflict between America and Iran could literally destroy the Middle East.

Amid all of the Western commentary expounded on Iran over the years, there is an element of truth to the claims that Iran is something of a threat – not to world peace of course. Iranian ambitions are clearly a threat to American hegemony in the Middle East. Tehran has provided assistance to Bashar al-Assad in Syria, a figure that the United States desired to have ousted, and whom Washington views as a long-time ally of both Russia and Iran.

US hopes in Syria have since been dashed with Assad having practically won the war, mainly because of Russian and to a lesser extent Iranian support. Russia and Iran are now the dominant players dictating policy in Syria, with Turkey moving into northern Syria to destroy the Kurdish factions there. Though not as vital a country as Iran, Syria is still a strategically important state that shares frontiers with Israel, Iraq and Turkey, among others.

Iran has furthermore been supporting the Houthi Islamic movement in Yemen, who are in opposition to the US-backed Saudi autocracy, in what has been a brutal civil war directed by Riyadh and made possible with Western arms and funding. Saudi Arabia has been an American ally for many decades, and was described by the US State Department in 1945 as “a stupendous source of strategic power, and one of the greatest material prizes in world history”. Saudi Arabia is a huge oil nation, and today is the largest producer of this lucrative substance on the planet.

Iran is also mistrusted by Washington due to its backing of Hezbollah, the Islamist militant group based in nearby Lebanon to the west. Hezbollah is a long-time opponent of Israel, another key US ally, and is an organisation that was established as a result of the destructive 1982 Israeli invasion of neighbouring Lebanon. Hezbollah eventually drove the Israelis from Lebanon, and the group is by now an integral part of Lebanese society. Hezbollah has been acting as a deterrent to another Israeli attack on Lebanon.

Tehran has likewise been providing financial support for Hamas, the Palestinian association regarded as “a terrorist group” by the US, Israel and the EU. Akin to Hezbollah, Hamas was founded (in 1987) as a response to Israel’s expansionist foreign policy acts, in this case the Israeli occupation of the West Bank and Gaza.

Worryingly from the US and Saudi viewpoints, Iran retains relations with mineral-rich Qatar across the Persian Gulf, in the form of commercial and cultural ties, while the two countries share access to natural gas fields. Qatar holds a southern border with the Saudis, who frown very strongly indeed at their relationship with Iran. One of the main factors behind the recent diplomatic crisis between Saudi Arabia and Qatar, was Riyadh’s dismay at its neighbour’s enduring links to Iran.

The United States strongly maintains its desire to hold sway over the Middle East, an ambition which again dates to the Second World War. Dwight D. Eisenhower, America’s famous general and future president from 1953, described the Middle East as “the strategically most important part of the world”; in other words, a region that America must dominate if she is to preserve her position as the planet’s undisputed top power.

Another of Washington’s core concerns regarding Iran, a Shi’ite-majority country, is the spread of its influence to neighbouring states also rich in resources. Since the Iraq invasion 16 years ago, Tehran has capitalised on the growing strength of the Shi’ite presence in Baghdad by developing closer ties with Iraq – which was a serious defeat for US policy in the Middle East. There are also fears in Washington regarding the possibility that Tehran could increase relations with the Shi’ite minority in eastern Saudi Arabia, where most of the Saudi oil reserves are located.