A few weeks ago I had a terrifying nightmare, so gruesome was it that I awoke screaming. In this dark horror show, I was carving a pumpkin for Halloween.  The cap came off easily and I disemboweled the slimy interior quickly, but as I did, I felt a strange sensation on my hand, as if a tongue were biting it.

When I was finishing carving the face, however, the trouble really started.  The pumpkin head came alive as the eyes and mouth moved and then it started speaking in a voice that was familiar but one I couldn’t place.  Blond hair started sprouting from its head as it started shrieking and bouncing on the table in an hysterical manner.  I jumped back in fear and trembling as it started cackling, “I running, I running.” Blood ran from between the carved teeth and the blue eyes pulsated with the mania of a serial killer in a horror movie.

I awoke with a scream when I realized it was Hillary Clinton. 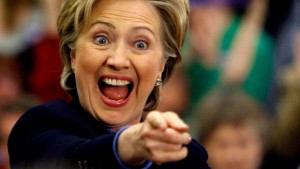 So hideous was this night terror that I kept it to myself. But a week later when the next Democratic pseudo-debate was being promoted, I said to my wife that something told me that Hillary Clinton would be the Democratic nominee and the debates were a sideshow.  She said she thought that would never happen and that Clinton was now hated and done for. I disagreed without recounting my nightmare because to describe it at that point would have induced more retching at the thought of the night monster.

Then this past week during the Democratic debate, the courageous Tulsi Gabbard put the lie to the murderous militarism of U.S. foreign policy and its regime change operations with its use of American supported terrorists in Syria and throughout the world.  She calmly and eloquently denounced the militarist positions of the other candidates standing beside her, as they listened disquieted and disturbed to a patriotic American speaking truth that they dare not even think, so bought and sold are they.

She was a woman alone among a cast of sycophants denouncing the murderous policies carried out by presidents Democratic and Republican and foisted on the American people through a vast network of propaganda, appealing to their worst instincts.  It was a stunning few minutes, for it is so rare, almost unheard of, for a politician to tell Americans the brutal truth about their government.

Democratic Party Candidates for 2020: Who Won the Debate?

To many it was a sign of hope, but to the evil forces that run this country, Rep. Gabbard had gone too far and the knives came out in force, this time led by the pumpkin-headed Hillary Clinton and her accomplices at The New York Times and The Washington Post, who have consistently trashed Tulsi Gabbard in an effort to destroy her candidacy. 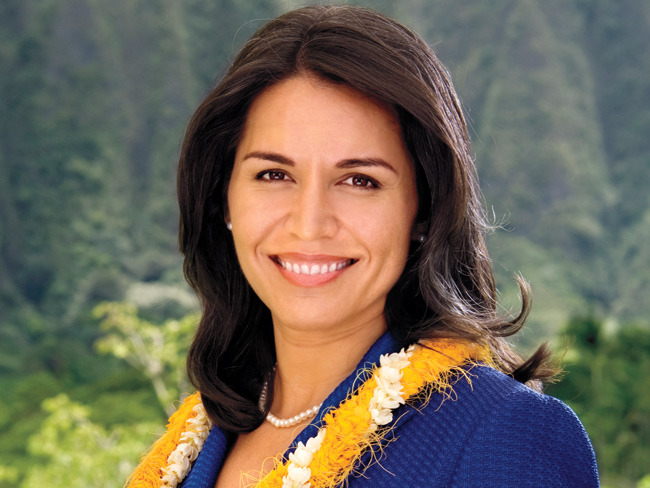 I felt my dream was prophetic when Clinton, in her slimy manner, attacked Tulsi Gabbard, without naming her, by saying,

I’m not making any predictions but I think they’ve [The Russians] got their eye on somebody who is currently in the Democratic primary and are grooming her to be the third-party candidate. She’s the favorite of the Russians. They have a bunch of sites and bots and other ways of supporting her so far.

Well, I ain’t making any prediction either; I’m leaving that up to my nightmare to do my talking.

It tells me that Hillary-O-Lantern, spitting blood, is running and gunning again.

She’s the favorite of the CIA and the military industrial complex and all those who profit from war and live off the deaths of victims everywhere.  They have bunches of sites and bots and fake news conspirators and all sorts of ways of supporting her, which they have been doing for many years, straight through their constructed Russia-gate and Ukraine-gate conspiracies and her barbaric support for wars everywhere, including the destruction of Libya and her joyful response to the fiendish death of Muammar Gaddafi, among so may atrocities.

Tulsi, never cowered, said it straight and true in response:

It’s now clear that this primary is between you and me. Don’t cowardly hide behind your proxies. Join the race directly.

She later said, “I stand against everything she represents.”

Halloween is the time for masks and dissembling. Hillary Clinton is a figure straight out of a grotesque Halloween party, as are her clones in the Democratic party. Tulsi Gabbard was not invited to their party but came anyway, and came to tell the truth about the masquerade.

She has torn off Clinton’s mask and asks the American people to see the true face of Clinton and all her minions, who represent the triumph of war and death, and the sick play we have been living through, an endless war on terror justified by endless lies.

Ancestral voices prophesying war; ancestral spirits in the danse macabreor war dance; Valhalla, ghostly warriors who kill each other and are reborn to fight again. All warfare is ghostly, every army an exercitus feralis (army of ghosts), every soldier a living corpse.

Lying is the leading cause of living death in the United States.

Tulsi Gabbard has told the truth.

Like me, I am sure you don’t want your nightmares to become reality. Let’s live in the truth.

Distinguished author and sociologist Edward Curtin is a Research Associate of the Centre for Research on Globalization.

Posted by Jaime C. on October 21, 2019 in Uncategorized and tagged Hillary Clinton, U.S..