The Trump administration has failed to make protection decisions for dozens of imperiled species as promised in a workplan developed by the U.S. Fish and Wildlife Service in late 2016. The plan aims to address a backlog of more than 500 species awaiting protection, including the wolverine and the Sierra Nevada Red Fox.

In total, the administration failed to designate protected critical habitat or to make decisions about whether species should be added to the threatened or endangered lists for 46 species in fiscal year 2019, which ended Sept. 30. This is the third straight year the administration has fallen behind on the backlog of wildlife needing protection.

“Scientists across the world are sounding the alarm over the extinction crisis, yet the Trump administration won’t even let the fire trucks out of the station,” said Noah Greenwald, endangered species director at the Center for Biological Diversity. “To have any chance at survival, these species need protection, not more delay.”

Overall, the Trump administration has only protected 19 species and only three in all of fiscal year 2019. This is the lowest of any administration at this point in their term.

The 46 species occur in more than 20 states from Florida to Washington and face a plethora of threats.

The secretive black rail, for example, is rapidly losing coastal marshes along the Atlantic and Gulf coasts to sea level rise and development. Whitebark pine is losing its high mountain habitats across the west to climate change and being decimated by an introduced disease. And the yellow-billed cuckoo has lost the streamside cottonwood forests where it lives to the multitude of threats to western rivers, from dams to cows to overuse.

“The double whammy of habitat destruction and climate change is putting species across the country in jeopardy,” said Greenwald. “The Endangered Species Act has saved 99 percent of species under its protection and it can save these plants and animals too, but only if they get the protection they need.”

Scientists recently determined that North America has lost as many as three billion birds in the last 50 years, with many common species having undergone severe declines. One interesting finding of this study is that waterfowl, which have strong regulatory protections for their habitat, actually increased. Likewise, most birds protected under the Endangered Species Act are also stable or improving.

“Despite claims to the contrary from the Trump administration and its polluting industry benefactors, strong laws to protect our land, air, water and wildlife work, particularly if enforced,” said Greenwald. “We’ll definitely go to court to make sure these species get the protection they’re due.” 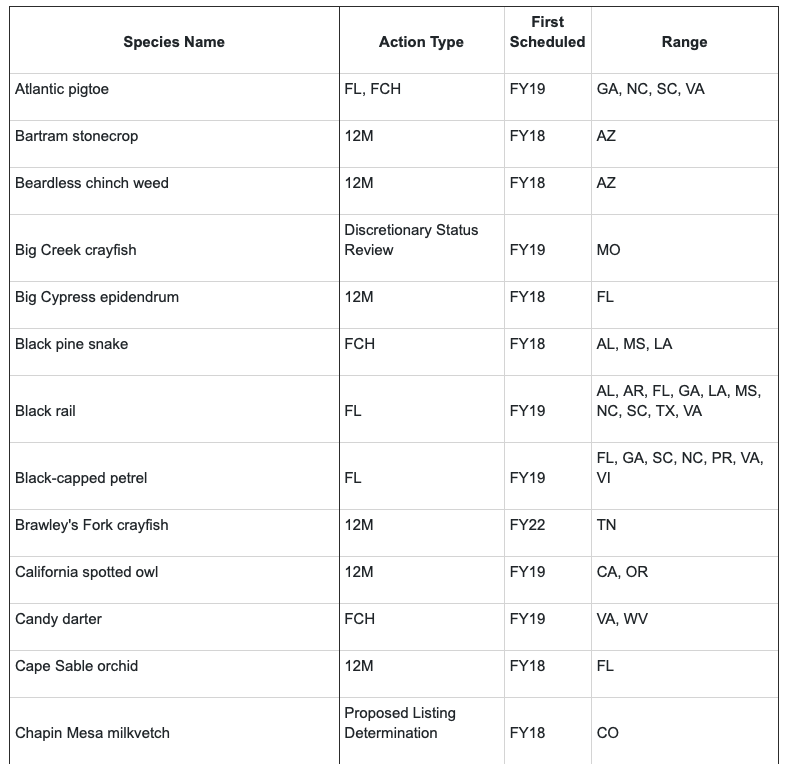 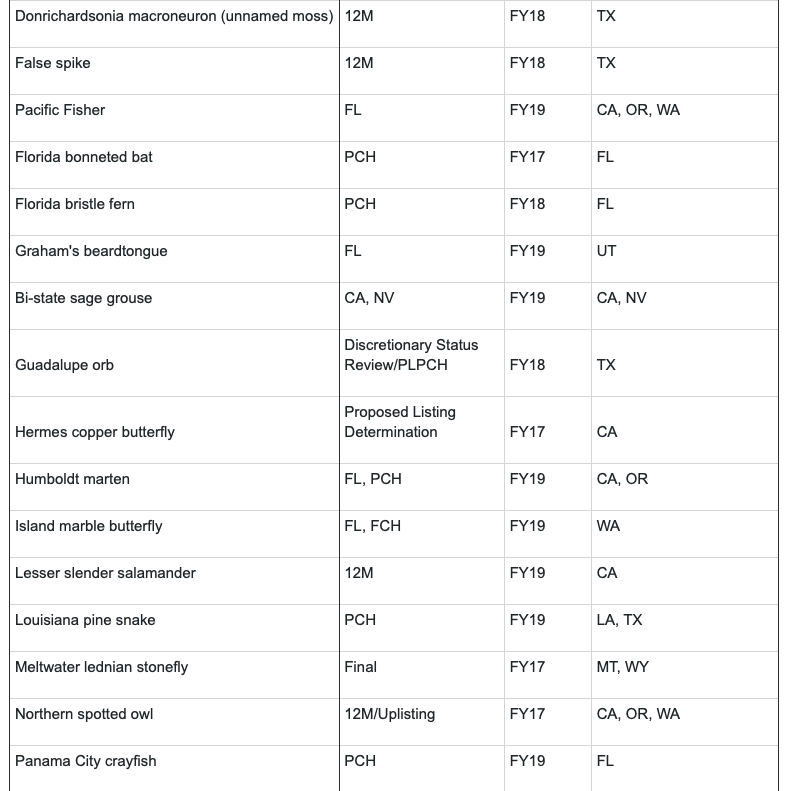 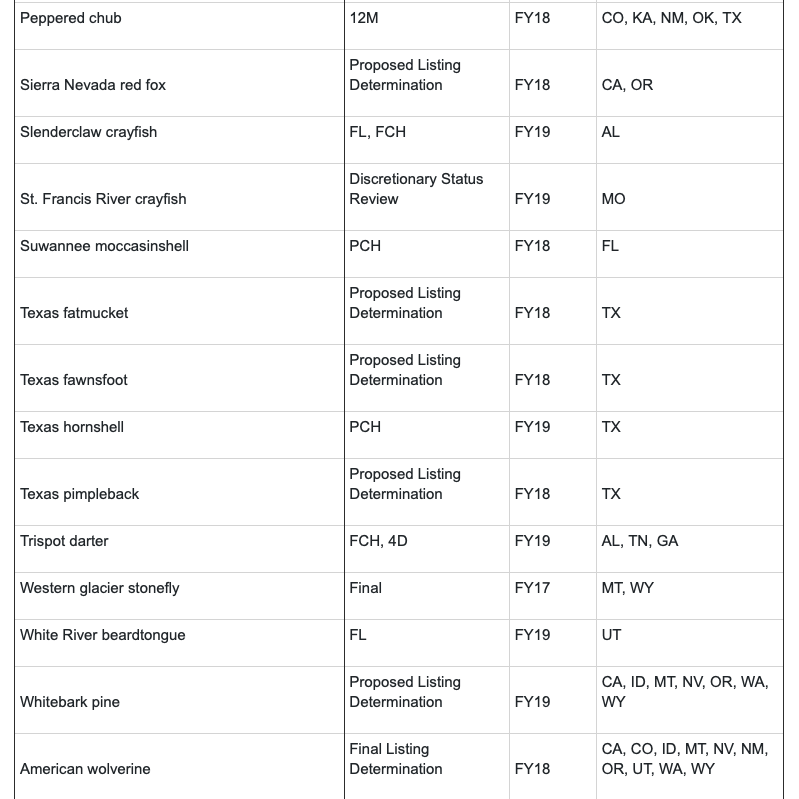 Posted by Jaime C. on October 22, 2019 in Uncategorized and tagged Environment, Law and Justice, U.S..