‘Attention Must be Paid’ to the Sufferings of the Palestinian People 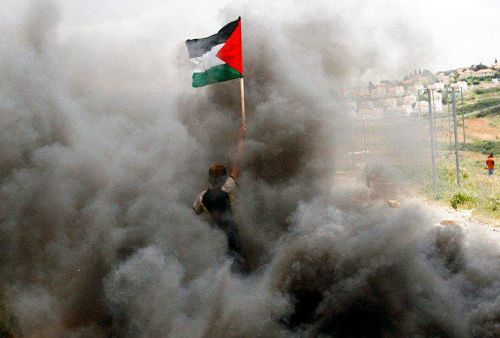 With mass protests roiling Lebanon and Iraq, unsettling developments in Syria and Yemen, and the latest episode of the continuing soap opera that calls itself Israeli politics, little attention is being given to the plight of the Palestinians. One consequence of this neglect is that both Israel and US President Donald Trump’s administration feel they have been given a free hand to accelerate the oppression of the beleaguered Palestinian people.

Two reports passed my desk this week, both of which make this point and require our attention. First, as a result of the loss of US aid to UNRWA, the agency reported that it has been forced to make drastic cuts in programmes and personnel. I will quote freely from the UNRWA report in order to fully establish the magnitude of the loss.

In Gaza, “in order to protect food assistance [UNRWA] provides to one-half of the population, other critical programmes were cut.” These included: All housing subsidies for those still rendered homeless from the 2014 war; drastic reductions in in the “cash for work programme”, cut by 59 per cent, and the community mental health programme, cut by 40 per cent. In addition, UNRWA was forced to end all repairs to the refugee camps’ water and sanitation systems and to end “programs supporting students whose education was impacted by conflict.”

In the West Bank, funding was slashed by 67 per cent, resulting in: Ending the community mental health and mobile health clinic programmes; ending the “cash for work program for 90,000 refugees”, and limiting food assistance to only 30 per cent of eligible refugees. In addition, as a result of cuts to educational programs, the average class size in the West Bank has been expanded from 30 to 50 students. Even more desperate were the cuts to UNRWA programmes serving refugees in Lebanon, Syria, and Jordan.

All of this has been compounded by the Trump administration’s decision to cut funding to American non-governmental organisations that provide important development and humanitarian support to Palestinians throughout the occupied lands.

In addition to being denied essential services by these cruel decisions, Palestinians living under military occupation have been forced to endure continued acts of repression and brutality at the hands of the Israeli military and vigilante settler groups, both of which operate with impunity throughout the West Bank. This brings me to the second report, a weekly cataloguing of human rights violations compiled by Mondoweiss. While these Israeli behaviors are reported only occasionally in the press, seeing them collected, in full, each week presents a horrifying picture of life under Israeli military rule.

Because this last week witnessed the celebration of Jewish holidays, there were a number of incidents directly related to hostile measures taken to allow Israelis to visit holy sites in the West Bank. For example, on October 17, busloads of Israeli settlers, escorted by Israeli army personnel, entered Nablus without permission to pray at the site Jews believe to be the burial place of the prophet Joseph. Since Nablus is within Area A, it is supposedly under the full control of the Palestinian Authority. As Palestinians gathered to protest this incursion, they were fired on by Israeli soldiers. Four were shot and wounded with live ammunition, 17 were injured by rubber bullets and 34 were hospitalised suffering from smoke inhalation.

The Israeli occupation forces also used the holy days to close Hebron’s Ibrahim Mosque to Muslims for two days, giving Jewish worshippers full access to the Mosque. They also closed several major arteries in the West Bank to allow for settlers to travel freely and to hold a “settlers’ marathon race”.

During this same period, the Israeli military invaded at least 14 Palestinian villages, shot and injured nine young men and detained over four dozen. These raids included a number of home invasions, which resulted in extensive property damage and theft, and an attack on a wedding party that witnessed beatings and injuries to some of those present who objected to the soldier’s behaviour.

A continuing reality of daily life in the West Bank are attacks by settlers on Palestinians farming their land located near Israeli settlements and outposts. The most notorious of these occurred in the village of Burin where settlers have engaged in numerous attacks disrupting villagers harvesting their olive crop. This past week, settlers uprooted olive trees, set fires that consumed hundreds of acres of farmland, and beat Palestinians who attempted to stop this vandalism. Settlers also attacked and beat Israeli volunteers who had come to assist and protect the Palestinians of Burin during the harvest.

Settler attacks occurred not only in villages but on roads as well, harassing Palestinians on their way to work. These assaults and the Palestinians’ response to them prompted a bizarre warning issued by the military to some villagers, cautioning them against taking action to resist the settlers’ vigilante behaviour. This was most likely prompted by a warning made by the Palestinian mayor of Sebastia, who threatened to shoot or arrest settlers who might break into the town during the Jewish holidays, or the story of an elderly man who confronted Israeli settlers stealing his olive harvest and was beaten so badly he had to be hospitalised.

The above is only an excerpt of the many instances of abuse encountered by Palestinians during the week covered in the report. Also mentioned were: The shootings by Israeli snipers of 73 Palestinian protestors during the weekly “March of Return” protests that took place at five locations along the Gaza border; a number of home demolitions done either as an act of collective punishment or to limit Palestinian population growth in Jerusalem; continued repressive actions designed to increase Israel’s control of Jerusalem; unprovoked attacks on Palestinian fishermen operating within the three mile limit allowed to them by the Israeli authorities; and the announcement of the construction of 251 new Jewish-only settlement units on Palestinian land.

What is most concerning about all of these horrors is how little coverage they receive not only in the US press but in the Arab World’s press, as well. With events in Lebanon, Iraq, Syria and Yemen dominating the news, the plight of the Palestinians has taken a back seat. When news related to the Israeli-Palestinian conflict receives coverage at all, it is driven by the drawn-out drama of Israel’s dysfunctional political system.

Accounting for this, to be sure, is some weariness with the century-old plight of the Palestinians and some justifiable frustration with the Palestinian leadership, which has lost its ability to inspire confidence. But, while all, of this may be true, it is imperative that Palestinian people not be forgotten. In this context I am reminded of a moving moment in Arthur Miller’s powerful play “Death of a Salesman”. Willy Loman, the salesman in question, is a tragic figure who has done little to earn the support of his two sons. As he nears his final breakdown, his wife speaks to her sons about the respect owed to their father. She says, “… he’s a human being, and a terrible thing is happening to him. So attention must be paid. He’s not to be allowed to fall in his grave … Attention, attention must finally be paid to such a person.”

And so, my dear readers, I urge you to consider that as you focus on all of the other conflicts unfolding across the Arab World, do not forget what is happening to the Palestinian people under occupation. Put aside your weariness and your frustrations and give attention to what they are enduring every single day. “Attention must be paid” before it’s too late.

The original source of this article is The Jordan Times
Copyright © James J. Zogby, The Jordan Times, 2019
https://www.globalresearch.ca/attention-sufferings-palestinian-people/5693465