Russia has the world’s largest natural gas reserves. Iran ranks second. Both nations have far larger reserves than the US, Saudi Arabia and other countries.

When completed, Russia’s Nord Stream 2 will be the world’s longest underwater pipeline, able to deliver 55 billion cubic meters of natural gas from beneath the Baltic Sea, its capacity to be doubled by an additional line.

In early October, Russia’s Gazprom said 83% of Nord Stream 2 construction was completed, nearly 1,300 miles, the remainder to be finished by yearend. (see map below) 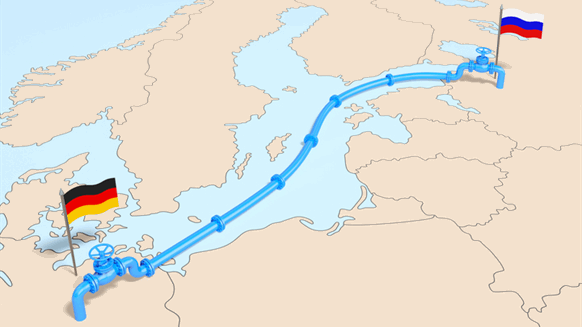 After Russian Foreign Minister Sergey Lavrov met his Danish counterpart Jeppe Kofod at the UN General Assembly’s annual session in September, agreement came Wednesday between both countries “to construct a section of the Nord Stream 2 natural gas pipelines on the Danish continental shelf southeast of Bornholm in the Baltic Sea,” according to the Danish Energy Agency, adding:

Denmark will “allow the construction of transit pipelines with respect to resources and the environment and if necessary to assign the route where such pipelines should be laid.”

According to a Nord Stream 2 statement,

“(p)reparatory work…as well as pipe laying will begin in the coming weeks. To date, more than 2,100 kilometers of two pipeline legs have already been laid.”

“Pipe laying has been completed in the waters of Russia, Finland, and Sweden as well as being nearly complete in the waters of Germany. Work on both onshore sections is nearing completion.”

A statement by the German Committee on Eastern European Economic Relations said the following:

“Each additional import option increases competition on the European gas market and, therefore, benefits all EU countries as well as neighboring states.”

Another Nord Stream pipeline when constructed will carry Russian natural gas to European countries through Denmark, Finland, Germany, and Sweden.

Cost-effective Russian natural gas is around 30% cheaper than US liquified natural gas (LNG), putting US suppliers at a competitive disadvantage.

It’s why the Trump regime has been going all out to undermine the project by threatening sanctions on countries, companies and individuals involved in Nord Stream 2 construction.

Given Russia’s proximity to other European markets, its plentiful reserves of natural gas make it the most reliable, cost effective supplier.

Along with two Nord Stream 1 parallel lines, one completed in May 2011, the second in October 2012, the longest underwater pipeline to that time at 1,222 (759 miles) in length, Russia will be able to supply European markets with 110 billion cubic meters (3.9 trillion cubic feet) of natural gas annually when Nord Stream 2 begins operating.

Threatened US sanctions on countries, enterprises and individuals involved in Nord Stream 2 haven’t been imposed.

Germany’s economic affairs and energy minister Peter Altmaier said purchases of US LNG will only be made to supplement Russian gas if needed, provided the price is right.

With Nord Stream 2 nearing completion, the project strongly backed by Germany, it’s too late for the US to undermine it.

Owned by Gazprom, half the construction cost of about $10.5 billion is being paid by Germany’s Uniper and Wintershall, Austria’s OMV, France’s Engie, and the Netherlands’ Royal Dutch Shell.

Posted by Jaime C. on October 31, 2019 in Uncategorized and tagged Oil and Energy, Russia.