gallery NATO Terrorism in Syria and Other War Crimes: 15 Martyred in Al-Bab

NATO terrorism was unleashed throughout Syria, on 16 November, beginning with the bombing in Al-Bab that martyred 15. While transatlantic Mockingbird teams oiled their spectator egos, watching the Schitt Show impeachment hearings, their adored ‘freedom fighters’ were busy slaughtering more Syrians.

Fifteen Syrian civilians were murdered, and an undisclosed number were injured, on Saturday, when savage cowards remotely detonated a vehicle in Al-Bab City, in Aleppo countryside. There was huge damage to people’s homes, businesses, and other properties from this heinous atrocity.

Take a look at the aftermath, and imagine your children bearing witness to some 45 liters of blood and various body parts in your streets: 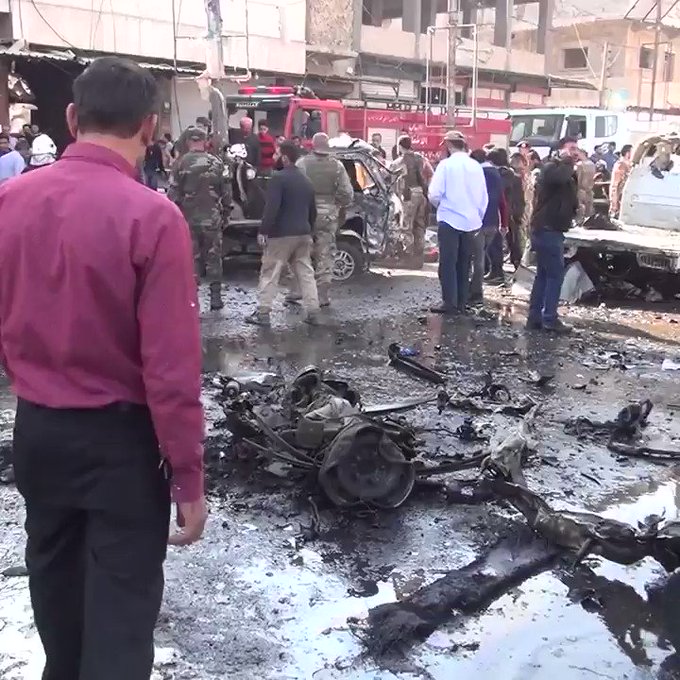 29 people are talking about this

NATO terrorists were not as successful in sating their blood lust in al Ra’e village, northeastern Aleppo countryside, as they were in Al-Bab, though. The remote detonation of a vehicle left near the al Waqef roundabout merely injured one person.

Also on Saturday, al Qaeda gangs in Idlib — beloved by the criminal clique running the UN — fired multiple rocket bombs on the towns of al Jid and al Rasif in Hama northwest countryside. There was material damage to homes, farmlands — what ‘freedom fighter’ does not wish to destroy essential farms? — with no reports of casualties.

Again on 16 November, lineman Bassam Abu al Hawa was injured in a landmine explosion between al-Sheik Maskin and Ibta’a towns in northern Daraa countryside. Landmines are the gifts left behind by NATO terrorists fleeing the Syrian Arab Army; they continue to be a brutal problem, despite sporadic mouth noises from the UN. Injured by flying shrapnel while working on “the rehabilitation of [a] low voltage power line in the area” (courtesy of other terrorist destruction of infrastructure), Mr. al Hawa was admitted to Daraa National Hospital (a real hospital, not a cave for al Qaeda weapons). We refer our readers to Syria News report on The Syria Electricity Army, whose soldiers fight to re-electrify their country, despite illicit sanctions, death, dismemberment, and other injuries, courtesy of NATO terrorists & US taxpayers.

NATO weapons do not fall, like manna from the heavens, into al Qaeda killer arms, in Syria. They are delivered illicitly, through criminal corridors which breach Syria’s borders, from Turkey, from Iraq, from the Israeli occupied Syrian Golan.

Tens of millions of US taxpayer dollars have been spent to arm al Qaeda in Syria. These monies are spent on carnage and infrastructure destruction, while American cities suffer explosions of homelessness and mass occurrences of contagious diseases such as cholera, Hepatitis A, typhus, Group A Strep, and antibiotic-resistant tuberculosis — while hospital universities such as Philly’s Hahnemann are closed.

n 16 November, the Trump regime occupation forces again illegally entered Syria, to deliver yet another convoy of trucks, and military equipment into Qamishli. These criminal deliveries have been ongoing since early August. This one illegally arrived from Iraq and included cement blocks for fortifications of foreign, illegal military bases in the Syrian Arab Republic.

This war criminal shipment involves the use of the tattered remnants of the US created SDF separatist/ traitorous/ cannon fodder not amenable to reconciliation with its country, instead preferring betrayal and submission to betrayers.

It is unlikely armchair specialists enjoying the Schitt show will pull themselves away to become cognizant of the massive carnage in Al-Bab, and of other war crimes by NATO terrorists in Syria on 16 November.

UPDATE: New reports claim the person who carried out the cowardly remote detonation bombing in Al-Bab is an alleged former member of the Hamzat terror gang, loyal to that other unindicted NATO war criminal, Erdogan. The reports further claim that he was ‘captured’ by his brethren of the Orwellian-named “National Army” wetworkers militia which operates under Turkish ”intelligence” occupation troops, that the mass-murderer was handed over to them with the call to Erdogan’s criminals to execute him.

Perhaps they will give him an award, instead. 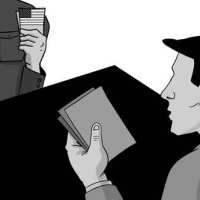