The Crumbling of America

In June of 2013 an Interstate bridge on a main commercial corridor between Seattle, Washington and Vancouver, Canada, collapsed and fell into the river below after being hit by a truck. This was not a high-speed collision; the truck simply bumped one of the main support pillars at low speed, but the weakened and dilapidated pillar broke from the strain and, without that extra bit of support, the entire bridge immediately collapsed. In prior examinations, the heavily-travelled bridge had not only been rated as functionally obsolete but structurally deficient and requiring replacement.

This is only one of thousands; the great majority of the physical infrastructure of the US is in a similar condition, involving roads, dams, bridges and more. More than 160,000 bridges in the US are officially categorized as dangerous, at risk of collapse, with such collapses now regularly occurring. (1) (2) (3)

Most American infrastructure was built in the early to mid-20th century, the continent having been simultaneously wired for electricity and phone service while constructing large projects like the Hoover Dam and the Golden Gate Bridge, as well as the interstate highway system along with thousands of smaller bridges, tunnels and more. But the US has spent almost no money on maintenance and repairs on any of this infrastructure for almost 60 years now. The situation today is dire and in many instances critical, but money is no longer available. Roads and highways alone require more than $100 billion per year; bridges would require many hundreds of billions per year indefinitely. Most are reaching the end of their useful life and repairs alone will not suffice; replacement will become increasingly necessary. 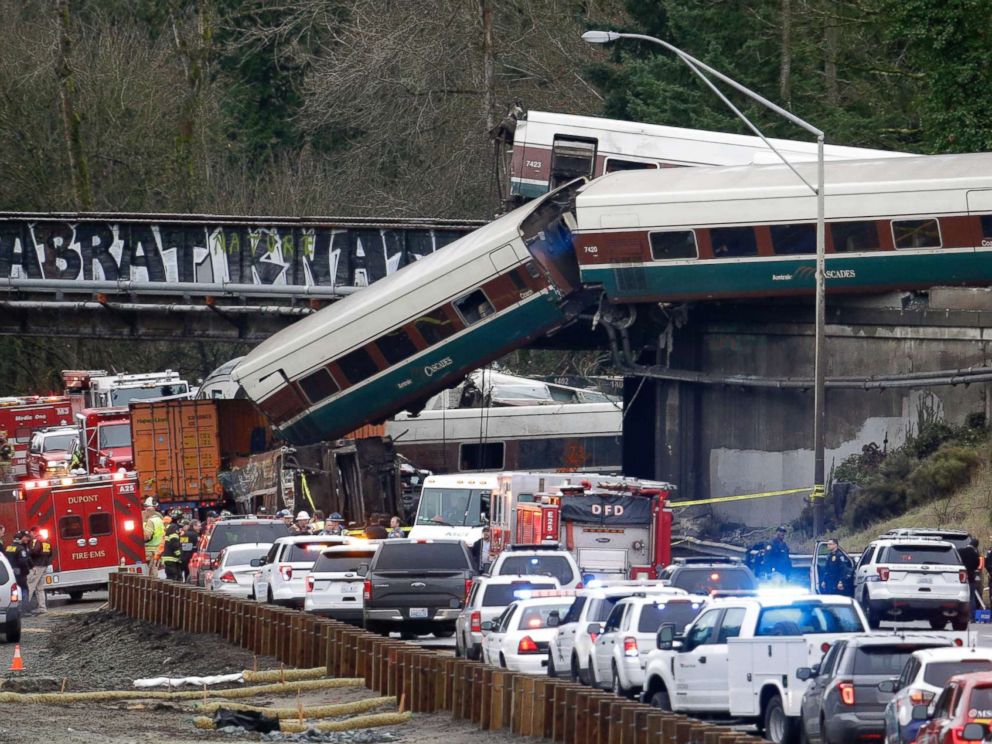 More than 4,000 dams in America were classified as unsafe and dangerous by the American Society of Civil Engineers, who noted that failures were increasing at a disturbing rate with about 40% of all US dam failures since 1875 having occurred in only the last ten years. In one year, 2004, in only one county in New Jersey, 30 different dams failed or were severely damaged due to heavy rainfall. In only one 5-year period ending in 2006, 130 major dams failed and the US experienced 1,000 of what the engineers called “dam incidents” which revealed deficiencies so serious as to threaten the integrity of the dam. In one major case, the US saved a dam only by opening the flood gates and releasing all the water. Engineers claim the number of unsafe dams is increasing much faster than those being repaired. (7) (8)

Before Hurricane Katrina devastated New Orleans in 2005, engineers wanted to rebuild the levees to prevent their collapse, but the $1 billion cost was unaffordable. After Katrina, the federal government had to spend $17 billion on a poor-quality repair, leaving many of the original problems unresolved.

The US has more than 300,000 Kms. of highways, most of which were built in the 1940s and 1950s and which have seldom received adequate maintenance. In Washington, the nation’s capital, 65% of all roads and highways today require either substantial and expensive overhaul or total replacement. Many US states today are tearing out their hard-surfaced highways, and reverting to gravel and dirt-surfaced roads that were common in the 1950s, since the highways, like the bridges, are nearing the end of their useful lives but no money is available for the expensive repairs. 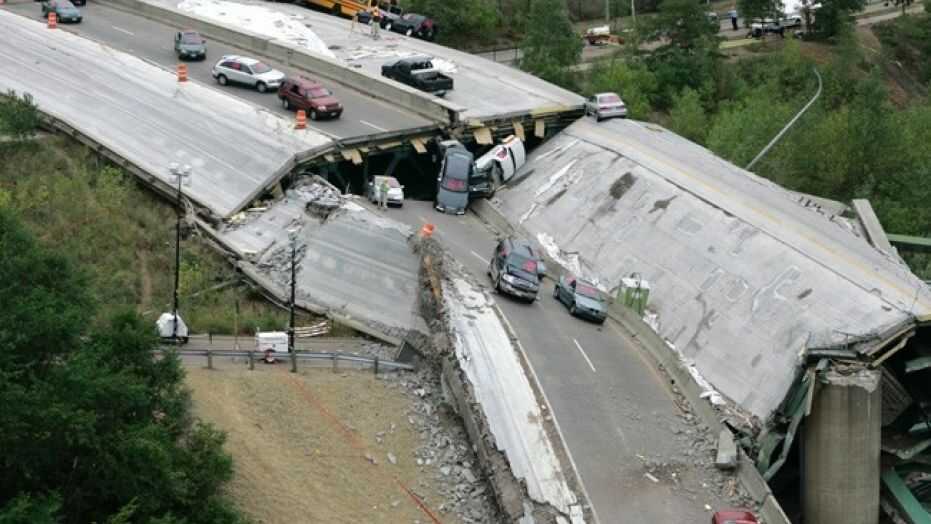 America’s road tunnels are also in serious condition, including new ones which collapse with some regularity, as occurred in downtown Boston in 2006. As with many others, this collapse was not an “accident” as authorities initially claimed, but was proven to have been caused by inferior quality, substandard building materials and sloppy construction work, exacerbated by carelessness and incompetence – the same issues the US likes to claim are endemic to China. (9) (10)

Every year, America’s aging sewer systems spill by some estimates millions of cubic meters of untreated sewage, contaminating freshwater rivers and creating enormous health hazards. The US power grid is increasingly unable to carry its loads, regularly disrupting the nation and leaving entire cities without power.

Derailments and other accidents occur almost daily on America’s dilapidated and unsafe rail network which, like the highways, has received only urgent patching rather than proper maintenance and repair. The same is true for subways and elevated inner-city rail systems like that in New York City; rickety, dirty, dangerous, and looking for a reason to collapse. Many of America’s airports and railway stations compare unfavorably to those in third-world countries, and many of the nation’s schools are not measurably better. (11) (12) (13) (14) (15)

As one measure, China spends 9% of its GDP on infrastructure, while US infrastructure expenditures peaked at 3% almost 60 years ago and have been falling ever since. Where China and other Western nations and developing countries have been increasing their investment in physical stock, the US has gone in the opposite direction, leaving a legacy of a crumbling nation already hopelessly in debt and without the means to change direction. (16) (17) (18)

It’s worthy of note that various portions of the US government, the World Bank, the IMF, ‘economics professors’ like Michael Pettis, and others, voice a unanimous and increasingly strident insistence that China immediately abandon its capital investment infrastructure programs as ‘unsustainable’, and develop its economy in true American fashion by encouraging Chinese to max out their credit cards, thereby “rebalancing” China’s economy in a “sustainable” fashion. And thus joining the West in its imminent historic collapse.

There are two causal explanations for this massive deterioration in the American physical stock that exists in no other nation in the world. The first is clearly that for the past 60 years the US government spent its cash and ten trillions in borrowed money on wars of cannibalisation for the benefit of the top 1% who don’t take the subway and aren’t interested in your leaking sewers. 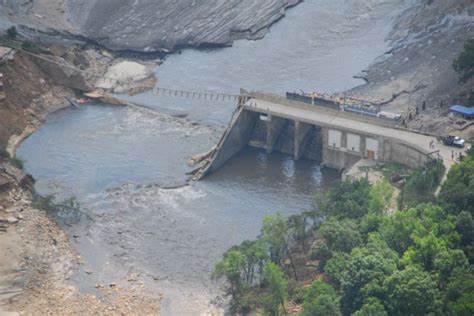 The second clear cause has been the privatisation of the nation’s infrastructure. The bankers and private equity companies took control of much of America’s physical stock solely to extract the value from those assets, a process not assisted by expenditures on maintenance, repair, or long-term investment. A toll highway for which private investors pay $2 billion may provide an extraction of perhaps $20 billion in profits, but repairs other than the most minimal and urgent cannot fit into this picture.

Based on the creed of profit maximisation, the most financially-sound plan is to calibrate maintenance and repairs to the precise extent that when the asset is returned at the end of the lease, its value will have depreciated to zero. In other words, the asset itself is slowly cannibalised over the term of the lease, to enhance the profits. But in a truly bizarre turn of events, US bankers and media supporters are now claiming that a solution to the US’ overwhelming infrastructure problems is to transfer yet another $500 billion in public assets to private owners.

Larry Romanoff is a retired management consultant and businessman. He has held senior executive positions in international consulting firms, and owned an international import-export business. He has been a visiting professor at Shanghai’s Fudan University, presenting case studies in international affairs to senior EMBA classes. Mr. Romanoff lives in Shanghai and is currently writing a series of ten books generally related to China and the West. He can be contacted at: 2186604556@qq.com. He is a frequent contributor to Global Research.