Every day of 2019 we have provided you with articles that report, break down and analyze the pressing issues of our times by authors from all over the globe. We have kept access to the site free of charge so as to get the articles to as many people as possible. Global Research also remains fully independent by not accepting money from public or private foundations. As the internet becomes a less friendly space for independent media, we have seen our revenue from advertising and book sales drop dramatically over the past year.

We really will need a big boost in donations and membership subscriptions from our readership if we are to make it through 2020 and beyond. We would not be here without your support. We wish you and your loved ones Peace for the New Year.

Click to make a one-time or a recurring donation 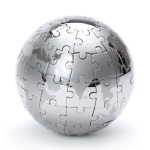 The US government has long faced a dilemma in dealing with Turkey and Qatar, who pose as partners on the global stage. The US has maintained relations with both while being increasingly concerned with their malign behavior.

Both support the Muslim Brotherhood, finance terrorists, promote extremist ideologies such as Radical Islam, and openly host and partner with Hamas and al-Qaeda. Turkey and Qatar are ‘brothers in arms’ and share an affinity for Radical Islam that shapes their regional engagement.

The West’s Present “Misconduct” Has a Long History. America’s Proclivity for War

One of the persistent themes of western political leaders is that they support the notion of “the rule of law”. By this they generally mean the system of law as developed by western nations, and in the international context the formulation over the past 120 years or so of international law.

By this of course, they mean “their law”. Any deviation from this by non-western nations is to be deplored and where appropriate punished.

The UN Predicted Gaza Would be “Unliveable” by 2020. Israel’s Deliberate Plan to “Destroy Life” in Palestine?

While revelers around the world are making new year’s resolutions for 2020, in the Gaza Strip, a different kind of assessment is taking place as Palestinians try to determine whether, or how, they can survive the next 10 years. In 2012, the United Nations published a report whose title asked a jarring question: “Gaza in 2020: A Liveable Place?” The report surmised that without fundamental change and collective effort, the strip would become “unliveable” in only eight years’ time.

Bensouda filed a 112-page document with the Court’s Pre-Trial Chamber. She found a reasonable basis to believe that Israeli forces committed the war crimes of willful killing, willfully causing serious injury to body or health, disproportionate use of force, transfer of Israeli civilians into the Palestinian territory of the West Bank, and the killing of over 200 Palestinians during demonstrations at the Israel-Gaza fence. She also cited a reasonable basis to investigate possible war crimes by Palestinians, including intentional attacks against civilians, using civilians as human shields, and the commission of torture and willful killing.

Syria, Washington and the Kurds. “The Rojava Dream is Dead”

With the defeat of ISIS and Nusra, the exposure of the ‘White Helmets’ and the various Chemical Weapons stunts, and with the collapse of ‘Rojava’, Washington is fast running out of options in Syria. Syria is winning, but the big power has not yet given up. Knowing that it is losing, it still acts to prolong the endgame and punish the Syrian people.

Nullify Government Tyranny: In 2020, Harness the Power of Your Discontent

Here’s just a small sampling of the laundry list of abuses—cruel, brutal, immoral, unconstitutional and unacceptable—that have been heaped upon us by the government over the past two decades.

The 2020 Imperative: Freedom of Speech. Cease Being Mesmerised by Demons.

We have a vast global communication network at our fingertips, a significant part of which has long since been hijacked by the purveyors of ‘the daily matrix’. But another part of which still manages to operate within a spectrum that gives a possibility for what we refer to as ‘freedom of speech’.