The British government is ramping up its policy to divert taxpayers’ money into private hands – and away from the world’s poorest people, warns Labour’s Dan Carden. 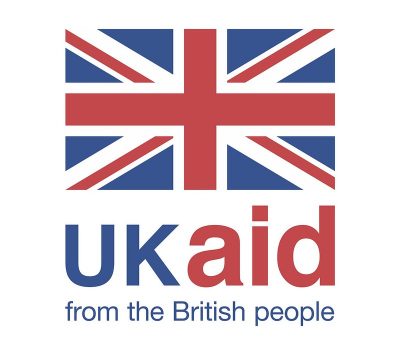 This week’s UK-Africa Investment Summit will send a clear signal. The UK government’s aid policy will not be driven by evidence about how to best fight global poverty, but instead by naked free market ideology and the interests of British business.

Since coming to power, Boris Johnson’s new government has already threatened to scrap the Department for International Development (DFID) and its Secretary of State.

Now, the Conservative party is ramping up its long-standing policy of repurposing taxpayers’ aid funds away from helping the world’s poorest people. Instead they are redirecting it towards helping British bmentsusiness elites invest in – and of course, make returns from – Africa.

The ideological dogma is familiar and well-rehearsed: British investment and trade means more jobs at home and abroad. British businesses profit, but wealth generated in the recipient countries will also trickle down. Apparently, everyone wins.

The trouble is, the evidence simply does not bear this out. The UK government is unable to guarantee and demonstrate that the kind of investments it will use the summit to promote will help the world’s poorest – a clear requirement of Official Development Assistance (ODA).

Take the case of Feronia, one of Africa’s largest palm oil companies where the UK’s development finance bank, the CDC Group, has invested to the tune of $54 million since 2013. In December 2019, Feronia’s investors had to respond to a Human Rights Watch report alleging widespread abuses – including exposure to toxic pesticides and extreme poverty wages. This exposé came on top of an existing inquiry opened by the CDC Group in August 2019 after the alleged murder of Joël Imbangola Lunea, a local lands rights activist, by a security guard employed by Feronia in Democratic Republic of Congo (DRC).

Or take the example of Bridge International Academies, the controversial company running low-cost schools across Africa which has investments in excess of $10.4 million from the UK government.

International Development Secretary Alok Sharma wrote recently – to promote the upcoming summit, that investments like these in vital public services ‘gives young people the opportunity to shape their own futures and reach their potential’. Yet, amid allegations of poor teaching standards, squalid classrooms and fees that exclude the poorest, parliament’s own International Development Committee has argued that evidence of the company’s impact on poverty is likely too weak to justify continued investment.

According to BOND, the body representing the international development sector, in 2018 half of all foreign direct investment into Africa went into just five countries – South Africa, Morocco, Ethiopia, Egypt and Congo – leaving behind many of the continent’s poorest countries.

Blue Skies Fruits, on the other hand, a company highlighted by Alok Sharma as an inspiration for the upcoming summit, does benefit from investmentfrom the UK taxpayer. Yet the British company, which operates in seven countries importing fresh fruit to the UK, hit huge revenues of $130 million in 2018.

No-one denies that investment, trade, business and economic development have a part to play in fighting poverty. But using aid money to prop up multi-million-pound British businesses is a far cry from what’s needed to end global poverty.

The truth is, the role of government aid should be to channel scarce resources to where they are needed most. Our aid policy should aim to reverse centuries of damage wrought by the British Empire – and by British governments for many, many years after – rather than extracting resources, profit and wealth from Africa under the guise of ‘investment.’

DFID and the UK parliament should – at the very least – insist that investments of the kind the summit is promoting – especially those funded through ODA – are measured against a rigorous ‘development impact’ framework; that they demonstrably tackle poverty, inequality and the climate crisis, and that the money could not be spent better.

The British public deserve to see our aid budget used properly to fight poverty and inequality – not used to subsidize British business interests and the City of London to profit from some of the poorest countries in the world.

Alok Sharma claimed last week that the summit will be a ‘milestone for international relations’. If it proves so, then it will be for all the wrong reasons: just when we should be standing in genuine solidarity and partnership with people across Africa, this summit instead threatens to take Britain’s relations with countries in the Global South backwards, renewing a relationship of exploitation and extraction.

Dan Carden is the UK’s acting Shadow Secretary of State for International Development.

Featured image is from Simon Berry/Flickr