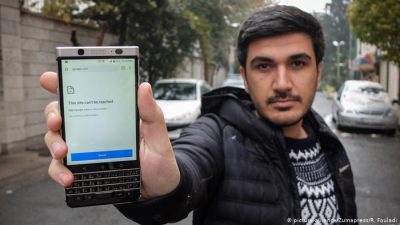 After major protests hit multiple cities across Iran in November following a drastic government slash in gasoline subsidies which quickly turned anti-regime, broad internet outages were reported — some lasting as long as a week or more nationwide — following Tehran authorities ordering the blockage of external access.

But now Washington appears to have initiated the “Syria option” inside Iran: covertly fueling and driving “popular protests” to eventually create conditions for large-scale confrontation on the ground geared toward regime change.

Financial Times reports Washington’s ‘covert’ efforts are now increasing, and are more out in the open:

US government-funded technology companies have recorded an increase in the use of circumvention software in Iran in recent weeks after boosting efforts to help Iranian anti-regime protesters thwart internet censorship and use secure mobile messaging.

The outreach is part of a US government program dedicated to internet freedom that supports dissident pressure inside Iran and complements America’s policy of “maximum pressure” over the regime. A US state department official told the Financial Times that since protests in Iran in 2018 — at the time the largest in almost a decade — Washington had accelerated efforts to provide Iranians more options on how they communicate with each other and the outside world.

Similar efforts had long been in place with anti-Assad groups prior to the outbreak of conflict in Syria in 2011, WikiLeaks cables previously revealed.

US Boosts Funding of Tech Companies to Help Anti-Tehran Protests

The US State Department is now openly boasting it’s enacted this program for Iran, which includes “providing apps, servers and other technology to help people communicate, visit banned websites, install anti-tracking software and navigate data shutdowns,” according to FT. 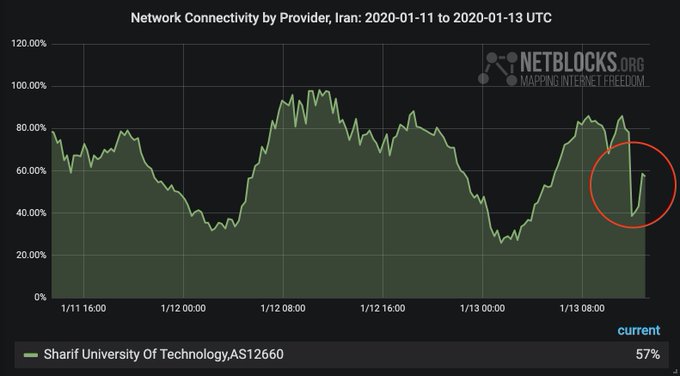 590 people are talking about this

And dangerously, many Iranians may not even realize they could be in some instances relying on such US-funded countermeasures to circumvent domestic internet blockages:

“Many Iranians rely on virtual private networks (VPNs) that receive US funding or are beamed in with US support, not knowing they are relying on Washington-backed tools.”

Iran is on occasion known to round of citizen-journalists and accuse them of being CIA assets — thusthe State Department’s open boasting about its program, which is further connected to a broader $65.5 million “Internet Freedom program” in troubled spots throughout the world — could only serve to increase this trend.

“We work with technological companies to help free flow of information and provide circumvention tools that helped in [last week’s] protest,” one US state department official told the FT. “We are able to sponsor VPNs — and that allows Iranians to use the internet.”

So there it is: US officials explicitly admitting they were actively assisting in organizing recent protestswhich followed Soleimani’s killing and the Ukrainian airliner shoot down.

I have asked the Iranian protestors to send us their videos, photos, and information documenting the regime’s crackdown on protestors. The U.S. will expose and sanction the abuses. https://twitter.com/SecPompeo/status/1197659041465602048 …

7,176 people are talking about this

At least one circumvention software is actually identified in the report as being produced by Canada-based Psiphon, which receives American government funds. Of course the company sees its role more as facilitating “free flow of information” and less as essentially a willing asset in pursuing covert regime change in Tehran.

Interestingly, the revelation comes just as other US-funded propaganda campaigns related to Iran are coming to light:

One of the most viral videos about Iran last week — and a reason #IraniansDetestSoleimani was trending — was made by a lobbyist who had worked for a militia group in Libya https://www.buzzfeednews.com/article/ryanhatesthis/the-iranian-woman-in-the-iraniansdetestsoleimani-viral?bftwnews&utm_term=4ldqpgc#4ldqpgc …

Nowhere in her video or her television appearances did Saghar Erica Kasraie disclose her work for the army engaged in a civil war in the north African country.

24 people are talking about this

All of this suggests neocons in Washington could be a big step closer to fulfilling their long-term dream of seeing US-sponsored regime change come to Iran — a policy plan which goes back to at least the 1990’s and was given greater impetus and urgency under the Bush administration.

Featured image is from Zuma Press/DW.com 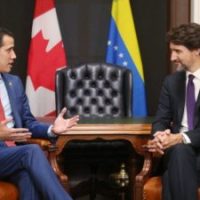 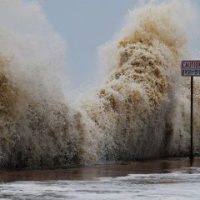