gallery Brexit – The Realisation Stage … What Next 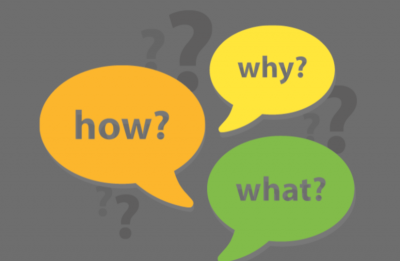 Since 1945, the British government have made some catastrophic errors of judgement, which has led to the continuing decline of British prosperity. From the mismanagement and indecision over extricating itself from its empire to the Suez Canal crisis. In the space of barely a decade, the former led to collapsing local economies and generational resentment towards Britain – the latter resulted significantly towards Britain’s decline as a world power. These two events alone demonstrate that the government does not always know best.

Brexit, which won’t actually happen until the end of 2020 has already cost the economy £130billion and expected to cost another £70billion by the end of the year. It might not seem like much when the government can throw nearly £110billion at a (train set) vanity project that won’t achieve anything other than slicing 20 minutes off a journey that only takes 2 hours in the first place. HS2 is going to be a failure for all sorts of reasons – but hey – let’s just ramp up the national debt. Why not, it’s the kids who’ll have to pay for that one.

This government spent £46 million on a “Get ready for Brexit” advertising campaign which didn’t actually make the public any better prepared for Brexit. This is the view from the UK’s official spending watchdog, the National Audit Office.

The government budgeted a total of £100 million for a public billboard, newspaper, and social media campaign, promoting Britain’s then planned exit from the European Union on October 31 2019.

However, the NAO found that by the time the campaign was brought to an end, just 34% of the public were likely to seek out information about preparing for Britain’s exit, which was broadly unchanged from before the start of the campaign. What it really meant was that – the money was wasted. Every penny.

The plan was the most expensive of four options considered by the government, with the least expensive option being simply to do nothing – which, as it turned out, would have achieved the same.

It is also true to say that the NAO was being polite when it said – “that the effectiveness of the campaign may have been hindered by the public’s awareness that the October 31 Brexit deadline promoted by the campaign was unlikely to be kept.”

Overall, the government has spent £8billion preparing for Brexit so far. Then there’s £11 million on 50p coins (plus two false starts). Oh and let’s not forget that Brexit has caused two additional general elections. The last one in 2017 cost £140million. So there’s another £280million (ish) up the wall.

Apparently, the government is due to spend £120million on the Brexit festival that 80 per cent of the public have stated they do not want to celebrate.

Forgetting for one moment that the economy will be down £200billion in eleven months time – ‘spaffing’ over £8.5billion on Brexit is what we can expect from our PM. He has form when it comes to wasting other peoples money.

Those who worked closely with Johnson as mayor of London, including fellow Conservatives, told the Guardian last July that he defied senior officials over a string of profligate projects and resisted being held to account for their ballooning costs. “The projects included going ahead with new Routemaster buses despite being told by his transport commissioner that they would be too expensive to run. He also purchased three secondhand water cannons against the advice of the lead police officer on riot control. And Johnson refused to publish the results of an 18-month study that he commissioned after it unequivocally warned against his idea of building an airport in the Thames estuary.”

Johnson championed eight high-profile projects that mostly ended in failure or wasn’t worth the trouble. Between them, they cost the taxpayer about a billion pounds. One million pounds takes the average worker on average full-time permanent pay, 41 years to earn. A stack of £20 notes needs to be 6 metres (20ft) high and weighs about 50kilos to reach a million quid. Johnson had a thousand of those piles and blew them to the wind to make him look good. Which they didn’t.

Johnson even spent £417,000 on a gala for a garden bridge he was advised against, no-one wanted and was then abandoned. There were other dramatic projects that ended in failure such as the Olympic Orbit Tower that no-one has heard of, which accrues debt interest of £700,000 a year due to its failure. Johnson allegedly commissioned the tower after bumping into the steel magnate Lakshmi Mittal at a cloakroom at the World Economic Forum at Davos. Mittal was also at the centre of the ‘cash-for-influence’ scandal in 2002, which almost brought the government down. At the time, the leader of the Opposition, David Cameron, described the scandal as “shocking” and demanded an inquiry.  The word ‘hypocrite’ simply doesn’t describe him or Johnson does it? Would it surprise you to know that Mittal poured last-minute cash into the leadership campaign of Boris Johnson a few months back? No – it didn’t surprise me either.

So it is perfectly logical and reasonable to expect that Brexit will continue to cost the country and its inhabitants billions, that vanity projects puffed up with propaganda campaigns against all the advice will continue. All this will come at significant cost to the public purse that is itself overly stretched because of the negative effects two events – the bank-led financial crisis, which is still not over and Brexit. It’s a cycle. And just like the Suez crisis that blew up in Tory PM Anthony Eden’s face in 1956 that led to his resignation a year later – the cost and losses were incalculable to Britain then as Brexit will be too.

If HS2 comes in at about £100billion (the latest estimate), that will cost each household in the United Kingdom in today’s money about £3,700. By this year-end, Brexit will have cost double that to each household. The difference between the two is that with HS2 there is a visible and tangible reminder of failure that we can blame – a bit like the failure of rail privatisation in general. Brexit, on the other hand, will be blamed on everyone else but those who brought it to us. And both will have to be paid for by a generation who can’t even afford to buy a place to live, and whose future employment prospects have just been reduced!

There’s a point when the realisation of what has happened becomes reality. The first real signs of Brexit’s ‘dividends’ will be seen in the economy. But it will take years to come to a real conclusion.

We should all remember that it took nearly fifty years before historians finally concluded that the Suez crisis “signified the end of Great Britain’s role as one of the world’s major powers.”

And it’s ironic isn’t it that just five years after Suez, the government then realised that the slow economic growth of the UK’s population compared to that of the European Economic Community was a point of real concern, so in 1961 they opened the first round of talks to join it. Applications were refused in 1963 and 1967 because  – “Britain harboured a deep-seated hostility to any pan-European project.” They were right then and they are right now. It took two decades for British businesses and EEC member states to lobby for Britain’s entry. The Foreign Office of the day finally produced a document that concluded (paragraph 26) that it was “advisable to put the considerations of influence and power before those of formal sovereignty” – exactly the reverse turned out to be the argument for leaving.

By the late 1960s exports from Britain to western Europe outstripped those to countries participating in ‘Imperial Preference’ and British investment in the EEC was much faster than that going to the Commonwealth. So if Britain has now left the EU and it abandoned investment in the Commonwealth years ago, we all are in for a rude awakening. If Britain joined the EU to keep up after our own home-made crisis then we are in trouble. If we are leaving because of sovereignty in place of influence and power – then we made a mistake either then or now. One way or the other – Britain has screwed this decision up as well. I wonder when the realisation stage really comes to being something because one thing is for sure – the EU won’t allow Britain back in after all this as it has proved exactly what they thought five decades ago.

The original source of this article is TruePublica
Copyright © True Publica, TruePublica, 2020
https://www.globalresearch.ca/brexit-realisation-stage/5702404