During the late 1960s and the 1970s, the University of Dar es Salaam in the East African state of Tanzania was a center of Marxist thought on the continent.

After the overthrow of Convention People’s Party (CPP) of Ghana on February 24, 1966 which was founded and led by Dr. Kwame Nkrumah, the ideological thrust of the African Revolution shifted to other geo-political regions. Nkrumah’s emphasis on African unification and socialism had drawn the ire of United States imperialism and its allies.

The Central Intelligence Agency (CIA) was able to coordinate and facilitate a military and police led coup against the CPP installing a pro-western regime which brought Ghana back into the sphere of world capitalist system both ideologically as well as politically. During that same year, Dr. Walter Rodney, having completed a Ph.D. in historical studies at London University, took a teaching position at University of Dar es Salaam where he researched and wrote his most famous work, “How Europe Underdeveloped Africa”, published in Tanzania in 1972.

With so much interest in Socialism and Pan-Africanism, the origins of the world movements against capitalism and imperialism would be an important topic pursued by young scholars and their students. Consequently, a coterie of intellectuals and students in Tanzania debated fiercely the character of the struggle for socialism during this period and the character of the Ujamaa system inside the country itself.

President Julius Nyerere was given the Kiswahili name of “Mwalimu” meaning teacher. This had been his occupation prior to leading the independence movement in Tanzania to independence in 1961.

Nyerere realized that it was not enough to just become an independent state that the society had to be liberated from the economic and political legacies of colonialism. In 1967, the Arusha Declaration was issued by the ruling Tanzania African National Union (TANU) which outlined the need to build socialism in the largely agricultural country. (See this) 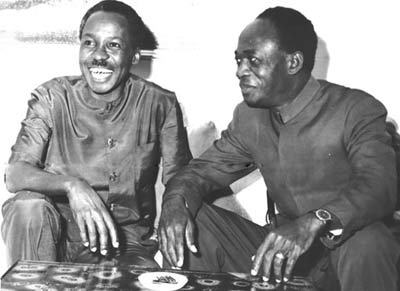 The Arusha Declaration was widely read and analyzed in this era. Its very existence was bolstered by the presence of organizing and educational structures established in Tanzania by the leading national liberation movements on the continent such as the Mozambique Liberation Front (FRELIMO), the Zimbabwe African National Union (ZANU), Southwest Africa People’s Organization (SWAPO), African National Congress (ANC), among others.

Rodney, who was born in the South American nation of Guyana in 1942, had grown up in a progressive working class family which was committed to educational achievement. He would attend the University of the West Indies and later travel to London to research and write his dissertation on the impact of the Atlantic Slave Trade in West Africa’s Guinea coast.

The existence of these lectures had been spoken of by former students and instructors at the University of Dar es Salaam for many years. Those who lived through the early 1970s when the lectures were delivered awaited their official publication by the Walter Rodney Foundation in 2018.

Rodney’s daughter, Asha, writes in an introductory statement to the book that:

“Most dedications are written by the author to someone or something that was important to the book’s creation. Who or what Walter Rodney would have written here was taken from us when his life was violently snatched from us at the age of thirty-eight. It has taken us the sum of his lifetime, another thirty-eight years, to publish this book. So, given this task, I dedicate this book to Walter Rodney, who brilliantly penned these lectures; and to his immeasurable mind and thirst for knowledge that made this work possible.”

These lectures are divided into nine categories with the first being “The Two World Views of the Russian Revolution” where the author examines the historical approaches to the Bolshevik Party which are either sympathetic and supportive or condemnatory. He raises the question as to why should African people be hostile to the revolutionary tradition when objectively they have faced similar problems which engulfed Russia at the turn of the 19thand 20thcenturies.

Rodney states in this introductory lecture:

“As it is, we know for a fact how prejudiced and distorted Europe’s view of Africa has been. We know that European capitalism and imperialism continue to have our exploitation as their main objective. There is, therefore, every reason to be suspicious of the Western European (and American) view of the Soviet Revolution, and there is every reason to seek an African view.” (p.3)

Later in parts two and three, he reviews “The Russian Regime and the Soviet Revolution” along with “Marx, Marxism and the Russian Left.” Marxism as a revolutionary body of intellectual work and political practice had existed since the mid-to-late 1840s when Karl Marx and Frederick Engels joined forces during a period where industrial capitalism was emerging as the dominant mode of economic production.

Citing Marx and Engels in their writings on Western Europe and Russia, Rodney concludes that the bourgeois historical critique which argues that what became Soviet society was not conducive to the building of scientific socialism is refuted by the actual writings of the two activist-scholars. Simply because the proletariat and capitalist classes did not constitute the majority in Russia in 1917 and in subsequent years during the early phases of the revolution does not mean that the general principles of historical and dialectical materialism are not applicable.

An entire chapter of the book of lectures examines Leon Trotsky as an historian of the Russian Revolution. Later Rodney discusses the concepts of democracy and its application to the Bolshevik revolutionary seizure of power in late 1917.

These chapters serve as a means for chronicling the intellectual and political attacks on the Bolsheviks after the October Revolution. A comparative analysis is put forward on the views of V.I. Lenin, the main architect and organizer of the revolutionary seizure of state power in Russia, Karl Kautsky, the German theoretician and literary executor of Marx and Engels, along with Rosa Luxemburg, the Polish and German left social democrat and later communist who debated with Lenin for years over the right of nations to self-determination, land redistribution to the peasantry and issues related to revolutionary democracy such as the dissolution of the Constituent Assembly  by the Bolsheviks.

Kautsky of course, received a scathing attack by Lenin when the German writer charged the Bolsheviks with undemocratic practice and extended his support to the Mensheviks. Rodney’s views on these important historical questions indicate a position quite sympathetic to Lenin and the developing Soviet state.

The final three chapters are of extreme importance in relationship to the lessons of the Russian Revolution and their significance to developments in Africa during the later decades of the 20thcentury when many of the national liberation movements and post-colonial states adopted Marxism-Leninism as methodology and ideology which could provide guidance in both defeating colonialism, settler-colonialism and imperialism as well as constructing a socialist society.

These final lectures are entitled: “Building the Socialist State”, “The Transformation of Empire” and “The Critique of Stalinism.” Rodney explains in his evaluation of the historical treatment of the peasantry in the Soviet Union under leader Joseph Stalin by western oriented capitalist scholars, noting:

“Underlying bourgeois historical writings on this issue is the assumption that the capitalist system is infinitely superior. Indeed, at most points of the evaluation, there is the implied comparison, especially since the whole object of the Cold War propaganda was to set up the capitalist system as a superior one. It is therefore very relevant to inquire how capitalism treated peasants. The answer is quite revealing. In Eastern Europe, the peasant was bounded off his land….. Outside of Europe, wherever Europeans established capitalist farming, they did so by expropriating the land of the indigenous peoples and often they virtually committed genocide. The latter applies with most force to the United States, while examples of crude treatment of the indigenous landowners are also to be found in South Africa, Australia, New Zealand, Kenya and Algeria.” (p. 123)

Relevance of the Russian Revolution Today

It has been over a century since the advent of the Bolshevik Revolution. The Russian and Soviet Revolutions were instrumental in providing political models and material assistance for other popular upheavals and socialist transformations in Korea, China, Vietnam, Cuba, Ghana, Algeria, Angola, Mozambique, Tanzania, Namibia, South Africa, among other geo-political regions.

Since the collapse of the socialist states in Europe and the Soviet Union during the late 1980s until 1991, bourgeois scholars and political figures have utilized this phenomena to attack the theoretical underpinning of Marxism-Leninism as being inherently undemocratic, impractical and even contrary to human nature. Socialism in China, Cuba, Vietnam, Venezuela, Bolivia and the Democratic People’s Republic of Korea (DPRK) are often castigated for the purported lack of individual freedom and prosperity.

Yet capitalist societies have become more unequal in the 21stcentury with the broadening gap between the wealthy and the working class. Imperialist wars throughout Asia, Africa and Latin America have created enormous social dislocation while creating the conditions for unprecedented environmental degradation which endangers the very existence of the planet and humanity. The advances made in Cuba, Venezuela, China, the DPRK and Vietnam is routinely overlooked while the ideological Cold War propaganda against these societies continues unabated.

The publication of these lectures so many years later makes a profound contribution to the historical evaluation of the Russian Revolution and its importance in the modern period.