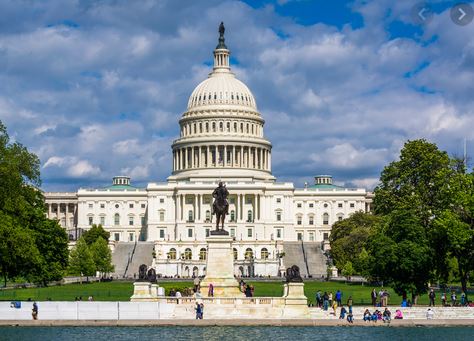 A Peek into the Drains

March 24, 2020 “Information Clearing House” –  As you cross the Fourteenth Street Bridge from Arlington into Washington on a sunny spring day, the vista is magnificent, uplifting. Huge blue sky, brisk wind, the broad brown river flashing in the sunlight. As a portal to the capital of a world empire, it is suitable, even convincing. This new Tiber is at the confluence of the Rio Bravo, Orinoco, and Nile, which has its implications, but never mind. The streams of tourists debouching from the bridge into Georgetown think themselves in the new Rome, a beguiling conurbation of power and glory.

Not everywhere. Amid the blank buildings and empty night somewhere near P Street, a cop finds a blonde woman of maybe forty crawling on the sidewalk. In jeans and sweatshirt, she hugs the rest of a bottle of Jim Beam. She has profusely wet her pants. She sees the cop and says no, no in alarm and begins sprinting for a nearby alley–sprinting to the extent that one can on all fours while clutching a bottle. Blind drunk and nursing a cirrhosis aborning.

The cop walks on. Arresting her would clog the jails, the judge would let her out on recog, and the next night she would be with another bottle. This will not go on forever. She has obvious motor problems and does not crawl well.

In many ways unseen by awed tourists, the city resembles that of Juvenal in corruption, mendacity, and vice. There is the undercity, mostly black, in districts never walked by provincials, angry, hopeless, ready to burn, baby, burn. There is the overcity, discreet behind closed doors, of pols and lobbyists, avaricious, with its Chivas and lines of white powder. The tourists see the middle city of bureaucrats and bartenders and, on the Capitoline, maybe a fleeting glimpse of Newt Gingrich or Mitch McConnnell. “Barb, look, it’s…I think…yes, it’s Newt.”

Occasional fissures appear in the armor of the elite. We now learn of the monied and powerful who thronged to Epstein’s island to frolic in pedophilic lubricity, Bill and Hillary among them. My gracious, the little sweetties would do anything…Is this not purest Caligula?

Ah, the island, shhhh! Here were luscious succulents of sixteen, nymphets fit for the amusement of jaded pols. Yes, nymphettes reconstituted as virgins every morning, their chastity a renewable resource, like the liver of Prometheus. Libido candy, fantasy fodder, worthy to satisfy a British prince. Which they did. Was it Andrew or Charles? I cannot keep them straight, but the Lolitas could. That after all was their job. They were good for a romp on the workbench under hidden cameras, thus fortifying relations between Buckingham Palace and Mossad. There is nothing like video of royalty and underage ginch to clinch a desired treaty with Tel Aviv. Especially so if the princeling has a taste for the more exotic disciplines.

But the yearning public will never know since Epstein, a man of six feet, hanged himself from a bedstead two feet from the floor–or was it three? Presumably by standing on his head.

The public is not invited to see long rows of abandoned Victorian homes, windows boarded over, or whole developments with orifices mostly bricked up and, within, filthy mattresses stained with things better not thought about. There are old needles and remnants of the traditional banquet of shooting galleries, Night Train bottles and empty cans of Vienna sausages.The understanding of Washington peddles daily on the lobotomy box to the lobotomized of Middle America is properly charming. For example there is Connecticut Avenue lovely over forested Rock Creek Park. Or we see well-swept Capitoline Hill, old and aristocratic. It is as yet only lightly hunted over by predatory black gangs, gathering and hunting. There, in Lincoln Park, Abe in statuary perpetually frees the slaves, which of course he didn’t, but the pols and politically correct control history. All is wholesome.

No. Here is the seat of Empire. All must be seemly. It is only fitting. In the interest of propriety we hide the better class of vice, the suited agents of the arms industry carrying valises of money for waiting congressmen. We hide the crack whores ugly as the corpses they will soon be, and the occasional dead body of an unsuccessful purveyor of drugs. Free enterprise is not without risk.

Across the dark city in Southwest, on Half Street if memory serves, a down-demo gay bar throbs like…never mind. It is small, isolated, an old wooden building. Southwest is not a place where you would see a suburban family with 2.1 perfect children and a Volvo. Macho Man by the Village People thumps from the juke. On the bar a buff and hirsute fag who looks like Sergeant Rock the Killer Marine is dancing naked and teabagging all who volunteer for this service. Which many do. A pair of outrageous queens mince and prance and lisp like Castillian gentry. In the men’s room–there is no other–a gorgeous, slender, nicely curving redhead in a cocktail dress bats her eyes at the urinating inverts. Whether she is a pre-op transexual , a really good TV, or already done isn’t clear. She could pass in any night club in Rome.

In the clean sweep of Connecticut Ave above the Park, prosperous office scum float atop the hidden city, well-dressed, lawyers and office serfs chattering in shi-shi restaurants of the stock market and who is paying what to buy votes in Congress for what legislation. The Indispensable Country never sleeps, not anyway until the bars close.

It is more like Rome than most know. Many blocks away in Shaw, come night, a black transvestite of 230 pounds waits in the bushes. He is built like a running back and wears a thong bikini and size 15 high heels. He is soliciting customers for…it is better not to ask for what.

A passing police car ignores him. Arresting him would entail paperwork, an important consideration near the end of a shift. Besides, the car would smell for days.

Further off, skanks in plastic miniskirts lean against lamp poles, offering a quick-and-dirty stand-up in an alley for twenty bucks. Commerce cannot be crushed, even in Washington.

Around the dogleg on Pennsylvania Avenue the President watches himself on television into the small hours. He is advised by Ivanka, the Palace Athena, who has written of the UK as “the United Kingston.” Athenas these days are not what they were. Her father, Trump Pater, may be a hybrid of Nero and Clarabelle the Clown, but at least he likes big girls.

Across Connecticut from the entrance of the Zoo is a small restaurant that once was a blues bar but has degenerated into a nocturnal hangout for the squalling stupid, chiefly recent graduates of University Shaped Places dedicated to extracting money from the unwise by means of debt slaveery. They talk loudly and vulgarly, the boys coxcombs and the girls honking through their noses like poorly played kazoos. Should the city be attacked by another Hannibal, whom they would think of as Lecter, perhaps they would rush manfully, or personfully, out and smite the invaders with mighty blows of weighty smartphones. My guess is that they would hide under the tables.

Off Dupont Circle in an old brownstone, Black Rose, the local S&M club, holds a party. Under the federal log many things scuttle. A guy, nekkid as a jaybird, is attached to chains dangling from the ceiling while his girlfriend, a nice looking blonde in a catwoman suit, whacks him with a riding crop. Perhaps she is a descendant of Messalina, who was said to have such tastes. No one pays attention. They instead stand around with drinks and talk of bond prices. This is hobbyist kink, played at by people who have known each other for years. They are bureaucrats, legislative assistants, upper middle class but not Congressmen, who do such things more discreetly.

On Cap Hill, a lobbyist’s evening party is in full flood, everyone well lubricated. A reporteress for a local magazine, a pretty brunette, is still there when the cocaine comes out. Normally a journalist would be excluded, but no major figures are present. She has never tried blow. Later she tells her boyfriend, “Fred, that stuff was so good I’ll never go near it again.”

In the Capitol, a Roman dome of an edifice dedicated to the perpetration of democracy, a congressman shepherds constituents through a grip-and-grin in his office. They have come from small towns to be impressed at being in the Capitol. A grip-and-grin is for those less important than those in a squat-and-gobble, more appropriate to homestate bankers than housewives and owners of hardware stores. The effect is that of a Border Collie with a herd of sheep. The legislator smiles convincingly, knowing his craft. He is so glad you could come and so glad to see you, how are things back in East Jesus, a town close to his heart. Wherever the hell it is. Meanwhilehe looks over the shoulder of the hearer to scan the next name tag, a practice well known in the imperial city, a town given to professional sincerity.

To finish this photo album of the imperial capital, we go to the Hawk and Dove, a Hill watering hole, where a pair of minor political mechanics are doing the DC Bob. One leans forward over the table and says, “We’re having more trouble with these goddam…” He ducks his head and looks to the left, then to the right, scanning for possible listeners. There are none. “…goddam affirmative action hires. We can’t get anything done….” The DC Bob.