The destruction of the 47-story World Trade Center Building 7 in New York City late in the afternoon of September 11, 2001, was not a result of fires, according to the much-anticipated final report issued today by researchers at the University of Alaska Fairbanks.

The UAF team’s findings, which were the result of a four-year computer modeling study of the tower’s collapse, contradict those of the National Institute of Standards and Technology (NIST), which concluded in a 2008 report that WTC 7 was the first tall building ever to collapse primarily due to fire.

“Our study found that the fires in WTC 7 could not have caused the observed collapse,” said Professor Leroy Hulsey, the study’s principal investigator. “The only way it could have fallen in the observed manner is by the near-simultaneous failure of every column.” 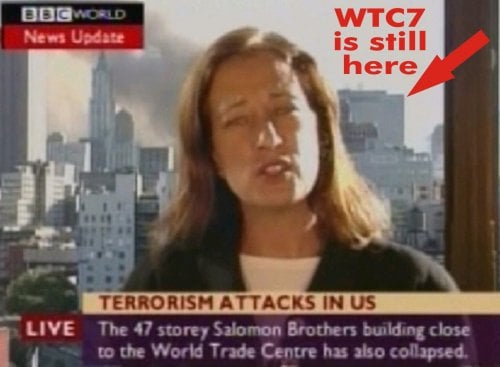 The four-year study was funded by Architects & Engineers for 9/11 Truth (AE911Truth), a nonprofit organization representing more than 3,000 architects and engineers who have signed the organization’s petition calling for a new investigation into the destruction of the three World Trade Center towers on 9/11.

Fire Did Not Cause 3rd Tower’s Collapse on 9/11, New Study Finds

“We are proud to have supported the University of Alaska Fairbanks and Professor Leroy Hulsey in conducting a genuinely scientific study into the reasons for this building’s collapse,” said Richard Gage, president and founder of AE911Truth. “It is now incumbent upon the building community, the media, and government officials to reckon with the implications of these findings and launch a new full-scale investigation.”

AE911Truth and its allies among the 9/11 victims’ families will now use the findings in the report as part of a formal “request for correction” that the group plans to submit to NIST in the coming days.

“The indisputable errors documented in our request for correction will give NIST no way out of correcting its deeply flawed report and reversing its conclusion that fires were the cause of the collapse,” said Gage.

The final report, entitled A Structural Reevaluation of the Collapse of World Trade Center 7 – Final Report, includes clarifications and supplemental text based on public comments submitted in response to a draft report released by UAF and AE911Truth on September 3, 2019.

The UAF team’s final report is the result of an extensive four-year computer modeling effort that was followed by a robust peer review process. The peer review included dozens of public comments as well as external review by two independent experts, Dr. Gregory Szuladzinski of Analytical Service Company, a leading expert in structural mechanics and finite element modeling, and Dr. Robert Korol, a professor emeritus of civil engineering at McMaster University and a fellow of the Canadian Society for Civil Engineering.

“I am grateful to everyone who supported or participated in this study in any way,” said Professor Hulsey. “We hope that our findings will be carefully looked at by the building community and spur further investigation into how this building came down on that tragic day.”

The Hulsey report and supporting materials can be found on UAF’s Institute of Northern Engineering website at http://ine.uaf.edu/projects/wtc7 and on the AE911Truth website at https://www.ae911truth.org/wtc7.

Featured image is from ae911truth.org

The original source of this article is ae911truth.org
Copyright © AE911Truth, ae911truth.org, 2020
https://www.globalresearch.ca/wtc-7-not-destroyed-fire-concludes-final-university-alaska-fairbanks-report/5707783