The Power of Fear

Fear is an instrument of social control and repression.

Time and again, terrified people bow to the will of their ruling authorities even when harming their own rights and well-being.

The philosopher Seneca once said that

“(t)here are more things…likely to frighten us than there are to crush us. We suffer more often in imagination than in reality.”

“(n)o passion so effectually robs the mind of all its powers of acting and reasoning as fear.”

According to HL Mencken,

“(t)he whole aim of practical politics is to keep the populace alarmed (and hence clamorous to be led to safety) by menacing it with an endless series of hobgoblins, most of them imaginary.”

“(f)ear is the foundation of most governments.”

The 9/11 mother of all state-sponsored false flags was a powerful example of how an entire population was manipulated to believe barbarians at our gates threaten everyone — the mother of all Big Lies ignored at the time.

False flag mass deception gets people to willingly go along with what otherwise would be considered unacceptable. 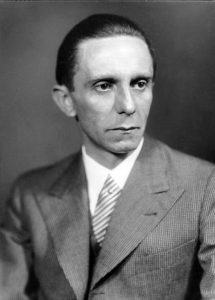 “(i)t would not be impossible to prove with sufficient repetition and a psychological understanding of the people concerned that a square is in fact a circle.”

“They are mere words, and words can be molded until they clothe ideas in disguise.”

“Of course the people don’t want war. But after all, it’s the leaders of the country who determine the policy, and it’s always a simple matter to drag the people along whether it’s a democracy, a fascist dictatorship, or a parliament, or a communist dictatorship.”

“Voice or no voice, the people can always be brought to the bidding of the leaders. That is easy. All you have to do is tell them they are being attacked, and denounce the pacifists for lack of patriotism, and exposing the country to greater danger.”

“Political language…is designed to make lies sound truthful and murder respectable, and to give an appearance of solidity to pure wind,” he once said.

In his book The Prince, Machievelli said

“(s)ince love and fear can hardly exist together, if we must choose between them, it is far safer to be feared than loved.”

“(F)ear is maintained by a dread of punishment which never fails.”

Machiavelli believed that leaders must be deceptive and cunning to maintain control, that ends justify the means.

He argued that leaders unable to force their will on subjects can never be successful.

He inverted the Golden Rule, saying

He also believed that rulers should distance themselves from state-sponsored criminality – shifting blame for their wrongdoing onto others.

Influenced by Machiavelli, Thomas Hobbes in his book Leviathan favored authoritarian leadership for control because the “danger of violent death, and the life of man (is) solitary, poor, nasty, brutish, and short.”

The power of mind-manipulating propaganda has entire populations believing that COVID-19 may infect and harm almost everyone.

US Indifference to Public Health: The Shame of the Nation

A Washington Post/ABC News poll found that around 90% of Americans are hunkering down at home as much as possible — fearful of COVID-19 contagion.

About 60% of US households stockpiled food and essential supplies. Three-fourths of respondents said COVID-19 disrupted their lives, about 70% citing the virus as a source of stress.

Over half of respondents believe they’re at risk of infection, about 70% believing an immediate family member could become ill from COVID-19.

The poll was conducted from March 22 – 25. As infections in the US increase — combined with official and media fear-mongering — these numbers are likely to grow.

No one knows the severity or duration of COVID-19 outbreaks. For most people, infections cause short-term illness that enables the body to build up antibodies against its reoccurrence.

The elderly, people with weakened immune systems, and others with significant pre-existing health issues are most vulnerable to something more serious.

Here’s what some experts are saying: 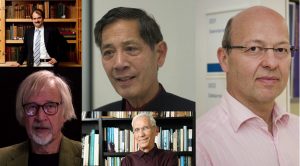 “The life expectancy of millions is being shortened” by anti-COVID-19 measures.

“The horrifying impact on the world economy threatens the existence of countless people.”

“The consequences on medical care are profound. Already services to patients in need are reduced, operations cancelled, practices empty, hospital personnel dwindling. All this will impact profoundly on our whole society.”

“(W)hat is missing right now is a rational way of looking at things.”

“We should be asking: How did you find out this virus was dangerous?”

“How was it before? Didn’t we have the same thing last year? Is it even something new? That’s missing.”

“I have never seen anything like this, anything anywhere near like this. I’m not talking about the pandemic because I’ve seen 30 of them, one every year. It is called influenza.”

“(T)he message to the public (is) about fear of coming into contact with (other) people…I worry about many, many consequences related to that.”

“In every country, (many thousands of) die from regular flu (annually) compared with those who die from the coronavirus.”

One example is “the swine flu in 2009. (I)t reached the world…and until today there is no vaccination against it.”

“At the time there was no Facebook. (COVID-19) is a virus (a) with public relations” campaign.

“Whoever thinks that governments end viruses is wrong.”

“(A)round 85% of all infections have occurred without anyone noticing the infection.”

“I am deeply concerned that the social, economic and public health consequences of this near-total meltdown of normal life — schools and businesses closed, gatherings banned — will be long-lasting and calamitous, possibly graver than the direct toll of the virus itself.”

“The stock market will bounce back in time, but many businesses never will.”

“The unemployment, impoverishment and despair likely to result will be public health scourges of the first order.”

“Consider the effect of shutting down offices, schools, transportation systems, restaurants, hotels, stores, theaters, concert halls, sporting events and other venues indefinitely and leaving all of their workers unemployed and on the public dole.”

“The likely result would be not just a depression but a complete economic breakdown, with countless permanently lost jobs, long before a vaccine is ready or natural immunity takes hold.”

“No such draconian measures were applied during the 2009 (Sars) influenza pandemic, and they obviously cannot be applied every winter, which is all year round, as it is always winter somewhere. We cannot close down the whole world permanently.”

Facilitated by a virtual daily drumbeat of fear-mongering, the US and other governments are instituting draconian policies with public consent.

What’s going on in the US is all about transferring countless trillions of dollars from ordinary people to privileged ones.

As during the 2008-09 financial crisis, it’s also about favored businesses consolidating to greater power and influence by acquiring failing enterprises at fire sale prices.

Most important, what’s going on is a slippery slope toward full-blown tyranny by compromising and eliminating human and civil rights on the phony pretext of protecting the general welfare.

Time and again we’re lied to by our ruling authorities — notably during manufactured crises like 9/11 and now.

A Reuters/Ipsos poll released Friday found that nearly one-fourth of US adults said they either were laid off or furloughed by their employers.

More of the same is likely coming to what extent will only be known in the fullness of time.

Over 80% of respondents support shelter in place and stay at home orders to keep COVID-19 from spreading, regardless of the economic impact.

The power of mind manipulation works as intended.

Featured image is from TruePublica