“This isn’t just an outrageous decision, but it’s also a deadly one.” 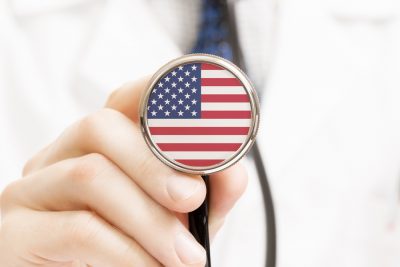 As millions of people across the United States lose their jobs—and their employer-provided health insurance—amid the coronavirus pandemic, President Donald Trump has reportedly decided against reopening Affordable Care Act enrollment to ease the economic pain of the uninsured and help protect them from devastating medical costs.

An anonymous White House official told Politico Tuesday night that the Trump administration will not reopen HealthCare.gov for a special enrollment period as the U.S. battles the COVID-19 outbreak, disregarding urgent pleas from a diverse array of advocacy groups (pdf) and more than 100 members of Congress (pdf). The White House is “exploring other options,” the official said without elaborating.

“This isn’t just an outrageous decision, but it’s also a deadly one,” said Rep. Veronica Escobar (D-Texas.). “Moments ago, Donald Trump announced we should expect 100-200k deaths in the U.S. For those without health insurance, this is fatal. It’s time to end this senseless war on healthcare.”

The annual ACA enrollment period ended in December, though some are still eligible for special enrollment despite the Trump administration’s tireless efforts to restrict eligibility.

While around a dozen states that run their own ACA exchanges have reopened enrollment, most states rely on the federal marketplace directed by the Trump administration, which is currently backing a Republican lawsuit that, if successful, would overturn the ACA and throw tens of millions more off their insurance.

“In the middle a pandemic that could kill hundreds of thousands, Trump and his toadies are deliberately blocking Americans from buying healthcare,” tweeted Rep. Bill Pascrell (D-N.Y.). “Theirs is fanatical cruelty that will kill people.”

As HuffPost‘s Jeff Young wrote late Tuesday, “the negative consequences of this active refusal to offer help to vulnerable Americans are obvious”:

The people living in the 38 states that use HealthCare.gov—and those in Idaho, which hasn’t reactivated its state-run exchange—will likely remain uninsured, leaving them potentially exposed to tens of thousands of dollars in costs if they get sick from the novel coronavirus and need medical treatment.

Moreover, the high cost of healthcare frequently discourages Americans from seeking care, especially those who are among the 28 million uninsured. And sick people not being isolated and treated means they are at risk of spreading the coronavirus to more people.

Progressives have argued repeatedly in recent weeks that the spread of the novel coronavirus and the resulting economic collapse have exposed the cruelty of a for-profit healthcare system that ties insurance to employment and essential care to one’s ability to shoulder the often exorbitant costs. Medicare for All, advocates say, is the only humane and reasonable solution to the crisis in the long-term.

In the meantime, progressive lawmakers and activists have demanded that all coronavirus testing, treatment, and potential cures by made free and available for everyone in the United States.

As Common Dreams reported Monday, an analysis by Covered California found that insurance companies could raise premiums by more than 40% next year, which would put already expensive healthcare entirely out of reach for millions of people.

“Corporate-run health insurance isn’t about saving lives,” tweeted Sen. Bernie Sanders (I-Vt.), a 2020 Democratic presidential candidate. “It’s about making as much money as possible. With Medicare for All we can finally put an end to this international disgrace.”

From Common Dreams: Our work is licensed under a Creative Commons Attribution-Share Alike 3.0 License. Feel free to republish and share widely.

Now Is the Time to Win National Improved Medicare for All
The original source of this article is Common Dreams
Copyright © Jake Johnson, Common Dreams, 2020
https://www.globalresearch.ca/trump-refuses-reopen-affordable-care-act-enrollment-help-uninsured/5708373