‘Racist, colonial mentality’: WHO chief slams suggestion to use Africa as testing ground for Covid-19 vaccine

The suggestion by two French medical experts to test coronavirus vaccines in Africa is racist, appalling and a relic of colonial mentality, head of the World Health Organization Tedros Adhanom Ghebreyesus has said.

Jean Paul Mira and Camille Locht brought up the issue during an appearance on the French TV channel LCI last week, pointing to the lack of masks, treatments and ventilators on the continent.

Asked about it on Monday, Tedros said he was “appalled” by the “racist remarks.”

The hangover from the colonial mentality has to stop.

World Health Org DG @DrTedros brands French scientists saying Coronavirus vaccine should be trialled in Africa, as racist.
Adds that Africa will not be a testing ground & that this ‘colonial hangover’ needs to stop 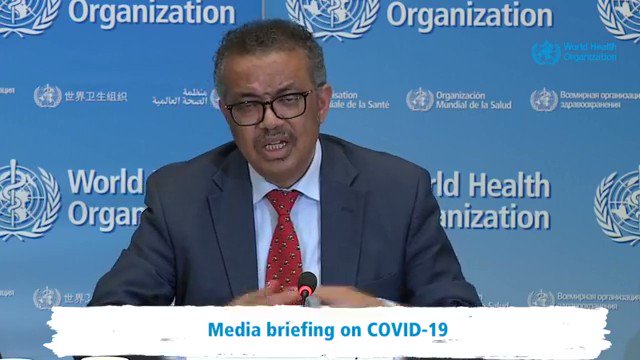 2,405 people are talking about this

“Africa cannot and will not be a testing ground for any vaccine,” said the WHO chief, who hails from Ethiopia. “We will follow all the rules to test any vaccine or therapeutics all over the world using exactly the same rules, whether it is in Europe, Africa or wherever.”

Tedros’s comments echo the condemnations made by several European footballers of African heritage soon after the French experts’ discussion aired.

Didier Drogba — born in the Ivory Coast — called the suggestion “scandalous” and “absolutely disgusting,” adding that Africans should not be used as guinea pigs.

ALSO ON RT.COM‘Africans aren’t guinea pigs’: Drogba and Eto’o slam ‘racist’ suggestions that Africa be used as coronavirus testing ground“Africa is not a playground for you,” tweeted Cameroonian-born former Barcelona striker Samuel Eto’o.

Demba Ba, who was born in France but plays for Senegal and the Turkish club İstanbul Başakşehir, called it the proof of banality of racism in the West.

Despite its relative lack of protective equipment and technology compared to elsewhere, Africa has been far less affected by the pandemic to date. Out of the 1.3 million documented cases of Covid-19 across the world, only 9,500 have been registered in Africa, along with just under 450 confirmed deaths. By comparison, the US has had almost 350,000 cases and over 10,000 deaths.

ALSO ON RT.COMCovid-19 deaths in US soar past 10,000 amid mix of concerns over undetected casualties & cautious optimism