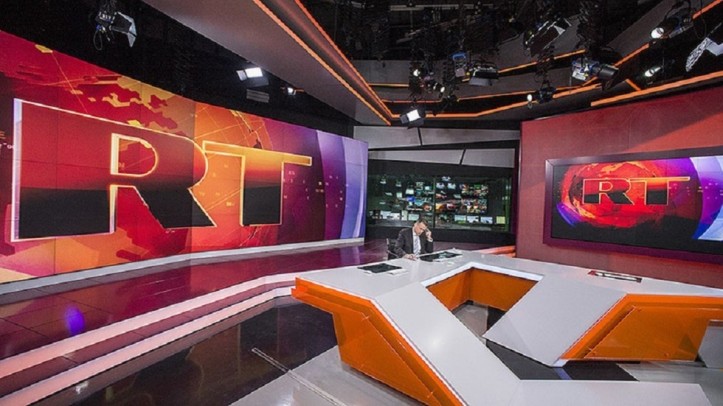 Claims by the EU diplomatic service that RT is spreading fake news about the coronavirus pandemic are misleading and based on bad methodology, according to a duo of Manchester researchers focused on monitoring the channel.

In their crosshairs was the alarming report by the European External Action Service (EEAS) – specifically, its public relations shop EastStratCom – published last month. Mainstream Western media outlets uncritically parroted EEAS allegations, such as that “Russian pro-Kremlin media” were conducting a “significant disinformation campaign” to stoke “confusion, panic and fear” in the West and “aggravate the coronavirus pandemic crisis.”

ALSO ON RT.COMEU spin in the time of coronavirusNot so, say Stephen Hutchings and Vera Tolz, professors of Russian Studies at the University of Manchester who run ‘Reframing Russia,’ a “research project analysing the post-Cold War global media environment” that is basically an in-depth study of RT and its coverage.

In two reports published on Monday, Hutchings and Tolz address both the accusations against RT specifically, and Russian media in general, and find EastStratCom and its EUvsDisinfo research shop repeatedly coming up short in methodology, objectivity, and accuracy.

“The extent of EUvsDisinfo’s misrepresentation of Russian COVID-19 media coverage,” they write, is “troubling,” with two of their methods “particularly problematic”: omission of context and “blatant distortion” of what is said and by whom.

Our analysis demonstrates that EUvsDisinfo’s headlines and summaries border on disinformation according to the East StratCom’s own definition of the term.

In one instance, EUvsDisinfo accuses RT Arabic of claiming that Covid-19 is a US bioweapon – while in reality it was merely reporting that Iran’s Islamic Revolutionary Guard Corps made that claim. All five RT reports identified as “disinformation” by the group are from RT Arabic. “In every case, EastStratCom’s representation of RT Arabic coverage is misleading.”

Another, “still more troubling” instance was accusing an article published by Sputnik Latvia (in Russian) of promoting conspiracy theories when it was “clearly ridiculing” them and highlighting their “idiocy.”

Second, there is little evidence of systematic disinformation in @RT_com’s #COVID19 reporting. Despite some deficient practices much of the output was factual, consisting of aggregated Western news agencies reports. No reason to refer RT’s #COVID19 coverage to @ofcom /3

‘Reframing Russia’ is funded by the UK government. Hutchings nor Tolz – who used to work for the US propaganda outfit Radio Liberty during the Cold War – are hardly fans of RT, describing the network as having a “modest audience” and accusing its coverage of being “extremely biased and borders on disinformation” when dealing with matters of particular importance to Russia.

However, they also say “it should be acknowledged that much of RT’s output is purely factual and consists of aggregations of news reports by leading Western news agencies.”

Insofar as there are items that criticize the West and its handling of the pandemic, they are online op-eds with proper disclaimers, rather than news reports. Furthermore, “given that China and Iran are Russia’s allies against the West” – a major assumption there by Hutchings and Tolz – RT has reported on claims by Chinese and Iranian officials with proper caveats, even if they were “much less robustly phrased than the outright dismissal…  by mainstream Western news providers.”

ALSO ON RT.COMRussiagate all over again: Secret EU report blames Russia for coronavirus ‘confusion, panic and fear’Trying to take issue with at least something, the two professors zero in on “links from our partners” advertising material on the RT website, claiming they sometimes include articles from “hyper-partisan” outlets in the West.

Even so, “in the context of the COVID-19 coverage” RT’s reporting practices “are undoubtedly superior to EastStartCom’s own methods,” they conclude.