Secretary of State Mike Pompeo—the former CIA director who admitted the US government lies, cheats, and steals—wants you to believe the Trump neocon-infused administration had nothing to do with the failed coup plot in Venezuela. 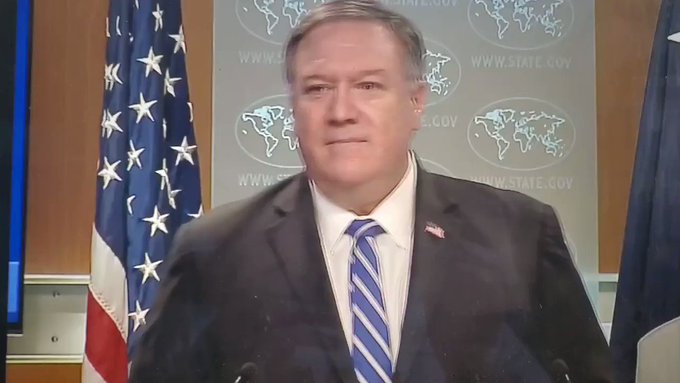 640 people are talking about this

Standard Pontius Pilate response. Of course, the US government and its private sector “partners” in the subversion business (in this case, Silvercorp USA) are behind this miniaturized Bay of Pigs operation.

The fall guy is Jordan Goudreau, “a former member of the US Army special forces” who has, according to the BBC, “been quick to claim an association” with the captured US mercenaries.

As should be expected, the BBC watered down the significance of the event by characterizing it as a “speedboat incursion.”

Jordan Goudreau, an ex-Green Beret and owner of private security company Slivercorp USA for which the two captured Americans worked for, has claimed responsibility for “Operation Gideon,” a plan of insurrection against Maduro he said is connected to Venezuelan opposition leader Juan Guaido, who has the support of the United States and more than 50 countries.

There are 195 countries in the world and most have not found it necessary to declare Juan Guaidó president of oil-rich Venezuela.

Recall former US president Jimmy Carter said in 2012 “of the 92 elections that [the Carter Center] monitored, I would say the election process in Venezuela is the best in the world.”

“We just heard about it,” said Trump from the South Lawn on Tuesday. “But whatever it is, we’ll let you know. But it has nothing to do with our government.”

The Cynicism of Empire: Sen. Rubio Tells Venezuelans to Overthrow Their Government…or Starve!

President Trump denied any involvement by the US in what #Venezuela‘s officials have called a failed armed incursion in the South American country that led to the capture of 2 American “mercenaries.” https://www.theepochtimes.com/trump-denies-us-role-in-what-venezuela-says-was-mercenary-incursion_3339675.html …

Trump Denies US Role in What Venezuela Says Was ‘Mercenary’ Incursion

WASHINGTON—President Donald Trump on May 5 denied any involvement by the U.S. government in what Venezuelan officials have …

46 people are talking about this

It’s called “plausible deniability,” however, in this case, it is not plausible at all. The US has tried numerous times without success to overthrow the government in Venezuela. Pompeo is an admitted liar. Trump is basically clueless and preoccupied defending his ego on Twitter, so he repeats what he was told by his neocon foreign policy operatives.

Trump and his neocons will, of course, ignore Goudreau’s claim the US was on board with the latest illegal effort to stage a coup. The mercenary profiteer said he had a contract with Pompeo’s State Department.

Former Green Beret Jordan Goudreau’s old friend Drew White told DailyMail.com that Goudreau he had a contract with the US State Department to ‘protect oil interests in Venezuela’.

18 people are talking about this

Short of bombing Caracas, terrorizing and killing thousands, and assassinating Maduro, there is very little the US can do to further destabilize Venezuela.

Venezuela’s opposition needs military intervention if they want to overthrow Maduro in the future. #Venezuela #VenezuelaCoup 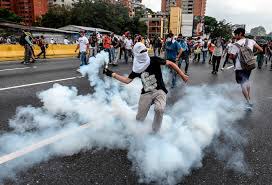 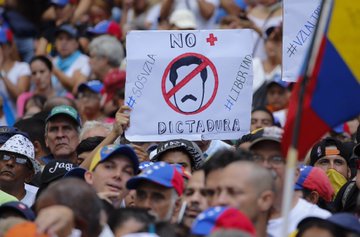 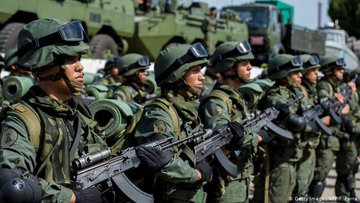 It was people like the old woman pictured below who captured the Green Beret mercenaries. No wonder Pompeo and Trump didn’t acknowledge the obvious link to one of its contractors—the failed mini-Bay of Pigs operation demonstrated just how impotent the US has become in overthrowing disfavored governments. 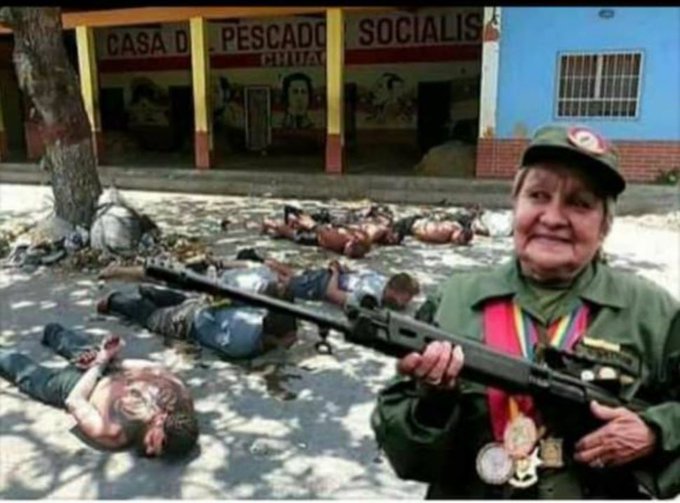 258 people are talking about this

Naturally, the admitted liar and former tank commander Pompeo demands Maduro send the captured American mercenaries home. In actuality, despite this windbag’s threats, the US has few “tools” to ensure the return of these for-profit trained killers. 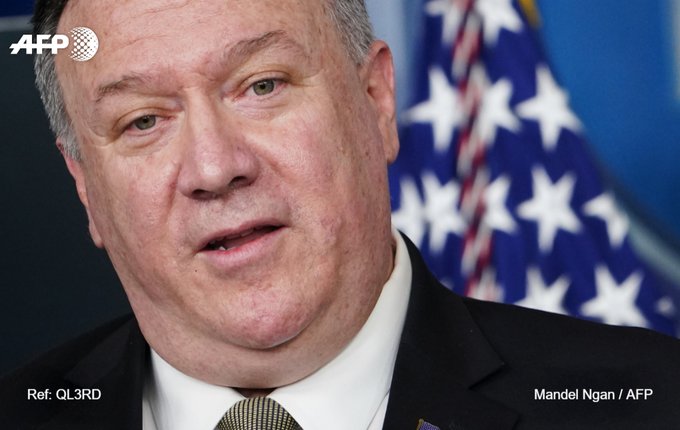 297 people are talking about this

Featured image: Thousands of Venezuelans took to the streets on the last day of the #NoMoreTrump campaign to reject the unilateral measures against the country. | Photo: Venezuelan Ministry of Communication