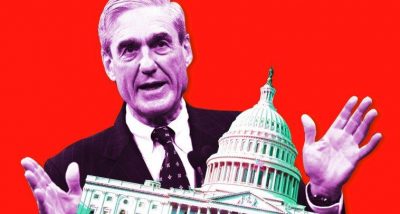 Hoaxes are easy to detect. When accusations lack credible supportive evidence, they baseless.

Not a shred of evidence about alleged Russian US election meddling was ever presented by Washington’s intelligence community, the House, Senate, or farcical Robert Mueller probe.

Russiagate was and remains all about delegitimizing Trump’s triumph over media darling Hillary, bashing Russia, falsely claiming an improper or illegal Trump team connection to Moscow, along with the Big Lie that may never die accusation of Kremlin US election meddling no evidence suggests occurred because none exists.

Chinagate is the new Russiagate, a Big Lie in new form. The power of repetition gets most people to believe almost anything pounded into the public consciousness, no matter how implausible.

Lack of evidence is no obstacle to manipulating the public mind effectively.

Fear-mongering is a longstanding tactic used to create and get most people to believe nonexistent threats to the US by nonthreatening nations transformed into adversaries by the power of state-sponsored propaganda.

Because of their growing preeminence on the world stage, in contrast to the US in decline, China and Russia are demonized by state-sponsored managed news misinformation, disinformation, fake news and Big Lies.

It’s part of the landscape to remain longterm, no end of it in prospect — notably because of complicit establishment media.

They operate as virtual press agents for wealth, power, and the national security state, cheerleading its wars by hot and other means against invented enemies.

The colossal Russiagate hoax was and remains one of the most shameful political chapters in US history, exceeding the worst of McCarthyism.

In 2018, Justice Department Inspector General Michael Horowitz slammed what he called “a biased state of mind (and) a willingness to take official action to impact the presidential candidate’s electoral prospects,” adding:

The Russiagate probe “potentially indicated or created the appearance that investigative decisions were impacted by bias or improper considerations.”

At the time, Judicial Watch president Tom Fitton said “(t)he IG report has destroyed the credibility of the Department of Justice and the FBI.”

Exposure of their wrongdoing should have ended the Russiagate witch-hunt probe straightaway.

Instead false charges persist to this day — despite no evidence ever suggesting that Russia or any other foreign nation interfered in the US electoral process.

In contrast throughout the post-WW II period, the US interfered in scores of foreign elections worldwide, aiming to install leadership of its choice, figures subservient to its interest.

Notably in 2018, former US Director of National Intelligence James Clapper (2010 – 2017) said the following in testimony before the House Intelligence Committee:

“I never saw any direct empirical evidence that the Trump campaign or someone in it was plotting (or) conspiring with the Russians to meddle with the election,” adding:

“That’s not to say that there weren’t concerns about the evidence we were seeing, anecdotal evidence.”

“But I do not recall any instance when I had direct evidence of the content of” alleged Trump team-Russia collusion.

Clapper was asked “(a)t what time is collusion collusion, and at what time is it just people that may have an affiliation with the campaign meeting or talking with…the Russian ambassador or somebody that’s of Russian origin, and when should that be taken as something that rises to the level of an intelligence community concern?”

He responded: “I really can’t answer it other than (a) sort of visceral reaction…”

A US presidential candidate, members of his team, and anyone else in the US can legally meet with officials of other countries. When occurring, it doesn’t suggest it’s with wrongdoing or other mischief in mind.

Information in them destroys the Russiagate Big Lie. No evidence of Trump team-Russia collusion existed at any time.

Years of promoting the Big Lie persist despite no evidence suggesting Russian US election meddling.

Congressional and Mueller probes were exercises in mass deception, their results downplayed by establishment media reports to continue Russia bashing.

Despite revelations from House Intelligence Committee transcripts debunking the Russian meddling Big Lie, most likely it’ll never die to maintain a steady drumbeat of US hostility toward the country.