By Paul Antonopoulos
Global Research, May 28, 2020 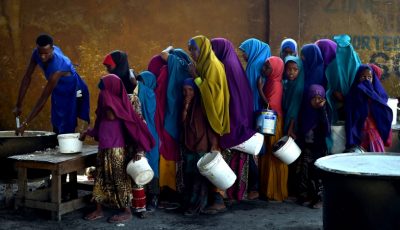 The coronavirus pandemic has not only created contradictory information on the best ways to deal with it, on whether there are cures and vaccinations, or whether there will be a second wave, but they are also contradictory on how the world will look after we overcome the pandemic. Two supranational ideological tendencies have emerged – those who support globalization and think it will continue to function as if the pandemic never occurred, and those who think it is inevitable that coronavirus has sped up the inevitable end of a U.S.-led globalized world.

It was only on Monday that European Union foreign affairs chief Josep Borrell told a gathering of German ambassadors on Monday that “analysts have long talked about the end of an American-led system and the arrival of an Asian century. This is now happening in front of our eyes.” Although the EU supports a globalized world, it predicts that with the end of the coronavirus, the power centers of the world will shift from the West to the East.

The new head of the World Bank, Carmen Rainhart, had a slightly differing position to Borrel and told Bloomberg in an interview that:

“Without being melodramatic, Covid-19 is like the last nail in the coffin of globalization. The 2008-2009 crisis gave globalization a big hit, as did Brexit, as did the U.S.-China trade war, but Covid is taking it to a new level.”

Every economist, think-tank and journalist are coming to their own conclusions, usually not based on facts and data, but rather based on their own political-economic ideology of how they believe the world should be, and not how it actually is. The governments of each country, whether they are major powers or small states, must decide what to prepare for and what future they want in the post-coronavirus world. The colossal differences between globalist and anti-globalist rhetoric are evident and emerging.

The World Economic Forum is one such example and has aggressively defended the U.S.-led globalized order. Only days ago went with the headline “Coronavirus won’t spell the end for globalization – but change is unavoidable,” where they argued “Nobody can predict the next crisis. But the most reliable and efficient insurance by far is to build a strong international cooperation network.”

Supporters of globalization argue that blocking people at borders can deprive society of talented and needed workers and that there is a better chance of responding to the challenges and threats of globalization if with collective action we can address the risk of disease and climate change, cyber-attacks, nuclear proliferation, terrorism and other problems.

In another article by the World Economic Forum from earlier this year before the coronavirus was declared a global pandemic, they argued that “Discontent with globalization is a key factor behind the temptation to advance policy goals through unilateral actions rather than by working together.” The article continues their argument by saying that “although improving international cooperation is an urgent task, it is equally important to acknowledge that there are always trade-offs between qualities such as national sovereignty, democratic legitimacy, effectiveness and speed of decision-making.”

The coronavirus pandemic has shown that in times of crisis, even the most ardent backers of globalization, like the U.S. and the EU, contract to protect their own interests first. Although the EU now regrets this course of action and is attempting to amend it, it has only confirmed in the minds of potential new EU members that multilateralism is a mythology that only serves the interests of powerful states who are not willing to reciprocate the trust in times of crisis.

So American unilateralism, that is, the use of maximum geopolitical egocentrism, as well as economic and military violence against countries that do not want to submit to Washington’s demands any way, is part of today’s global reconfiguration. However, deglobalization will be a difficult task as countries will have to reindustrialize and reconfigure their economies and work forces.

However, this is an admission from Time magazine that it does not believe that a multipolar world is emerging in the aftermath of the failed U.S.-led unipolar system that came into existence after the collapse of the Soviet Union in 1991. This is devoid of all reality as China continues to expand its economic and transportation network across the world and major regional powers have  appeared around the world, such as Russia, who can defend their interests in their own neighbourhood. There is little doubt that the U.S. was on a global hegemonic decline before the emergence of the coronavirus, but the pandemic has only accelerated this inevitability, and no amount of debates by think tanks and media publications can change this fact.