In response to the unconscionable killing of George Floyd by Minneapolis Police, where a police officer joked about not doing drugs as Floyd desperately pleaded to breathe, Kassandra Frederique, Managing Director of Policy, Advocacy and Campaigns for the Drug Policy Alliance (DPA), issued the following statement:

“George Floyd should be alive today. Instead, he drew his last breath after one police officer knelt on his neck for nine minutes and another taunted ‘don’t do drugs, kids’ to the gathered crowd. With George Floyd most recently, Breonna Taylor earlier this month, and countless others before them, perceived drug possession and drug use served as a justification by law enforcement to dehumanize, strip dignity from, and ultimately kill people of color. 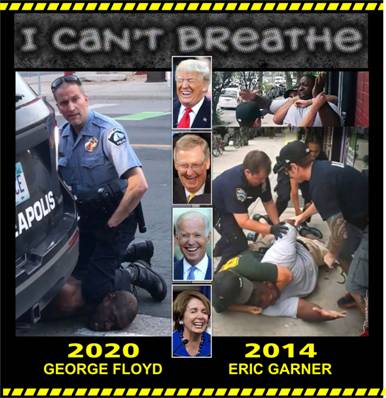 The drug war did not create institutional racism or disregard for Black life in the US. However, it feeds and bolsters the racist structures that snuff out Black life daily. This tragic case is no different. Officer Thao invoking drug use as a warning to bystanders and later as pretext for Mr. Floyd’s death is unconscionable, but the real cause of his death was his brutal mistreatment at the hands of police who repeatedly ignored not only his desperate pleas for mercy but also those of bystanders. The real danger we should be drawing awareness to is not drugs, but the ways in which the color of one’s skin, one’s perceived gender—as our trans siblings know all too well—or one’s socio-economic status make them a target for harassment and, far too often, death.

Drug involvement–whether perceived or real–has provided a convenient excuse for these violent and too often fatal law enforcement interactions. DPA will continue fighting to remove drug involvement as a cover for disregarding the dignity and sanctity of human life. And we will challenge and hold these institutions accountable.  We refuse to stand by while another person cries out, as Eric Garner and George Floyd did, “I can’t breathe,” as law enforcement ends their life.

Ending the failed war on drugs will not legalize Black people, but it will disrupt a system that chips away daily at the very core of our humanity. We don’t need symbolic gestures, we need to strategize, organize, and build campaigns to ensure this doesn’t happen again. We stand ready to work with our allies to do our part.”