As increasingly explosive social tensions grip the United States, opposition is growing to Omaha, Nebraska officials’ decision to release a man who shot and killed a protester on May 30. Omaha officials imposed a curfew for three nights following the shooting and the National Guard was mobilized to assist police in suppressing protests on Sunday.

During one of Omaha’s recent protests against the police murder of George Floyd and the unending reign of police violence in the United States, 22-year-old black youth James Scurlock was shot and killed in a confrontation with white bar owner Jacob Gardner.

Official reports indicate that the father of the bar owner pushed someone twice. Another person then shoved Gardner’s father to the ground. When Jacob Gardner went over to his father, the situation escalated.

Reports and surveillance video indicate that Jacob Gardner backed up and lifted his shirt to show he had a weapon in his waistband and then moved the gun to his side before he was tackled. He then fired at least one shot, according to reports. A man and a woman tackled Gardner, who ended up on his back in the street.

As he rose from the ground with the weapon in hand, Scurlock jumped on Gardner’s back and the two wrestled. Police say Scurlock placed Gardner in either a chokehold or a headlock and after a struggle, Gardner fired over his shoulder hitting Scurlock in between his neck and shoulder, killing him.

Gardner, 38, a self-described libertarian, is a former Marine who had been deployed to Iraq and Haiti. He recently commented on Facebook about having to protect his business over the weekend, according to the Omaha World Herald. He did not have a valid permit to carry a concealed firearm.

Since the shooting, Gardner has reportedly been evicted from two properties where he operated bars on Harney Street. The establishments had public complaints of racial discrimination going back several years. Gardner had a history of making public statements on social media voicing his prejudices, having been in the news for negative comments about transgender women.

The Omaha World Herald reported Douglas County Attorney Don Kleine’s initial decision to conclude justified self-defense in the killing was made based on “a handful of grainy and graphic videos.” On Monday, Omaha City prosecutor Matt Kuhse also said the security video of the altercation and shooting was the only evidence he reviewed.

Kleine chose his words carefully on this matter: “You can’t use deadly force to protect property. Deadly force can only be used if someone is in fear of their own life or serious bodily injury, and they don’t feel like they can retreat safely. Even if they are mistaken, if their beliefs have a reasonable basis, it’s justifiable for them to use deadly force … that’s what the law is.”

But after growing outrage over the murder, Kleine announced on Wednesday he supported a grand jury investigation: “I certainly believe in transparency, and I have no problem with any oversight about decisions that we’ve made.”

There is broad support for the Scurlock family. A GoFundMe for the family has collected more than $200,000 in donations. James Scurlock was the father of a newborn girl. His brother Nicholas Harden spoke to local news media KMTV, “There needs to be further investigation obviously. This man fired shots at different people before my brother jumped on him. They’re trying to portray him as someone involved in an act of violence.”

Robert Fuller, a witness to the altercation Saturday, told the World Socialist Web Site the situation was quite different, noting local and state officials seem to have fully and uncritically accepted Gardner’s tale in releasing him without charge. 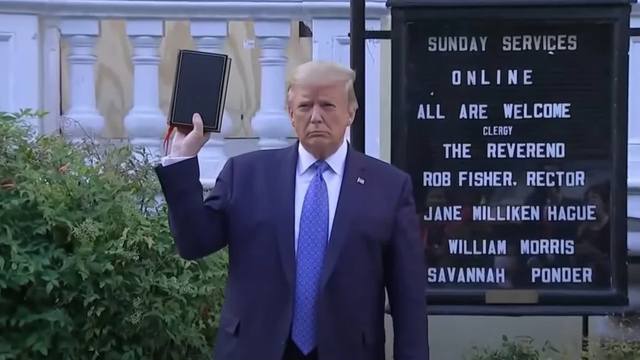 He said, “I had never met James Scurlock before Gardner walked over. I walked over to James, who Gardner was talking to. That’s when his dad was pushed down. I was shoved, I put myself between James and Gardner. It was escalating, they were in each other’s faces. He [Gardner] accused him of breaking windows. But I’ll be honest, I only saw white kids breaking windows. I put my arm up to physically block him and James pushed me away.

“Things happened fast. He was waving the gun in a really weird erratic motion. He waved it toward me and others. He seemed agitated and ready to fire. James was trying to stop him. At the first shot, I didn’t know what to do. At the second shot I went back over and someone was trying to help him [Scurlock]. I saw the look on his face and I could tell that he was dying.

“I had no idea at the time of Gardner’s history of racism. We called the police who came over in a big group, nine or ten, from a half a block away. I was trying to offer a statement. Shouldn’t I have been removed to make a statement? They said, ‘Get out, or we’ll arrest you for obstruction of justice.’ I was trying to find an officer to talk with, but they were all on edge and I stayed on the outskirts of what was going on.

“I called homicide and gave a statement to a detective about 35 hours later. By then Gardner was released and, well–no charges pressed.”

On why the events took place in this manner, Fuller said, “Well, it’s obvious! He’s a rich business owner in town. Officials think about everything from his point of view.

“They never once mentioned the rest of us were afraid. We were terrified for our lives and these people tackled him to get the gun out of his hand. This is the whole point of the protests. The irony is overwhelming. It’s why people are marching in the first place.”

Police violence against the demonstrations also played a role in this murder. Two witnesses confirmed that, prior to entering the downtown area on Saturday, demonstrators had gathered in Omaha’s traditional area for protest at the intersection of 72nd and Dodge, almost six miles away from where the shooting took place. Demonstrators said police “kettled” the protest of about 1,000 into a parking lot and broke it up using teargas for the second night in a row. Within an hour, many protesters moved the demonstration to the downtown area, where the shooting eventually took place.

Republican Nebraska Governor Pete Ricketts, who is from a billionaire family of financiers and political operatives, apologized Tuesday for referring to black leaders as “you people” in a meeting with religious and community leaders, Omaha’s mayor and the chief of police in the aftermath of Scurlock’s murder. The discussion was on legislation governing accountability of law enforcement. A party to that meeting, Pastor Jarrod Parker, voiced his frustration and concern, “That’s why the city is going to go up in flames, Mrs. Mayor and Mr. Chief. You’re not listening, and you can’t listen because at the top of the state is a racist governor.”

Ricketts has pursued viciously reactionary policies as governor, including Nebraska’s first execution in decades in 2018, pioneering the use of the opioid fentanyl to carry out a state killing. In 2015, state lawmakers voted to abolish the death penalty in Nebraska, but Ricketts financed an effort to reinstate capital punishment after lawmakers overrode his veto. Contributing $300,000 of his own wealth to a petition drive organized by several close associates, the issue was placed on the November 2016 general election ballot and approved by a 61 percent majority.

Featured articles on the police murder of George Floyd