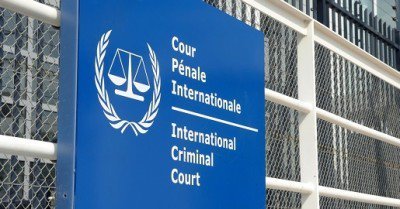 The decision by the Trump administration to sanction members of the International Criminal Court defies logic, in so far as there is any logic to sanctions.  As a policy tool, such tools are supposedly designed to target specific members of a regime that has fallen into bad ways.  In practice, they act as instruments of collective punishment.  When used economically, they miss their mark, having the effect of impoverishing the populace while emboldening the pampered and protected elite.  The brutal and abusive remain untouched.  “The deprivation suffered by civilian populations under sanctions regimes are often violations of economic, social, and cultural human rights,” writes S. P. Marks for the American Journal of Public Health, while also noting that those who impose them tend to make pitiable efforts in terms of “humanitarian exemptions and humanitarian aid.”

Squirrel academics and analysts have tried to evaluate the effectiveness of such punitive approaches in international relations over the years.  A research project of 115 impositions of economic sanctions between 1914 and 1990 conducted by Gary Clyde Hufbauer and colleagues found that these worked in 35% of cases.  An updated version of the research involved the addition of 50 more cases (to take into account 1990-1998), with similar conclusions.  These are not particularly meaningful from a humanitarian perspective, in so far as they use bloodless methodologies.  Humanitarian cost and catastrophe tends to wither before the glacial eye of the economist.

In terms of human rights abuses, sanctions have also come to be deployed, though these do come with a certain sanctimony.  The Global Magnitsky Accountability Act of 2012 is one such example, authorising the US government to sanction designated human rights offenders and those engaged in corruption.  It was named in honour of Sergei Magnitsky, who had purportedly uncovered a fraud of some $230 million in state taxes by Russian officials in 2008.  Three years after his death, inflicted after his arrest and torture, he was posthumously tried.

The extraterritorial scope of the act permits the freezing of assets held by purported violators and enables the banning of travel to the United States.  This was bound to find inspiration in other jurisdictions, and we are left with a situation, claims Helen Chan, where “Magnitsky-style sanctions have become extremely politicized amid a time of testy geopolitics”.  While Chan is referring to the context of uncertainty for businesses, her observations have broader relevance to any entities who operate in such an environment.  Will they become the object of interest for overly exercised officials?

The International Criminal Court is a striking case in point.  ICC jurisdiction is intended as a policing of international humanitarian and human rights law.  But it now faces the glare and disproval of Trump administration officials for having taken an interest in the predations of US forces in Afghanistan and beyond, an interest that also extends to alleged crimes of Afghan government forces and the Taliban.

Having always had a testy relationship with the United States, the ICC now faces sanctions against its officials after the March 5 decision to authorise chief prosecutor Fatou Bensouda to conduct the investigation.  Her remit includes the alleged custodial abuse of some 80 Afghans committed or facilitated by US forces at various global “black sites”.  That angle is particularly troubling for the Trump administration, given that such sites were located in state parties to the Rome Statute of the International Criminal Court, namely, Afghanistan, Lithuania, Poland and Romania.  This has led to the novel, somewhat vigilante view that US forces can offend the law of humanity in any of the 123 state parties to the Rome Statute and evade accountability before the ICC.  This contention, suggests Ambassador David Scheffer, is “precarious” in so far as the US does not challenge the jurisdictional authority of courts in those countries to try US personnel for grave human rights abuses.

Harsh measures against the ICC were already being hinted at in 2018.  In a speech to the Federalist Society, then National Security Adviser John Bolton drew the clearest of lines in the sand of international jurisprudence.

“Americans can rest assured that the United States will not provide any form of legitimacy or support to this body.  We will not cooperate, engage, fund, or assist the ICC in any way.  This president will not allow American citizens to be prosecuted by foreign bureaucrats, and he will not allow other nations to dictate our means of self-defence.”

In April 2019, Bensouda’s ability to travel to the US was revoked by the State Department.  In March this year, a cranky Secretary of State Mike Pompeo publically naming staffers and their families working in Bensouda’s office.  “We want to identify those responsible for this partisan investigation and their family members who may want to travel to the United States or engage in activity that’s inconsistent with making sure we protect Americans.”

That same month, Peter E. Harrell of the Center for a New American Security examined the prospects of any sanctions levelled against the ICC.  Trump would be authorised to do so, he suggested, but it would be tellingly unwise, as it would “trigger a backlash by US allies that would far outweigh any perceived benefits from sanctions.”

On June 11, US President Donald Trump did just that, issuing an executive order targeting officials of the ICC involved in the investigation, including immediate family members.  According to the order, the body’s efforts to “investigate, arrest, detain or prosecute any United States personnel without the consent of the United States, or of personnel of countries that are United Stats allies and who are not parties to the Rome Statute or have not otherwise consent to ICC jurisdiction” constituted “an unusual and extraordinary threat to the national security and foreign policy of the United States”.

The measures are intended to be disruptive, including the freezing of assets and limits on movement.  Other measures include the prevention of entry into the United States of the officials in question, and the prohibition of “any contribution or provision of funds, goods, or services by, to, or for the benefit of any person whose property and interests in property are blocked pursuant to … this order”.

The executive order sits oddly with the various coordinating efforts the US has engaged in regarding the ICC’s functions.  Much of that rarely appears on the Bolton-Trump political radar, but a degree of constructive understanding has been shown at points, including logistical efforts to secure the recent surrender of Ali Kushayb, leader of the Janjaweed government-backed militia in Darfur.

This executive order is more an act of strident protest and petulance rather than anything effectual.  ICC officials are concerned but undeterred.  Magnitsky remains the spectre at the feast; but he would surely find this latest chapter both comical and slightly absurd. “Asset freezes and travel bans are for human rights violators, not those seeking to bring human violators to justice,” insisted an alarmed Richard Dicker, international justice director at Human Rights Watch.  The human rights defenders have become the sanctioned ones.

Dr. Binoy Kampmark was a Commonwealth Scholar at Selwyn College, Cambridge.  He lectures at RMIT University, Melbourne. He is a frequent contributor to Global Research and Asia-Pacific Research. Email: bkampmark@gmail.com.