This article was first published prior to the June 17 vote on non-permanent membership of the UN Security Council.

Canada lost the vote of June 17 to Ireland and Norway.

Elections for the two non-permanent seats on the United Nations Security Council (UNSC) for the group Western Europe and Others is taking place on June 17. Canada is facing off against Norway and Ireland. However, an open democratic and critical discussion of Canada’s colonial heritage and its treatment of First Nations peoples, along with and Ottawa’s Trump-aligned foreign policy, has been as difficult to start as a can of pickles with hands generously scrubbed with sanitizer.

In the last Canadian pre-electoral and actual election period in the fall of 2019, Trudeau had to deal with a few challenges from the grassroots. In a sadly mocking and insulting manner, he fended off interruptions from Indigenous complainants suffering from mercury poisoning. He skated around peace activists questioning him and then Foreign Minister Chrystia Freeland about their double standards. For example, on the one hand recognizing the fraudulent election of Bolsonaro in Brazil (after the judiciary imprisoned front runner Lula da Silva on spurious charges), while refusing to recognize constitutionally elected Venezuelan president Nicolás Maduro on the other. Trudeau and his cabinet also faced protests by activists opposing Canada’s weapons sales to notorious human rights violator Saudi Arabia and Ottawa’s unconditional support for Israel at the expense of Palestine. While corporate media had no choice but to show these disruptions, as they appeared live on TV, it soon went back to business as usual by obediently keeping all these critical issues away from public scrutiny.

Nevertheless, starting on May 19, 2020, this media blackout was forced to change to a certain extent. That day, an open letter was published in the daily Toronto Star signed by hundreds of international, Canadian, Québécois and Indigenous personalities. The document highlighted the whole gamut of issues from the Trudeau government’s forced encroachment onto Indigenous territory to push through new oil and gas pipelines, its heavily U.S.-oriented foreign policy on Venezuela, Haiti, Bolivia and other countries in the Latin American/Caribbean region, its pro-war NATO membership, ambitions toward Africa, utter contempt for Palestinian rights and so much more.

Furthermore, on May 19 when the petition was published in the Star, Trudeau was asked during his daily COVID-19 presser about the seeming existence of divided public opinion concerning his UNSC bid. Instead of discussing the issue, Trudeau arrogantly dismissed it as if it did not exist, saying there was no division whatsoever, and then taking a snipe at Maduro to distract attention from the question.

However, that authoritarian rejection was easier said than done. Against the background of Trudeau’s domestic and foreign policy, Canada’s UNSC bid did not only remain under scrutiny from that day on, but the doubts are actually increasing and picking up steam as the weeks go by.

For example, the Canadian organization, Just Peace Advocates, published a well-documented open letter on Palestine, which was sent to all 193 UN Ambassadors and signed by 100 organizations and dozens of prominent individuals. It immediately impacted the Canadian political scene to the extent that the Canadian Ambassador to the UN, Marc-André Blanchard, was forced to write a reply to all UN Ambassadors, defending Canada’s one-sided Israel policy. This obviously desperate move did not go unnoticed, even by mainstream media, fueling further doubts about the credibility of Canada’s UNSC bid.

Perhaps the clearest indication that Canada’s “colonialism at home, imperialism abroad” policy is increasingly under national and international scrutiny is the last-minute trip by Canadian Foreign Minister Champagne to the UN in New York, only a few days before the vote. Add to this the crescendo of last-minute phone calls by Trudeau and Champagne. They have called dozens of world leaders, ostensibly to talk about “combating COVID-19.” However, a careful examination of the tweets indicates that in reality, Canada is cynically seeking whatever additional UNSC votes it can, with its supposed concern over COVID-19 serving as a pretext.

In contrast, we do not see Norway or Ireland acting in a similar sycophantic manner. This flagrant difference alone should convince any country to firmly reject Canada and vote for the far more civilized Norway and Ireland.

So far, emphasis in this article has been placed on the debate being opened up in national and international corporate media. However, one should not underestimate the work being done at the grassroots level by thousands of people and organizations in Canada, supported by the progressive international community. Yet, the work of one grass roots activist stands out. The revolutionary artist Roger Waters of Pink Floyd fame, tweeted the following on June 13:

“A note to their Excellencies, the Members of the General Assembly of the UN:

An Irishman, a Norwegian and a Canadian go to a party for a game of Musical Chairs.

There are two vacant chairs on the UN Security Council at the party.

When the music stops, let’s make sure the Irishman and the Norwegian are seated at the table where they belong.

Here is the one-minute YouTube video created by 25 year-old Palestinian artist and activist @Lin244 that Waters posted. It had over 20,000 visits in the first 24 hours. It deals with both Canada’s colonialism at home against First Nations peoples as well as its imperialism abroad with the example of supporting Israel/U.S. in its attempt to deny Palestinian human rights. 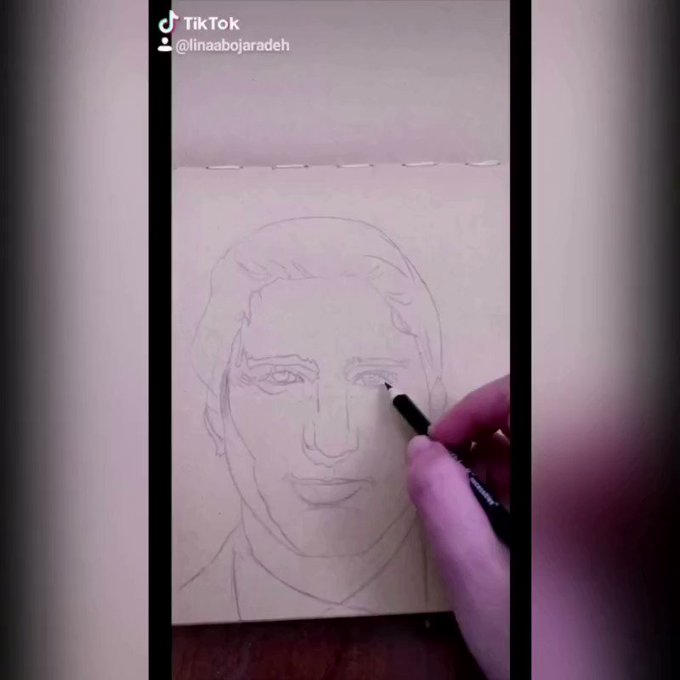 45 people are talking about this

Keep in mind that we are up against imperial Canada, with enormous funds being spent on the UNSC bid, with its strong international connections in both the British Commonwealth and the Francophonie, plus NATO and other such exclusive international clubs. Nor can one overlook the support by the U.S. in the corridors of power since Washington surely prefers as faithful an ally as Trudeau. The Canadian PM has gone out of his way to demonstrate his sycophancy toward Trump on all international issues since he was first elected in 2015. However, his deference to Trump on even the most  obvious of issues, such as Trump’s handling of racism and his infamous 20-second silence when asked to call out Trump, has left many in Canada wondering if we have an independent foreign policy at all. There is no doubt that slavishly following Trump, especially on the Security Council, will not serve Canadians’ best interests.

This article was originally published on Orinoco Tribune.

Arnold August is a Canadian journalist and lecturer, the author of Democracy in Cuba and the 1997–98 Elections, Cuba and Its Neighbours: Democracy in Motion and Cuba–U.S. Relations: Obama and Beyond. As a journalist, he collaborates with many websites in Latin America, Europe, North America and the Middle East. He is a contributor to Orinoco Tribune. His website: www.arnoldaugust.com

Featured image is from Orinoco Tribune