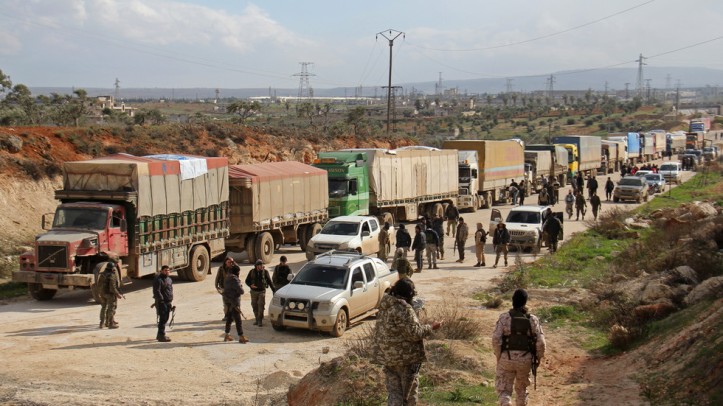 The UN Security Council has finally reached a compromise, agreeing to keep one checkpoint in militant-controlled Idlib open for aid deliveries from Turkey. After vetoing two initial drafts, Russia and China abstained from voting.

Seeking to limit the number of border crossings outside of Syrian government control, Russia vetoed two Western resolutions and had two counter-proposals fail over the past week. A deal was finally reached Saturday night to keep just one checkpoint in militant-controlled territory open for the next 12 months – Bab Al-Hawa, which is used for over 80 percent of UN deliveries to northwestern Syria. 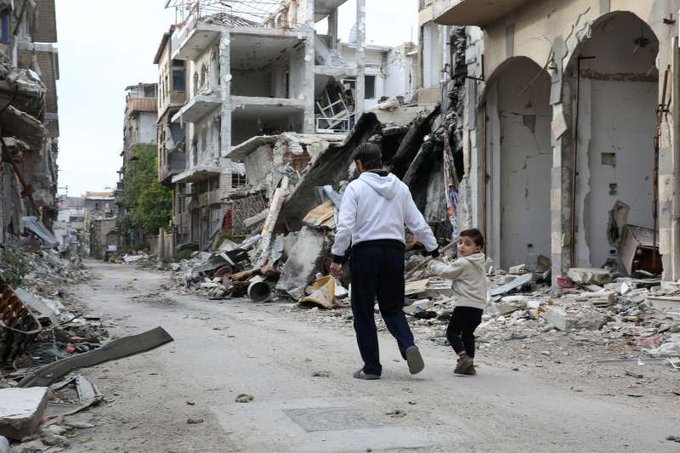 Moscow argued that the situation in Syria has changed dramatically in recent years and most of its territory is now under official Damascus control. China agreed that any cross-border deliveries should be “adjusted accordingly in light of the developments on the ground.”

While Moscow and Beijing criticized Western diplomats for refusing to acknowledge that unilateral sanctions on Syria aggravate the humanitarian crisis, they stopped short of vetoing the latest redaction of the resolution, drafted by Germany and Belgium.

ALSO ON RT.COMUN Syria commission never went to Idlib, obsessed with blaming Damascus – LavrovThe Russian mission to the UN reiterated that the existing cross-border mechanism (CBM) “does not reflect minimal requirements” of the international humanitarian law principles, especially since the UN has no real presence in the Idlib de-escalation zone and thus it is “impossible to control how humanitarian assistance is delivered and who are its final beneficiaries.”

We proposed that the resolution requests the UN Secretary-General to prepare a report on the assessment of Western sanctions impact on the Syrian economy, how much they affect ordinary citizens and provision of humanitarian assistance. Our Western colleagues were ready to sacrifice the entire CBM but prevent this amendment from being adopted.

The Security Council authorized the humanitarian operation in 2014, as an emergency measure at the height of the war in Syria, to facilitate the flow of humanitarian aid to areas under the control of various armed groups. In addition to Turkish checkpoints, border crossings with Jordan and Iraq were also included in the arrangement, but were shut down in January.

ALSO ON RT.COM‘Like living in prison’: Refugees from jihadist-ruled Idlib share stories of oppressionArguing that the closure of other crossings in areas beyond the control of the legitimate Syrian authorities had stimulated cooperation between the UN and Damascus, and actually resulted in an increase of aid flow, Russian diplomats expressed hope that their “western colleagues will stop ignoring the evolution of the situation in Syria and will encourage international humanitarian workers to cooperate with official Damascus.”