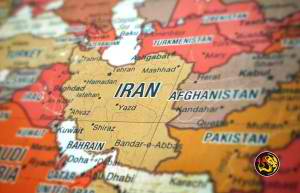 By Iran-Eurica
Global Research, August 26, 2020
The Iranian Institute for European and American Studies

The narrative of “regime change in Iran” has turned into a profitable industry run by those who indoctrinate White House officials with misperceptions about the course of events in Iran, and by doing so, mislead US policies vis-à-vis Tehran. Indeed,  the brokers’ profits from the “regime change industry” are ever expanding.

When it comes to policymaking towards Iran, White House officials are always torn between two options: considering the existing facts and realities on the ground or following their own aspirations and illusions. Although choosing the wrong option has often been more convenient than the right one.  In fact, owing to the repetition of pointless, interventionist and hostile strategies like “regime change” in the statements of US officials, the spirit of US-Iran relations have become intertwined with constant hostility.

Remarks made by US officials, indicate how much US assessments of Iran’s actual situation at domestic, regional, and international levels are far from reality and are founded on the illusions of the anti-Iran lobby groups.

Hence, referring to the realities of Iran’s current situation may make the US officials more mindful of what might ensue from the persistence of US hostile policies against Iran.

Undoubtedly, Iran’s economy has undergone difficult circumstances due to the US financial and economic sanctions, coupled with European countries’ inaction. More importantly, because of the consequent problems in money transfers with Iran, many necessary goods especially in the healthcare sector are not allowed to enter Iran – an issue that has led to the suffering of thousands of innocent Iranians fighting EB or the COVID-19 pandemic.

Nevertheless, dealing with harsh economic and social conditions is not an unexpected matter in any country whose revenues have plummeted significantly and has encountered difficulties in import and export of goods, hence, Iran is not an exception.

In spite of some US officials’ hope for widespread domestic discontent in Iran, Iran’s development indicators are not only high compared to many countries in the region, but also very close to international standards. In fact, Iranian people’s access to many indicators of social welfare, such as education, healthcare, insurance, and transportation network is much above-average.

Over recent years, various Iranian governments have adopted effective measures to promote social justice and improve welfare indicators for the general public and have generally designed and implemented appropriate mechanisms to increase efficiency.

Furthermore, progressive policies are currently on the government’s agenda: the banking and financial system is being amended so as to support businesses and startups, the all-inclusive insurance system is providing widespread support to the workforce, the procedures for starting a business are speedily getting shorter, the mechanisms of the tax system are being reformed in order to develop tax justice and transparency of revenues, the judiciary is focused on making the financial statements of banks, businesses and government officials more transparent, the apparatus of government is trying to be more efficient and efforts are being made to reduce government bureaucracy.

Who is the Winner of the Iran Sanctions Game?

As a result of US economic sanctions and the drop in global oil prices, long-term policies have been introduced with the purpose of decreasing dependence on oil revenues, the outcome of which will be seen a few years later.

The current state of Iran’s economy is a direct result of sanctions policy imposed by the United States and its allies. According to some estimates, since May 2018, Iran’s access to more than $ 50 billion has been lost owing to US sanctions. However, as mentioned earlier and despite claims by US officials, all these pressures have not put Iran through the course to decline. Iran is a rich country which has enormous resources in different fields including stability, skilled labor force, motivated and diligent youth, oil and gas, numerous mines, high potential for investment in knowledge-based economy and eligible infrastructure to attract foreign investors. Certainly, having these capacities keeps people hopeful for the future. Yet, as Pompeo points out, US officials are working hard to make life difficult for the Iranian people by depriving them of these opportunities for growth.

Over the past decades, Iran has been a witness to the consequences of US interventions in other countries, including Afghanistan and Iraq.  Just a short visit to these countries provides one with a wealth of information about the prevailing political, social, and economic instability. The assets of these countries have been held by Washington for nearly two decades and they are being spent on the development of the two countries. Therefore, no one in Iran can be fooled by the sweet promises of the United States since the US has failed to fulfill its pledges in Iraq and Afghanistan.

The aforementioned points are very general examples of the existing realities in Iran. Yet, White House officials are listening to the brokers who plunder American financial resources through propagating the illusory promise of regime change.

For years, US officials, under the influence of anti-Iran lobby, have been waiting for regime change in Iran and, thus, have missed the opportunity to engage constructively with Iran. If one were to examine the realities on the ground, they would clearly understand that the necessary conditions for the realization of White House aspirations are not provided, both domestically and abroad.

The United States does not have a real understanding of its threats and enemies, or perhaps, strives for more attainable policy goals as a result of its inability to achieve more difficult policy goals – though despite the fact that Washington’s focus fixation on Iran exhausts the country’s capacity to pursue more immediate policy goals.

The undeniable reality before the United States and its allies is that they ought to treat Iran and Iranian people with respect. The dignity of the Iranian people is a non-negotiable issue and using the mindset of force against Iran has been proven to be ineffective.

The United States has frequently had the opportunity to rectify its misguided policies towards Iran through positive interactions, but each time, under the influence of anti-Iran lobby groups, it has exacerbated its animosity toward Tehran.

Nevertheless, the continuation of enmities not only does not lead to the unrealistic demands of US officials being met, but also tarnishes the Iranians’ view of the US more than ever before. It is not strange for a person to lie, but it would be unusual if they believed their own lie. Certainly, the brokers of regime change are well aware of the futility of anti-Iran policies; nonetheless, the important question is when US officials would become aware of this reality.