How Pakistan’s Military Created Rift Between Imran Khan and Modi?

During his stint in power as Pakistan’s prime minister until July 2017, Nawaz Sharif had nurtured cordial working relationship with India’s Bharatiya Janata Party (BJP) leaders Atal Bihari Vajpayee and Narendra Modi. This, along with his role in Kargil conflict of 1999 with India, was precisely the reason why Pakistan’s military establishment turned against him and he was eventually disqualified from holding public office by a Pakistan’s apex court’s ruling in July 2017 acting on the instructions of the establishment.

Imran Khan is himself a secular liberal and is known to have cultivated close friendships with many Indian celebrities, including with glamorous “Khans of Bollywood,” during his cricketing career. He is also credited with inaugurating a Sikh Gurdwara at Kartarpur, to the opening ceremony of which former Indian Prime Minister Manmohan Singh was also invited, and for allocating land for a Hindu temple to be built in Islamabad since assuming premiership in August 2018.

Pakistan’s military is wary of pacifist tendencies of civilian politicians and jealously guards its traditional national security domain. Therefore, within months of Imran Khan being inaugurated as prime minister of Pakistan, a terrorist attack took place in Pulwama district of Indian-administered Kashmir on the Valentine’s Day, February 14, 2019, inflicting 40 fatalities among Indian paramilitary forces. The vehicle-bound suicide attack was conducted by a Kashmiri native Adil Dar allegedly belonging to Jaish-e-Mohammad (JeM) militant outfit operating from across the Line of Control in Pakistan-administered Kashmir. 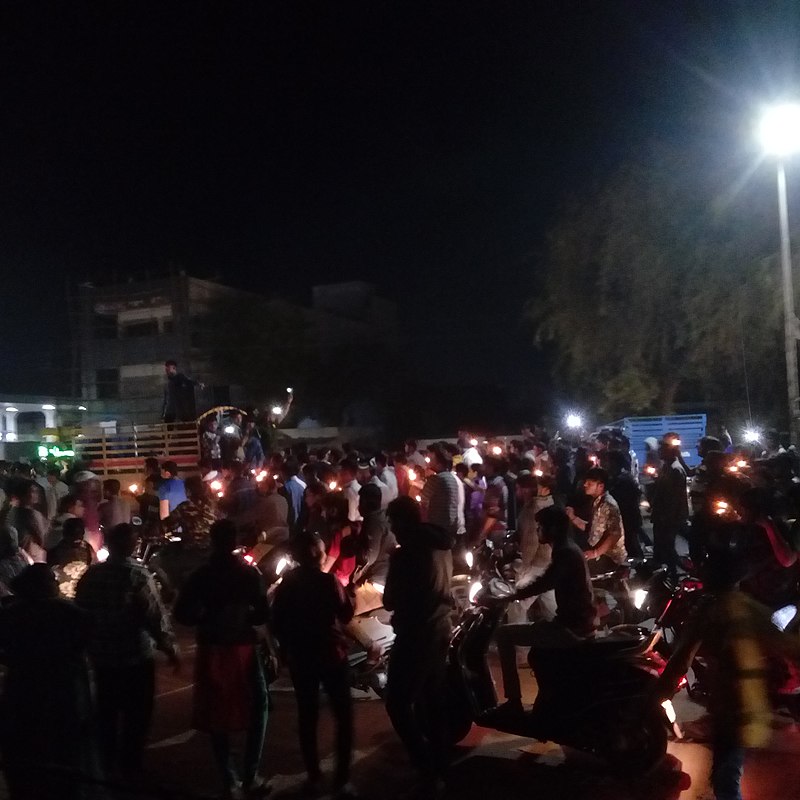 The timing of the terrorist attack was critical as it happened on the eve of Indian general elections due to take place in May 2019. Some sort of retaliation was obvious, but what Narendra Modi did, even Pakistani military strategists could not have anticipated it.

In a pre-dawn airstrike on February 26, 2019, 12 Indian Mirage 2000 fighter jets intruded into Pakistan’s airspace and dropped their payload on the top of a mountain at a terrorist training camp, allegedly belonging to the same jihadist group that had claimed responsibility for the Pulwama attack in the Indian-administered Kashmir on February 14, 2019.

Although Pakistan military’s officials claimed after the Indian incursion that the Indian jets had intruded 3-4 miles in Muzaffarabad sector of Pakistan-administered Kashmir, according to location provided by local residents and subsequent news reports, the site of the airstrike was deep inside the Pakistani territory between Balakot and Mansehra in northwestern Pakistan. Thankfully, no loss of lives was reported as the bombs fell in the open and created four large craters.

In response, Pakistan’s air force struck six targets inside Indian-administered Kashmir the next day on February 27. Indian air force chased Pakistani aircrafts inside Pakistan-administered Kashmir where an Indian MiG-21 aircraft was shot down by Pakistan’s air force and an Indian pilot Abhinandan Varthaman was arrested, who was released a couple of days later on March 1, 2019, as a gesture of goodwill on the orders of Prime Minister Imran Khan, even though Pakistan’s military’s top brass had reservations against his unconditional release.

Although the military escalation between nuclear-armed rivals was amicably resolved, the confrontation soured the relationship between Imran Khan and Narendra Modi to the extent that Imran Khan began calling Modi a Hindu fascist and the latter in turn couldn’t stand the sight of Imran Khan.

The February 2019 face-off between Pakistani and Indian armed forces was reminiscent of another stand-off between the hostile neighbors a decade earlier in November 2008. In August 2008, Pakistan’s longtime dictator General Pervez Musharraf was ousted from power and a liberal and secular Pakistan People’s Party formed the government.

Wary of a rapprochement between civilian-led governments in Pakistan and India, Pakistan’s military establishment orchestrated another terrorist attack in November 2008 in which ten members of Lashkar-e-Taiba, a terrorist organization based in Pakistan, carried out twelve coordinated shooting and bombing attacks lasting four days across the Indian metropolis Mumbai, inflicting 174 fatalities including nine attackers. One of the attackers, Ajmal Kasab, was captured alive who was subsequently hanged in November 2012.

In Pakistan’s context, the national security establishment originally meant civil-military bureaucracy. Though over the years, civil bureaucracy has taken a backseat and now “the establishment” is defined as the military’s top brass that has dictated Pakistan’s security and defense policy since its inception.

Similarly, the Egyptian and Turkish military establishments also have a liberal outlook, but they are equally capable of forming alliances with conservatives if and when it suits the institutional interests of military. In fact, since military’s top brass is mostly groomed in urban milieus, therefore its high-ranking officers are more likely to have liberal temperaments.

The establishment does not judge on the basis of ideology, it simply looks for weaknesses. If a liberal political party is unassailable in a political system, it would join forces with conservatives; and if conservatives cannot be beaten in a system, it would form an alliance with liberals to perpetuate the stranglehold of the “deep state” on its traditional domain, the security and defense policy of a country.

The biggest threat to nascent democracies all over the world does not come from external enemies, but from their internal enemies, the national security establishments, because military generals by their very training have a chauvinistic mindset and a hawkish temperament. An additional aggravating factor that increases the likelihood of military coups in developing democracies is that they lack firm traditions of democracy, rule of law and constitutionalism which act as bars against martial laws.

All political parties in Pakistan at some point in time in history were nurtured by the security establishment. The founder of Pakistan People’s Party (PPP), Zulfikar Ali Bhutto, was groomed by General Ayub’s establishment in the 1960s as a counterweight to Sheikh Mujib’s Awami League in the East Pakistan province of Pakistan, which is now a separate country Bangladesh, though the Pakistan People’s Party (PPP) later turned out to be a fiercely anti-establishment political force under the leadership of Zulfikar Ali Bhutto’s daughter Benazir Bhutto.

Similarly, Nawaz Sharif was nurtured by General Zia’s administration during the 1980s to offset the influence of Benazir Bhutto-led Pakistan People’s Party, which was deemed a “security risk” by the military’s top brass. And finally, Imran Khan was groomed by General Musharraf’s establishment to counterbalance the ascendancy of Nawaz Sharif, who had fallen out with the establishment after the Pakistani military’s ill-conceived Kargil operation in the Indian-administered Kashmir in 1999.

It’s quite ironic, however, that as soon as the establishment’s former protégés develop a political constituency for themselves, they opportunistically turn against their erstwhile patrons in the military and strive to monopolize power in the hands of their respective political organizations. It might take some time for the newly elected government of Imran Khan to cross swords with its rogue benefactors, but it is bound to happen sooner or later. 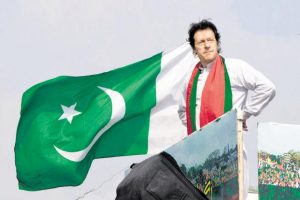 Regardless, Prime Minister Imran Khan is an educated, well-informed, articulate and charismatic leader. Being an Oxford graduate, he is much better informed than most Pakistani politicians. And he is a liberal at heart. Most readers might disagree with the assertion due to his fierce anti-imperialism and West-bashing demagoguery, but allow me to explain.

It’s not just Imran Khan’s celebrity lifestyle that makes him a liberal. He also derives his intellectual inspiration from the Western tradition. The ideal role model in his mind is the Scandinavian social democratic model which he has mentioned on numerous occasions, especially in his speech at Karachi before a massive rally of singing and cheering crowd in December 2012.

His relentless anti-imperialism as a political stance should be viewed in the backdrop of Western military interventions in the Islamic countries. The conflagration that neocolonial powers have caused in the Middle East evokes strong feelings of resentment among Muslims all over the world. Moreover, Imran Khan also uses anti-America rhetoric as an electoral strategy to attract conservative masses, particularly the impressionable youth.

Finally, we need to bear in mind the fact that Imran Khan’s political party draws most of its electoral support from women and youth voters. Both these segments of society, especially the women, are drawn more toward egalitarian liberalism than patriarchal conservatism, because liberalism promotes women’s rights and its biggest plus point is its emphasis on equality, emancipation and empowerment of women which constitute more than 50% of population in every society.

Nauman Sadiq is an Islamabad-based attorney, columnist and geopolitical analyst focused on the politics of Af-Pak and Middle East regions, neocolonialism and petro-imperialism.