Continued German Support for Nord Stream 2 Completion? Towards a Shift in Russia-Germany Relations?

Construction of Russia’s Nord Stream 2 gas pipeline to Germany is about 94% completed.

The project is all about supplying Germany and other European countries with readily available low-cost Russian natural gas — around 30% cheaper than US liquified natural gas (LNG).

Both right wings of the US one-party state want the pipeline halted to benefit US producers at Russia’s expense.

“We haven’t backed down (on wanting Nord Stream 2 completed) nor do we intend to back down.” 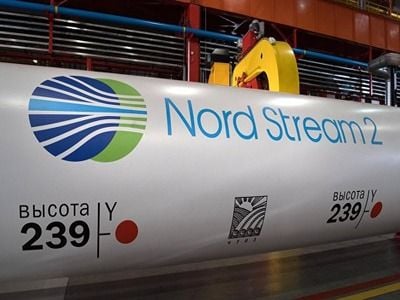 During a September 24 – 25 summit of EU leaders, the future of Nord Stream 2 will be discussed.

Ahead of the summit, Merkel’s government offered to invest around one billion euros (about $1.2 billion) in construction of two terminals in Germany for US LNG.

“In exchange (for Berlin’s proposed LNG investment), the US will allow unobstructed finalization and use of Nord Stream 2,” adding:

“(E)xisting legal options for (challenging US) sanctions (on firms involved in the project) have not been exhausted yet.”

Proposed German LNG terminals would be built in Brunsbuttel and Wilhelmshaven.

Berlin’s proposal also included a gas transit contract for Ukraine and financing of a terminal for Poland’s use of US LNG.

Merkel still supports the project as evidenced by her government’s offer to build two terminals for US LNG in exchange for dropping sanctions on the pipeline by the US. 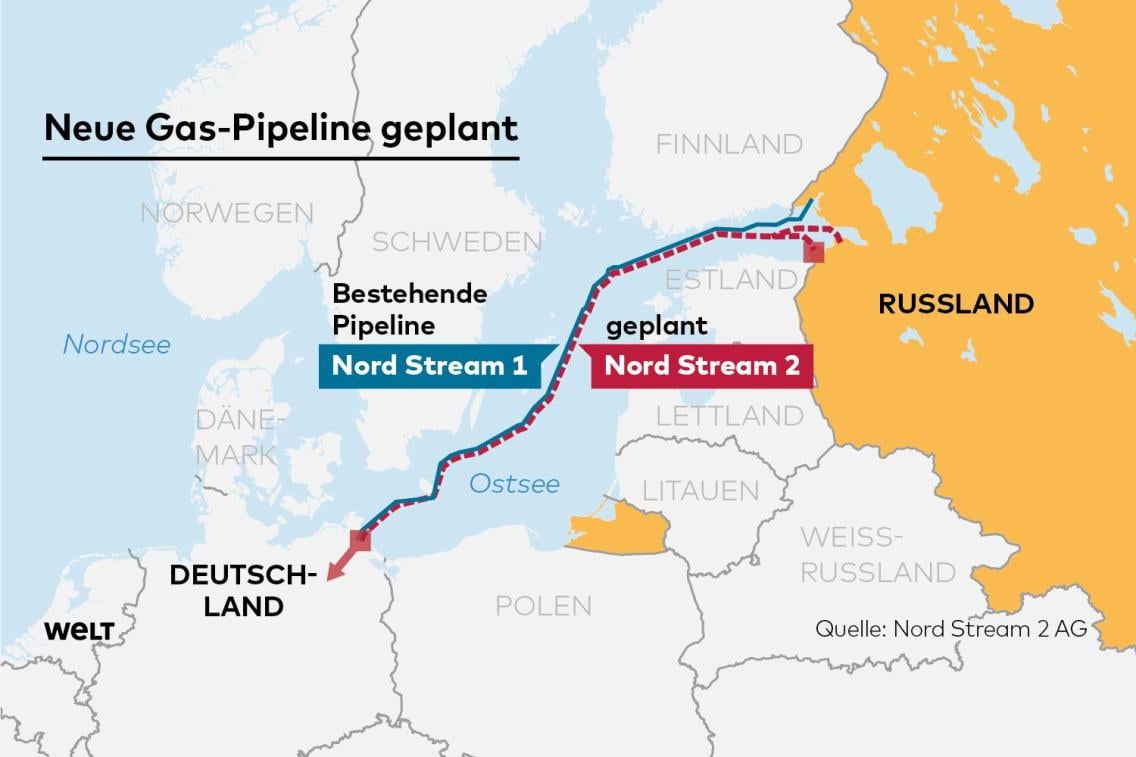 It targets all nations and enterprises involved in the project, including underwriting, insurance and reinsurance companies.

At the time, Gazprom CEO Alexey Miller said Russia will complete construction of the project on its own — expected to be operational in January or shortly thereafter.

“Poland has from the very beginning emphasized that European solidarity (on Nord Stream 2) should be unambiguous.”

“Therefore, if such a need is expressed by the German side, Poland is open to the idea of using the infrastructure which it is building for its own energy security.”

His remark followed German media reports that Merkel said a decision by her government on Nord Stream 2 has not been made in light of the Navalny incident.

German officials supporting the project stressed that the country will be the main beneficiary of its completion economically, environmentally and strategically.

If completed in October 2022 as proposed, it’ll be able to deliver about 10 billion cubic meters of natural gas annually — less than 20% of Nord Stream 2’s 55 billion annual cubic meter capacity.

Berlin earlier was skeptical about the project because of environmental concerns.

A day after the Navalny incident last month, Merkel said Nord Stream 2 will be completed regardless of threatened new US sanctions on firms involved in the project.

“It should stop being mentioned in the context of any politicization.”

“This is a commercial project that is absolutely in line with the interests of both Russia and European Union countries, and primarily Germany.”

Whatever caused it wasn’t from a novichok nerve agent, the deadliest know substance able to kill exposed individuals in minutes.

Over three weeks after falling ill, Navalny is very much alive, recuperating in a Berlin hospital, and able to be ambulatory for short periods.

On September 14, CNBC reported the following:

“Experts say Berlin is unlikely to (abandon Nord Stream 2 that’s) over 94% completed after almost a decade’s construction, involv(ing) major German and European companies, and is necessary for the region’s current and future energy needs,” adding:

“In this case, economic and commercial interests could trump political pressure” against Russia.

Chief eurozone economist Carsten Brzeski said he doesn’t see  “Germany pulling out of the project…Many (in the country) are still in favor of it.”

“Germany has been reluctant to link the fate of its involvement with Nord Stream 2 to the Navalny incident so far, and (FM Heiko) Maas conceded that stopping the building of the pipeline would hurt not only Russia but German and European firms.”

“(O)ver 100 companies from 12 European countries” are involved in the project…about half of them from Germany.”

Featured image is from Asia Times

Continued German Support for Nord Stream 2 Completion? Towards a Shift in Russia-Germany Relations?