gallery Russia and Iran in Syria; Iran Prepares a Move on the Israeli Borders 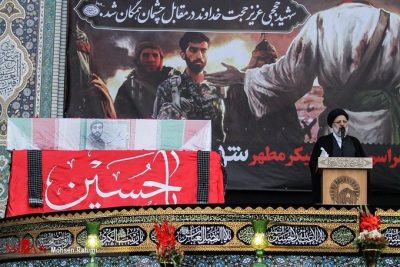 There has been a lot of talk about a Russian-Iranian conflict of interest in Syria and the differences of priorities, goals, and about the deployment of the Iranian forces in different Syrian provinces, in particular in the south of Syria bordering the Israeli occupied Golan Heights. In reality, there are organised disagreements which the various players have accepted without this necessarily affecting their primary objectives. However, Iran seems to have decided to take more escalatory steps in Syria that are expected to cause concern in Israel. This step follows the normalisation of the Emirates and Bahrein relations with Israel, whose open relationship and collaboration with the Gulf countries now give Israel a presence directly on Iranian borders.

During the years of the Syrian war, Israel tried everything in its power to topple President Bashar al-Assad to allow ISIS and Al-Qaeda to win. The Israeli air force bombed hundreds of objectives over the entire Syrian map to no avail. Iran’s support for Syrian stability and unity and its victory over takfiri terrorists and their backers in the region and the international community earned a privileged presence for Iran’s forces and its allies in Syria.

Speculation has abounded about Russian efforts to push Iran back 40 kilometres away from the occupied Golan Heights. However, the reality – according to well-informed sources in Syria – is different. Iranian advisors and military experts are present with their allies along the borders and in the areas of Daraa and Quneitra in particular.The sources explain that “due to the recent developments (normalisation with Gulf countries) in the Middle East, Israel is now moving on the borders of Iran and has a security and military presence there.

Consequently, Tehran is preparing to show its existence and …

Featured image is from EJM

Russia and Iran in Syria; Iran Prepares a Move on the Israeli Borders