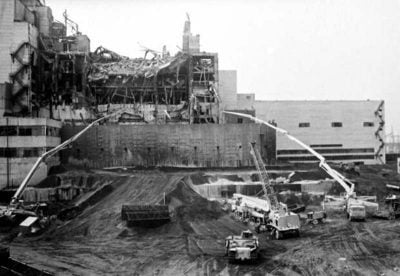 It is beginning to appear that beyond the increasingly likely exchange of nuclear weapons strikes between the US and Russia there is yet another scenario for a nuclear catastrophe that in recent days has presented itself in Ukraine.

According to the Director General of the International Atomic Energy Agency (IAEA), Rafael Mariano Grossi, “the shelling at Europe’s largest nuclear power plant Zaporizhya underlines the very real risk of a nuclear disaster that could threaten public health and the environment in Ukraine and beyond.”

The obvious question is who is responsible for this shelling?

As expected, Zelensky and his Western backers, including a complicit media, immediately accused Russia of this shelling, while Moscow is accusing Ukraine.

UN officials, at least so far, have not pointed fingers at either potential culprit but have continued to express deep concern over the dire state of affairs.

“Since the beginning of this tragic war, the IAEA – and I personally – have been working on supporting Ukraine in keeping all its nuclear facilities safe and secure.”

Actually, the head of the IAEA has been ready to lead a mission to inspect the safety, security and safeguards of the Zaporizhya power plant, but for unknown reasons this has been prevented thus far. One wonders why.

Since the Russians control this plant, and actually the whole city of Zaporizhya, it would be pretty odd if they decided to shell territory they already hold. Besides, the Russians publicly claim that they keep urging the UN to send their mission as soon as possible. Up until now, however, those appeals have fallen on deaf ears.

Grossi says that his team would also provide impartial and independent information about the status of the Zaporizhya facility but regrettably this vital mission has not yet happened, and not because of the IAEA.

“Despite our determined efforts, it has not been possible, so far”, – said Grossi. It would be interesting to know who prevents his team to take this trip.

Grossi keeps making statements that he is not going to give up and will “continue to push – and push again – for this IAEA mission to finally take place”.

Good for him, and also for UN Secretary General António Guterres, who makes similar statements but to no avail. All this is very suspicious. Apparently, some powerful folks are not interested in presenting the truth but, taking into account that this plant is the largest in Europe, its explosion would be a lot more powerful than that of the 1986 Chernobyl disaster. Horrifying as the thought is, maybe some people somewhere want that to happen?

As for determining the culprits of these crimes, somehow I believe we need more reliable witnesses than Zelensky to tell the truth. More and more witnesses, including Amnesty International and western journalists, report that Ukrainian army is responsible for using civilians as human shields, placing artillery near schools and hospitals, shelling of civilian targets, including water, electric, and gas infrastructure, at times using NATO-supplied weapons and petal mines which are specifically prohibited by EU-Ukraine agreements signed back in 2013 per the Ottawa Convention. Indeed, the EU and NATO were supposedly helping Ukraine destroy its petal mine stockpiles. In any event, if the UN has any relevance left at all, the immediate dispatch of an IAEA team to this nuclear power plant is long overdue.

Featured image is from New Kontinent

The original source of this article is New Kontinent