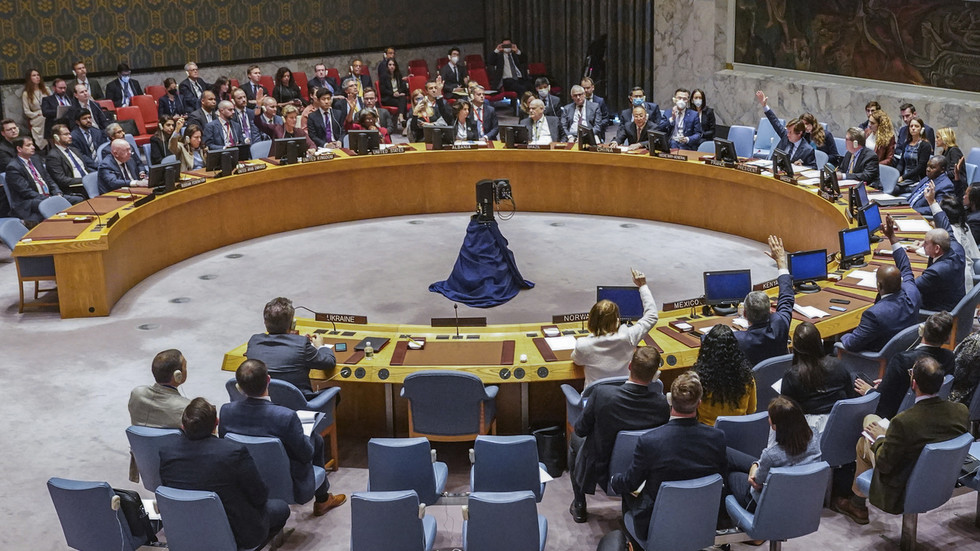 Russia blocked a US-sponsored resolution that would have condemned itself

Russia has accused the US of baiting it into using its UN veto power in a bid to limit Moscow’s influence on the Security Council. Russia blocked a US-sponsored resolution on Friday that would have condemned its acceptance into the Russian Federation of four former Ukrainian territories.

Russian President Vladimir Putin signed accession treaties on Friday, starting the process of bringing the two Donbass republics and the Zaporozhye and Kherson Regions into the Russian Federation following successful referendums. Within hours of the treaties being signed, the US introduced a resolution to the United Nations Security Council condemning the “illegal so-called referenda in Ukraine” and demanding Moscow immediately withdraw its forces from Ukraine.

The meeting had originally been convened to discuss the sabotage of the Nord Stream gas pipelines, which Russian envoy Vassily Nebenzia told the council benefited the US. Russia wants a comprehensive investigation into the incident, he added.

The resolution, co-sponsored by Ukraine, got the support of 10 UNSC members, while four – China, Brazil, India and Gabon – abstained. Russia, which has veto power, blocked its adoption.

“Do you seriously expect Russia to consider and support such a draft?” Nebenzia said, in a statement directed at the US. “And if not, then it turns out that you are intentionally pushing us to use the right of the veto in order to then wax lyrical about the fact that Russia abuses this right.”

The UNSC’s five permanent members – the US, UK, France, China, and Russia – all have the power to unilaterally veto resolutions. Russia has used this power to block Western condemnation of its actions in Ukraine since February, while the US has used it more times than any other member since 1970, most often blocking resolutions critical of Israel.

In an address to the UN General Assembly last week, US President Joe Biden declared that the UNSC should be expanded with new permanent and rotating members, drawn from “nations we have long supported.” Biden also called on the council’s permanent members to “refrain from the use of the veto except in rare, extraordinary situations.”

Ukrainian President Vladimir Zelensky has called on the UNSC to strip Russia of its veto power, a decision that, even if supported by all other permanent members, would be impossible due to Russia’s veto power.

Washington expected Russia to block the resolution, with Secretary of State Antony Blinken telling reporters earlier on Friday that the US would bring the measure before the General Assembly to seek wider condemnation.