October 05, 2022: Information Clearing House — ” Moon Of Alabama“ Over the last months Ukraine has launched a counteroffensive against Russian positions in the Kharkov region. The attack against thin Russian forces was quite successful but has cost the Ukrainian army several thousand men and irreplaceable hardware. That does not seem to matter for Kiev.

Several reasons for the success were given. The Russian forces in the area were even smaller than people had thought and the Ukraine was willing to push every reserve it had through the Russian defense lines. The Russian artillery was equally thin and could not use enough area weapons like multiple rocket launcher systems to stop the storming Ukrainian forces.

In consequence the Ukraine took a quite large share of land. Most st of these was thinly inhabited rural areas. Even the city of Lyman which the Russian gave up on had less than 30,000 pre-war inhabitants.Kharkov region October 4 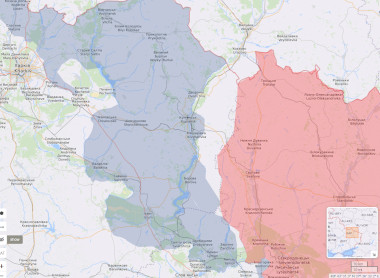 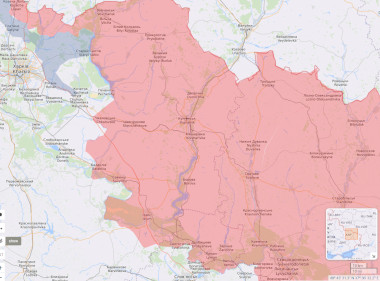 But another Ukrainian counteroffensive lets me doubt the explanations given for the area losses near Kharkov. 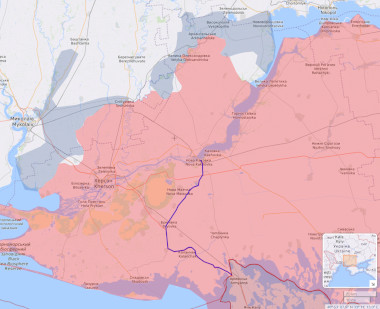 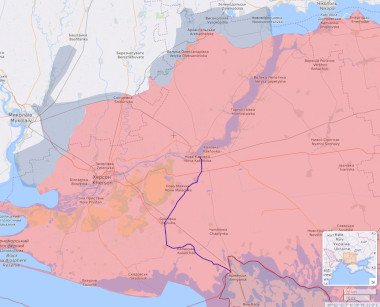 During the summer Russian troops were pulled from the Kharkov region and send to the south to defend the Kherson regions. There are lots of Russian units in the area including many artillery systems. And while the Ukrainians have damaged some bridges that cross the Dnieper the Russian forces have enough ferry equipment to keep up the supplies. Most of the previous Ukrainian attacks were defeated rather easily.

I thus find it hard to explain the current situation.

My current ‘feel’ is that the Russian forces have orders from high above to conserve forces and to let go of land and retreat when the pressure becomes big enough and severe Russian casualty numbers are likely.

Why were such orders given? What are the plans behind them?

I don’t really know. But I am sure will find out when Russia opens the new phase of the war.

The weather has become quite bad in Ukraine with rain making the passing over fields with tanks etc nearly impossible. That is why the attack in the south was pushed along a road. In two month the ground in Ukraine will likely be frozen.

The Russian military leadership seems to believe that the Ukrainian operations will cease soon and that the mobilized reinforcements that are starting to come online will be able to decisively change the picture as soon as the winter comes.

Another potential reason behind the order to conserve forces and to not hold onto territory at any price may be political. The Russian public was starting to get a bit tired of the war but after the losses in the Kharkov region the TV pundits pushed for winning the war. That allowed Russia’s president to launch the mobilization of reservists. The further losses since may be designed to allow for more political measures.

The law that will allow for the four regions to return to Russia after a hundred years of being part of Ukraine today passed the upper house of Russia’s parliament:

According to the documents, the DPR and the LPR will retain their status as republics after joining Russia and Russian will be their official language. The Kherson and Zaporozhye regions will also join Russia as constituent entities and will continue to be called “regions.” The borders of the republics and regions will be the same as those that “existed on the day of their creation and accession into Russia.” International accords specify that their borders with other countries will be regarded as Russia’s state borders. At the same time, under the constitutional laws, the DPR and the LPR are joining Russia under the 2014 borders enshrined in their constitutions.

President Putin will now have to sign the new law to enact it. The heads of the DPR and LPR have already signed laws ratifying treaties on joining Russia.

With the laws enacted the Special Military Operation will become a war to prevent attacks on Russian grounds and to retake the parts of Russia that are currently under Ukrainian occupation.

I expect that the gloves which Russia was still wearing during recent operations will come off.