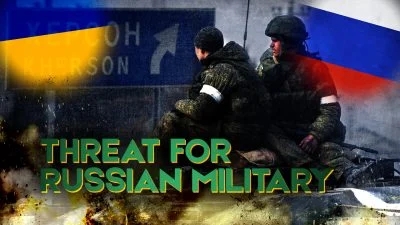 Amid the upcoming Russian winter military campaign, the Kiev regime is in a hurry to advance and repel Russian units from strategically important settlements.

In the north-east of the country, the advance of Ukrainian forces has almost stopped in recent days.

Fighting reached the territory of the LPR. The Ukrainian Army is advancing on the left bank of the Oskol River. Most recently, they claimed control of the villages of Borovskaya Andreevka and Boguslavka which is a clear sign that they are strengthening their foothold for an attack in the eastern direction.

At the moment, the main target of the Ukrainian military is the town of Svatovo. In the case of success, they are expected to move forward to the east towards Starobelsk and then attack the Severodonetsk-Lisichansk agglomeration.

The town of Kremennaya remains under Russian control as well as the road leading to Svatovo. The Russian military is preparing for defense, reinforcing protective constructions near the town as well as around the Severodonetsk-Lisichansk agglomeration.

In the south of Ukraine, Ukrainian forces have forced Russian units to leave their positions in the northern part of the Kherson region. Russian forces in Olgino and adjacent settlements came under the threat of encirclement. Also, Russian troops left Davydov Brod, where there were fierce battles for two months.

The Russian Army is creating a new line of defense, avoiding the threat of falling into the cauldron due to the tactically successful Ukrainian offensive. The defensive positions of the Russian Army now pass along the Kostromka — Bruskinskoye — Borozenskoye— Mylovoye line.

Along the Dnieper River, Ukrainian units managed to reach the village of Dudchany where clashes are ongoing. Russian units blew up the bridge over the local reservoir and retreated to the southern part of the village. The main target of the Ukrainian military are the towns of Berislav and Novaya Kahovka located 50 kilometers to the north-east of the city of Kherson.

At the same time, Ukrainian forces continue probing actions west of the capital of the region, attacking in small groups the Russian positions near Posad-Pokrovskoe.

Ukrainian forces are also preparing an offensive in the Snigerevka area, transferring reinforcements there.

In an attempt to disrupt Russian military communications in the region, Ukrainians continued shelling the Antonovsky Bridge across the Dnieper River. On October 4, 6 missiles launched with Us-made HIMARS MLRS hit the bridge.

So far, the Ukrainian military has not begun a large-scale offensive on the city of Kherson. They are currently strengthening their positions, transferring reserves to the newly occupied areas. However, new large-scaled offensive operations are expected in the coming days, as Kiev has to hurry up amid reinforcement of the Russian grouping in the region by hundreds of recently mobilized servicemen.

Featured image is from SF

The original source of this article is South Front