It is truly an amazing site: monstrous US hotels and casinos, just a few hundred meters from the Mainland China. All that kitsch that one usually associates with Las Vegas or Atlantic City, but bigger, much bigger! In fact, Macau is the biggest casino sprawl in the world.

Casinos, most of them confined inside the US mega-hotels, make approximately 5 times more money here, than in Las Vegas.

You want Venetian; a tremendous mind-blowing temple of bad taste, complete with a fake San Marco Square, canals, gondolas (gondoliers don’t sing O Sole Mio, thank God, as they are mostly from Portugal) and overcooked pasta – it is all here; one of the largest buildings on earth, and the biggest casino in the universe! 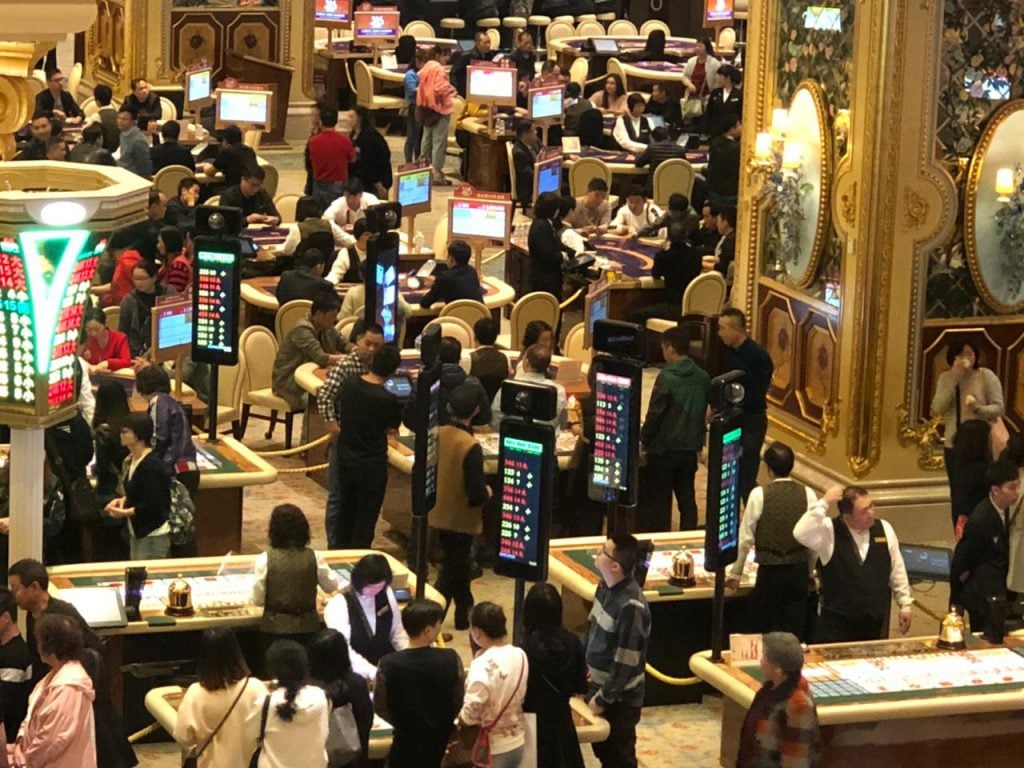 You want Parisian; yet another vulgar monstrosity, complete with a fake Eiffel Tower which lightens up right after dark to the great delight of the armies of selfie-takers? It is also here, in Cotai, Macau, together with the fake Champ de Mars that doubles as an (phony again) ice-skating rink. 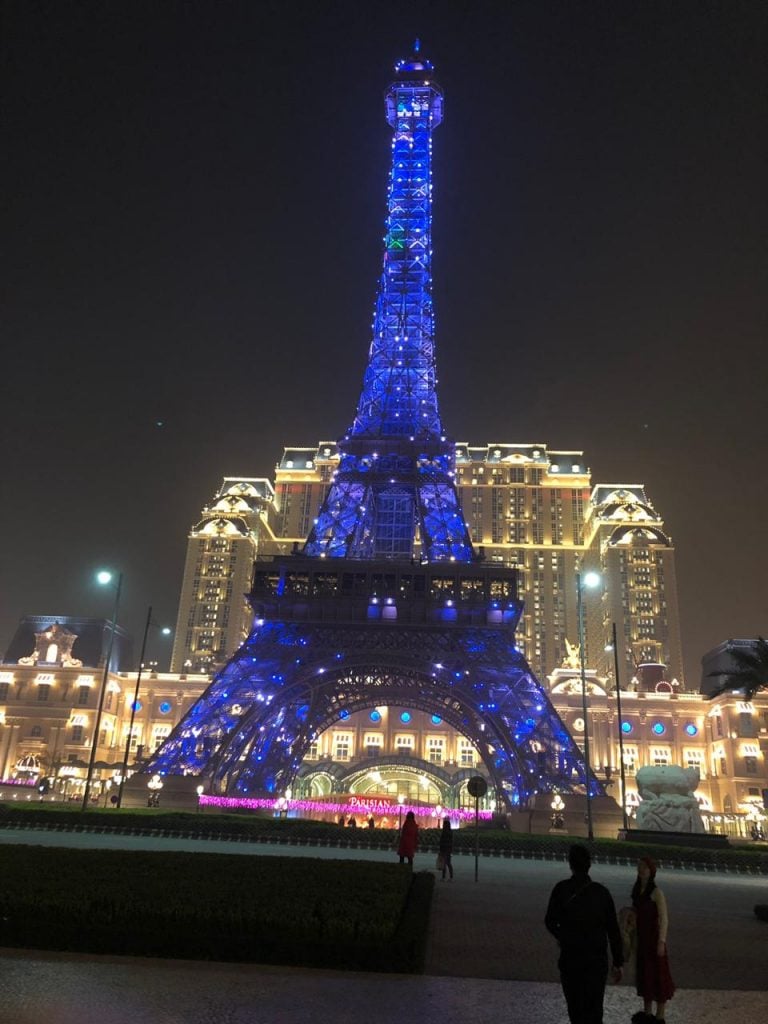 Macau is tiny, measuring only some 115 km square. But with around 650,000 people, it is one of the most over-populated places in the world. There is no space to move around here, anymore. Macau is a total, thorough urban nightmare and failure, propelled and ‘justified’ only by greed. But its plans are still Napoleonic. The territory wants more and more. Or more precisely: the Macau government, together with big business from the West, want more and more visitors, more and more casinos, luxury retail stores, and of course, profits.

24 hours a day, 365 days a week, Macau sucks in like a monstrous turbine, millions, in fact billions of dollars, yuan or whatever currency manages to enter its territory. It attracts like a magnet, masses of people from the PRC, who are often still naïve, innocent and defenseless when confronted by brutal and extreme forms of capitalism and its advertisements.

In January 2019, I visited several casinos in Macau, and not surprisingly, there are very few traditional roulette tables there, but masses of electronically controlled machines. Everything is noisy, confusing and lacking transparency. Western casinos treat Chinese people like some brainless children. At least the classic roulette mainly wins (for casino) on ‘neutral’ 0 (zero), giving a gambler very fair chance. But electronic, futuristic machines are a sham, and can ‘strip’ an unseasoned gambler of everything, in just a few hours, even minutes. But that is, obviously, precisely the goal. 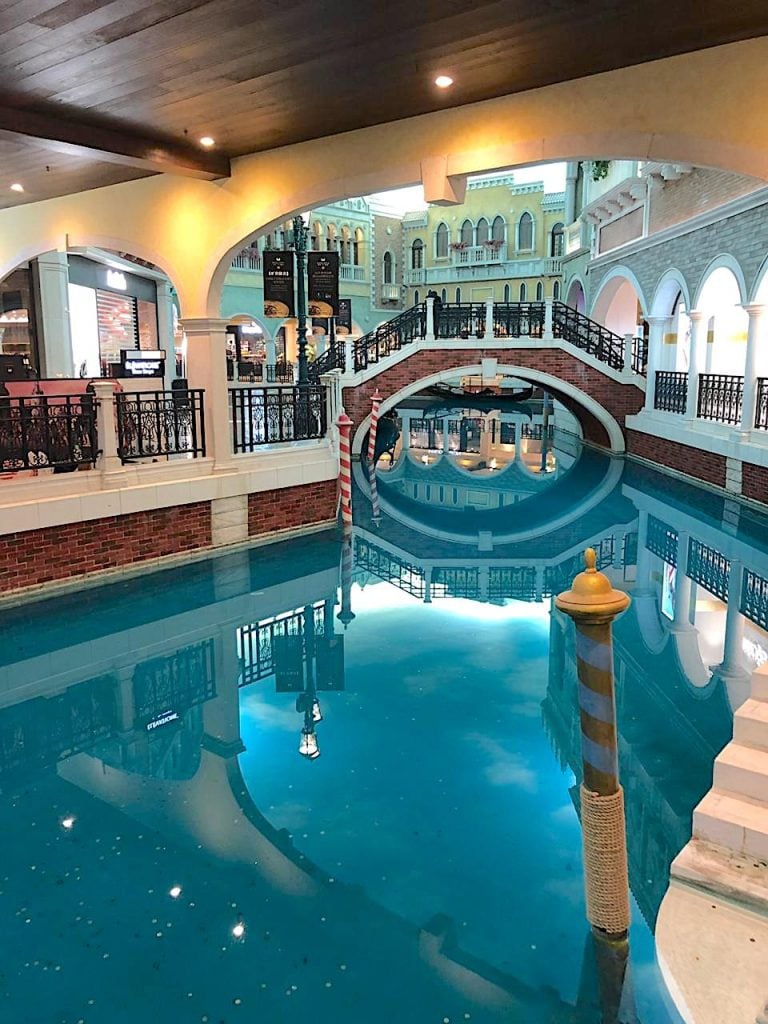 I am horrified to see hordes of good Chinese (PRC) citizens who work hard, building their beautiful country, and then crossing to that fake universe of Macau, where they are literally blowing their savings in spasmodic, insane sprees.

Chinese authorities say they have busted an underground money-smuggling ring used to launder more than $4.4 billion through the Asian gambling hub of Macau.

The case is a high-profile example of Beijing’s crackdown on attempts to dodge its capital controls, which it has tightened in recent years to prevent money from flooding out of the country and destabilizing the economy.

Macau’s Judicial Police said the syndicate was formed in 2016 and relied on point-of-sale machines — the devices used by shops to conduct transactions with credit cards or debit cards — which were smuggled in from China.

These in theory would allow Chinese citizens to make withdrawals from their bank accounts that appeared to be domestic transactions, thereby avoiding China’s strict limits on how much money people can move across its borders.

In theory, Chinese citizens are only allowed to take out of the country no more than 100,000 Yuan, which amounts to approximately $15,000 annually. But local businessmen and gangs are always looking for loopholes.

Macau gangs are brutal and they are dealing with huge amounts of money. Antagonizing them is dangerous. Even journalists and academics connected to this tiny but super rich territory, prefer not to speak openly; only on condition of anonymity. One of my good colleagues replied, sarcastically, to my request for a quote:

“I don’t think I could contribute anything to your open eyes approach – and for me to write the truth on what I see in this fishing village making firecrackers turned capitalist paradise of Macau would be like you risking lèse-majesté in Bangkok by mocking the golden towers of the royal palace.”

In the old, Portuguese historic area of Macau, which happens to be a UNESCO-inscribed world heritage site, there is hardly any place left to move. Weekends are the ‘deadliest’, with monstrous ‘pedestrian traffic jams’ and more than one hour-long taxi lines. However, weekdays are not much better.

Beijing tried to crack down on gambling and for some time it worked, but during the last months, casinos have been bouncing back. The loopholes are too numerous. In the meantime, the territory panicked (‘God forbid it could not make as much money as before!’) and began trying to attract even more tourists, mainly from the Mainland, by all means available: a new bridge, advertisements…  It also began to cater to the lowest of tastes; historic houses have been painted in kitschy pink, vulgar bluish and greenish, as well as yellow colors. Culture and art has almost disappeared. And everything has become mass-produced and fake, including ‘Portuguese food’.

Frankly, all that Macau represents is wrong: it has already ruined millions of human lives through mass gambling. It robs Mainland China of billions of dollars. Instead of educating people, it offers fake culture, in fact a disgusting parody ‘Las Vegas-style’. It is brainwashing Chinese people, so they see ‘the world according to Disney, Hollywood and big US hotel chains’.

Many hotel managers come from Portugal (for ‘authenticity’, I suppose). They are arrogant, more North American than North Americans themselves, ambitious and unscrupulous. Many of them speak about Mainland China sarcastically, with spite. Typical Western ‘democracy’ and ‘freedom of speech’ nonsense. 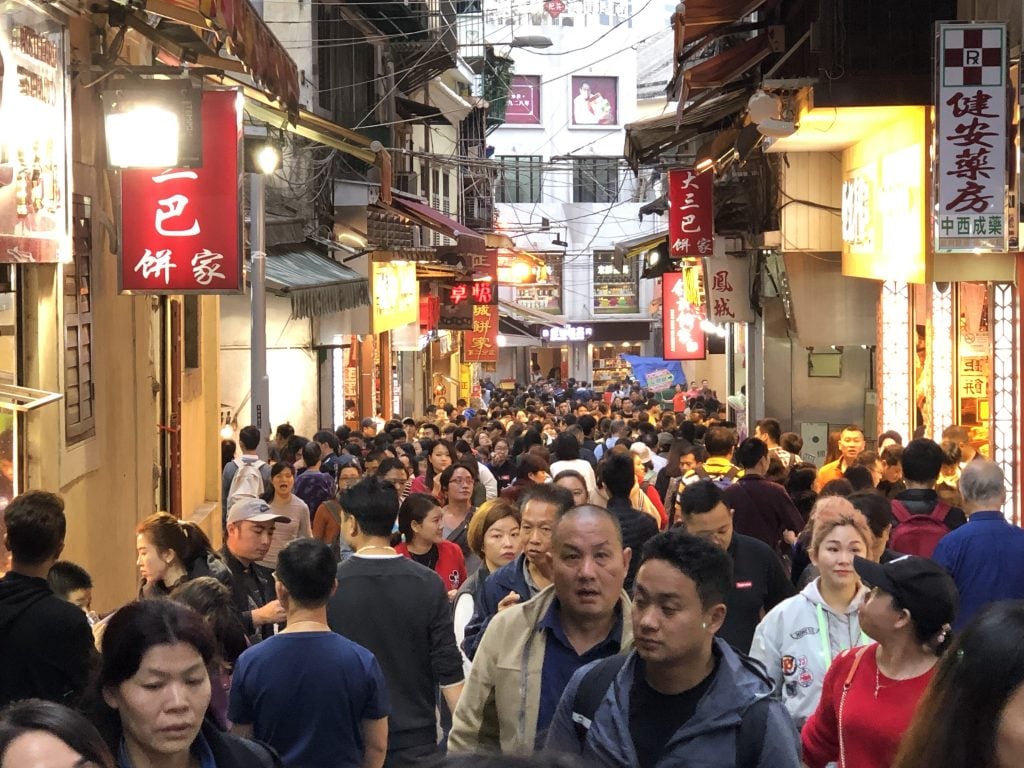 Stripped of authenticity and decency, Macau adopted a gold-digging, repulsive culture. Talk about ‘fake news’ and fake culture! Everything that is fake, is here, in Macau.

Across the water, in the PRC, beautiful modern cities are growing, simple, elegant, and confident; built for the people.

In Macau, morale, socialist spirit, as well as family savings, are getting ruined and burned.

‘One country two systems’ has gone too far in Macau. This territory produces nothing. Not even those traditional firecrackers, perhaps. It only consumes, and perverts.

One of Sheraton Macau’s employees, a Philippine lady born in Macau, explained:

“I don’t recognize my own home city, anymore! It used to be a dormant, beautiful place. Now it is thoroughly ruined.”

I don’t recognize Macau either. And people who come here, from Mainland China, tend to change, quickly. Is this yet another Western subversion, an attempt to break China into pieces? Definitely. The government of the PRC should take more decisive action, soon; protecting its people and funds.

Andre Vltchek is a philosopher, novelist, filmmaker and investigative journalist. He has covered wars and conflicts in dozens of countries. Four of his latest books are China and Ecological Civilization with John B. Cobb, Jr., Revolutionary Optimism, Western Nihilism, a revolutionary novel “Aurora” and a bestselling work of political non-fiction: “Exposing Lies Of The Empire”. View his other books here. Watch Rwanda Gambit, his groundbreaking documentary about Rwanda and DRCongo and his film/dialogue with Noam Chomsky “On Western Terrorism”. Vltchek presently resides in East Asia and the Middle East, and continues to work around the world. He can be reached through his website and his Twitter.  He is a frequent contributor to Global Research.

All images in this article are from the author. Featured image: Venetian Casino Macau – the biggest casino on earth