Replacing Turkey With The Taliban On Thanksgiving 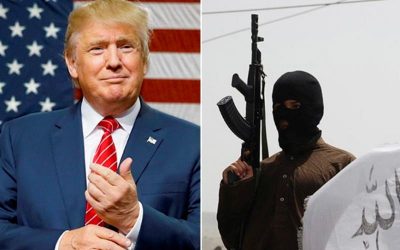 Trump, as he’s proven himself prone to do, once again defied convention by talking about the Taliban of all things on Thanksgiving during a surprise visit to Afghanistan, though it wasn’t without good reason since he wanted to show the world that the US is back in the driver’s seat of the Afghan peace process and ready to advance its regional agenda as a result.

Replacing Turkey With The Taliban On Thanksgiving

While most Americans have little more than turkey on their mind during Thanksgiving, all that Trump could think about was the Taliban. He surprised everyone by secretly traveling to Afghanistan on this holiday in order to meet with American troops there, during which time he revealed that his government has re-entered into negotiations with the Taliban for a ceasefire. This caught the world off guard since he unilaterally called off peace talks at the last minute in September just days prior to what he had originally planned would be a major meeting between himself, Taliban representatives, and Afghan President Ghani at Camp David right before 9/11. Some observers at the time thought that he purposely tanked the talks out of what they suspected was his insincerity in reaching a deal all along, but it’s now clear that he does in fact intend to make peace with the same group that’s still formally designated by the UN and even his own government as “terrorists”.

There’s still no guarantee that his revived peace push will succeed, but the Taliban appeared receptive to it in comments that its representatives made following Trump’s public revelation that secret negotiations have been going on between them for some time since the peace talks collapsed back in September. This is an extremely important development because it shows the world that the US is back in the driver’s seat of the Afghan peace process and ready to advance its regional goals as a result. While the details of any potential deal still have to be worked out, and it can never be known for certain whether it’ll even hold if it’s ever agreed upon, what’s important to pay attention to are the grand strategic objectives that the US intends to pursue. Much has been said about the geopolitical and military-related ones, but little has been reported about the economic drivers behind his drawdown and presumably eventual withdrawal decision.

The relevant backdrop against which to begin analyzing these imperatives is the speech that Assistant Secretary of State for South and Central Asia Alice Wells gave to the Wilson Center last weekend, where attention was drawn both to her snide remarks about CPEC but also her intriguing ones concerning the promised dispatch of 15 trade delegations to Pakistan next year. The latter are especially significant since they strongly suggest that Trump was sincere about the ambitious goal that he shared with Prime Minister Khan during their summer summit to increase bilateral trade by 10-20x. Pakistan is the global pivot state by virtue of CPEC and the consequent geostrategic concepts that stem from it as explained in the author’s article earlier in the year on this topic, and while the US was previously waging a Hybrid War on CPEC alongside India, it might finally be reconsidering the wisdom of this strategy and wanting to participate in the project instead.

From The Hybrid War On CPEC To N-CPEC+

The reasons for possibly doing so are multifold, but they basically boil down to a desire to credibly retain a degree of “balance” in South Asia so as to ensure that India doesn’t backtrack on its pro-American pivot without realizing that there’ll definitely be geostrategic consequences. In addition, the US might also believe that it’s better to get involved in CPEC and attempt to influence it from within instead of conceding the entire project to China and Pakistan’s envisaged CPEC+ partners. By “influence”, what’s meant is that the US clearly recognizes the game-changing geostrategic significance of this corridor and might naturally want to use it to advance its own economic interests as well. Since CPEC is an all-inclusive project that isn’t aimed against any third party, there aren’t any formal obstacles to this plan. In fact, it’ll probably even be encouraged by Pakistan out of the belief that enabling the US to obtain tangible stakes in CPEC could curtail its Hybrid War ambitions.

The US would have to be mindful of collateral damage resulting from it and its newfound Indian military-strategic ally’s Hybrid War on CPEC, therefore theoretically deterring its indirect involvement and possibly even pushing it to signal to India that it should slow down or even outright stop its disruptive activities as well out of fear that American citizens, businesses, and overall economic interests could be endangered if they don’t. Of course, this is just the best-case scenario and might not fully transpire in reality, but it’s nevertheless important to keep it in mind since the US probably wants to do more than simply profit from the flagship project of its rival’s Belt & Road Initiative (BRI) and use it as a hemispherically central launching pad for its companies to export their wares throughout the broader Afro-Asian (“Indian”) Ocean region. What America has in mind is extending its economic influence into Central Asia via the N-CPEC+ corridor through post-war Afghanistan.

To explain, the US — and especially under the Trump Administration — uses economic instruments for political purposes, whether they’re sanctions-related or pertaining to the expansion of American businesses into new markets. The implied intent in investing so heavily in Pakistan is to compel China to offer even better deals to the host state, which in turn would likely result in further state subsidies from the People’s Republic that could compound the growing costs coming from the so-called “trade war“. In the event that the US and China strike a deal for ending their systemic economic competition, then they could combine their efforts through cooperative ventures in Pakistan for confidence-building purposes and as proof of the concept that American and Chinese firms can work together in third countries. Either way, the outcome is beneficial for both Pakistan and the US, but America is always thinking more ambitiously and has a larger grand strategy in mind.

Afghanistan is full of mineral riches, which are estimated to be worth $1 trillion, and the only feasible way for American companies to export them abroad is through Pakistan, hence the importance of N-CPEC+ (the northern branch of CPEC through post-war Afghanistan) for the US. This principle applies for all other American economic activity in that country too, as well as further afield in Central Asia, the latter of which is strategically important for the US since it intends to compete with Russia and China there. That’s not at all to imply that Pakistan is encouraging America to engage in such a competition with its two partners, but just to point out that the US might use its potential economic foothold in CPEC for that unstated purpose. This explains why Trump is so eager to clinch a peace deal with the Taliban as well as why his administration wants to prioritize Pakistan as a premier investment destination for American businesses next year.

Trump’s Taliban-related Thanksgiving surprise was totally unexpected but entirely predictable in hindsight since it correlates with his country’s grand strategic goals in the region. The US has a self-evident interest in expanding its economic presence in the South-Central Asian region via N-CPEC+ following the eventual end of the War on Afghanistan, to which end it’s trying to broker peace with the Taliban simultaneously with investing potentially billions of dollars in Pakistan. From a Russian standpoint, it’s important for Moscow to regain its lost momentum in this trans-regional space after having its efforts diminished by Trump’s dramatic actions, so it would make sense for the country to engage with its Pakistani counterparts on N-CPEC+ as soon as possible in order to ensure that it secures a stake in this strategic project and therefore isn’t left in the lurch like the US wants. The Americans move fast on the business front, so Russia must pick up the pace, and urgently at that.

A US-Taliban Peace Deal Would Redefine the Regional Balance of Power
The original source of this article is Global Research
Copyright © Andrew Korybko, Global Research, 2019
https://www.globalresearch.ca/day-thanksgiving-all-trump-talked-about-taliban/5696284 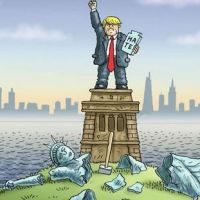 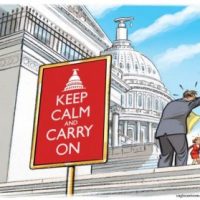 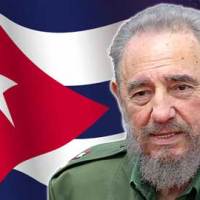