gallery Congo: Millions Die While the “UN Keeps the Peace”

In its most recent report to the UN Security Council, the UN Stabilization Mission in the Democratic Republic of the Congo (MONUSCO) blandly recounted “progress” in service to their mission, but what is their mission? Up until 2013, MONUSCO had no combat mandate; they were somehow expected to keep the peace amidst a war for Congo’s resources without one. In 2013, however, as the M23 militia was ravaging North and South Kivu Provinces, the UN Group of Experts on the Democratic Republic of the Congo (DRC) reported that M23 answered to the command of Rwandan Defense Minister James Kabarebe, who of course answered to Rwandan President Paul Kagame himself. There were competing factions within M23, and some of its officers answered to high-level officials in Uganda, who of course answered to Ugandan President Yoweri Museveni.

This made Rwanda and Uganda’s wars of aggression so obvious that the UN Security Council finally felt obliged to do what the UN Charter compels them to: organize a UN military intervention to stop the Rwandan and Ugandan militias.

The UN Force Intervention Brigade, composed of Tanzanian, South African, and Malawian troops, was the first UN Peacekeeping mission with an explicit combat mandate, and they did indeed chase M23 back into Rwanda and Uganda.

Then the press reported that M23 had “surrendered” to Kagame and Museveni. That was more or less like reporting that the Confederate Army had fled South to surrender to General Robert E. Lee, but the world that had been horrified by M23’s atrocities applauded their defeat and turned its attention elsewhere.

Museveni, one of the aggressors, presided over a so-called peace conference in Uganda’s capital Kampala, which produced an agreement giving M23 everything it had asked for at the outset of the war. But who bothered to read or understand the agreement? Others no doubt did, but I’m the only one I know of who bothered to report what it said—on Pacifica Radio and in the San Francisco Bay View Newspaper, which the powerful players feel free to ignore, even if they were slightly discomfited.

The aggressors are not named

Violence has continued in the DRC’s Kivu Provinces. According to the Congo Research Group based at New York University, at least 99 Congolese civilians have been massacred since November 5 in North Kivu’s Beni Territory alone. UN Peacekeepers have failed to protect them from marauding militias, and protesters have taken to the streets in Beni, Goma, and Butembo to say that the peacekeepers are part of the problem and demand that they leave. In Beni they burned down most of at least one UN military base, and one protester has been reported killed, five wounded.

A New Flare-Up of the War in Congo 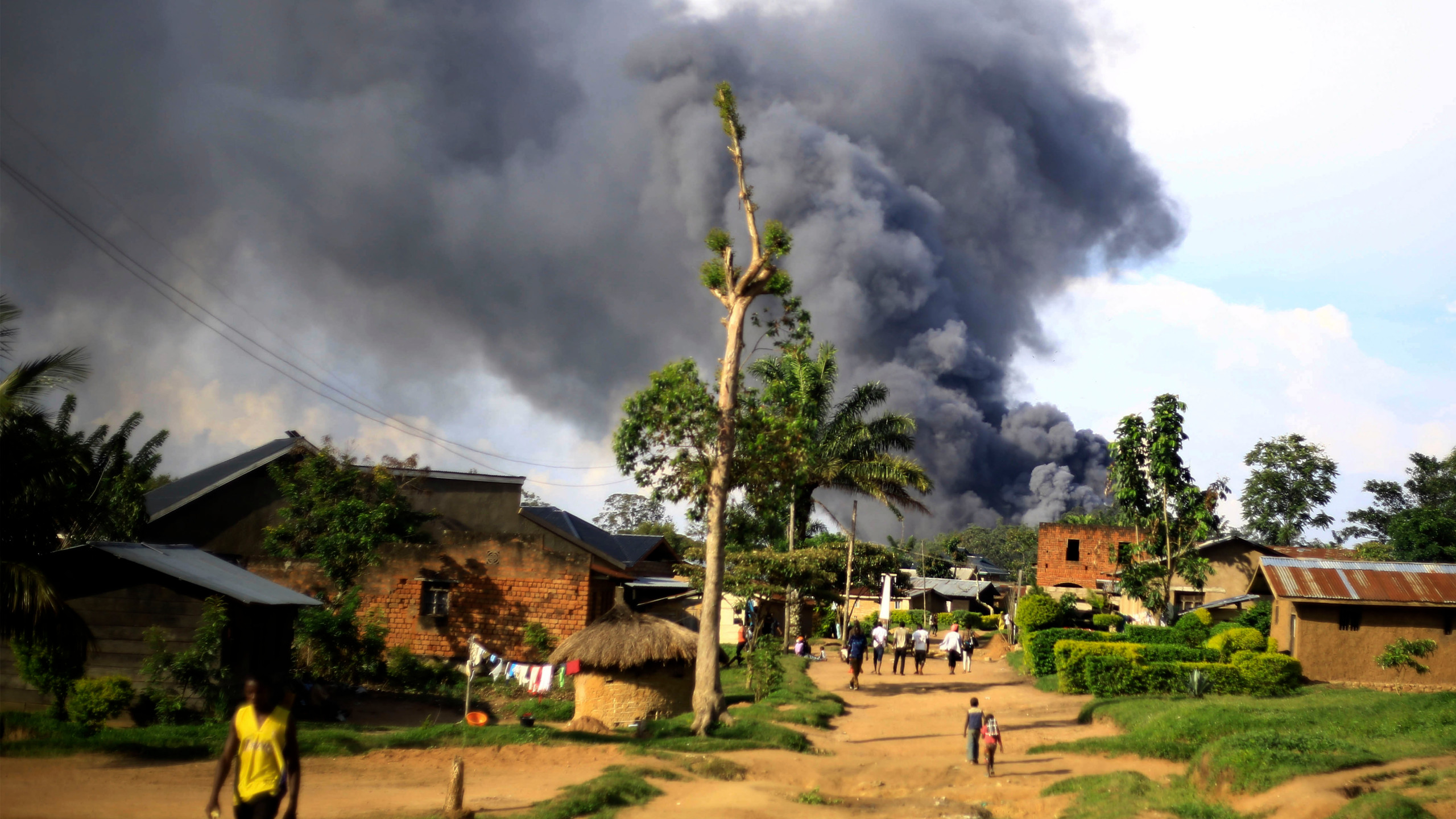 With 18,000 troops, the UN Peacekeeping Mission in Congo is the largest in the world, and it has been in Congo for 20 years without protecting the people or the peace. A young protester in Beni told Aljazeera, “The UN is supposed to keep us safe, to keep peace in North Kivu, but we’ve never seen the peace. So we are so angry we don’t want them to stay here in North Kivu.”

“If we think about the UN and its presence, we need to go back to almost 59 years that the UN has been working in the Congo because there were problems in the country. And I think that if we take that into perspective, we can of course question the utility of this organization, because what we have seen the last 20 years now is that people are still dying and this war that is happening in the Congo has caused already more than 8 million deaths, so maybe the response that the UN is giving to that situation is not an appropriate one.”

“Sadly,” he said, “it’s one more failed intervention. The UN has failed the Congolese people from the very first day of the Congo’s independence 59 years ago.”

Kumbi told me that she had asked Aljazeera why, like the rest of the international press, they describe the militias killing the Congolese people as “rebel groups” when they are in fact gangs—Rwandan, Ugandan, and Congolese—fighting over Congolese territory and resource riches.They are not Congolese nationals fighting for power or social justice as the term “rebel groups” implies. They are fighting at the country’s easternmost edges, on its borders with Uganda, Rwanda, and Burundi. The war-torn Kivu Provinces couldn’t be farther from Congo’s capital, Kinshasa, which is on its western border with the Republic of Congo and near its Atlantic coast. So they are not trying to overthrow the existing government as any self-respecting rebels would.

Her question, Kumbi said, did not make it into Aljazeera’s final cut. It is essentially the same question that she demanded an answer to at a UN conference in Geneva back in 2013, where—until the gendarmes dragged her out—she interrupted then UN Secretary General Ban-Ki-Moon with this scream:

“What about people of the Congo? Please! What about people of the Congo??? You don’t say anything about that! There’s been killed eight million people and you say you’re making fictitious peace and you’re telling us that this is peace when aggressors are not named! Rwanda is responsible for what is going wrong in the peace in Congo. And nobody says something about that! Burundi! Uganda! You should say that! We are sick and tired of hearing every time people just being so ‘peaceful’ with Africa. You should let Africa in peace!”

So long as the UN Security Council and the international press blame the war on non-existent “rebels” and “rebel groups” carrying out non-existent “rebellions,” the Congolese holocaust will go on. NGOs and UN agencies will continue to call for millions of dollars to help with the humanitarian crisis, comparing it to Syria, Yemen, and Iraq, and the displaced population already numbering four million will continue to rise. Neither the UNSC nor anyone else is going to defeat “rebels” or end a war they refuse to name.

Ann Garrison is an independent journalist based in the San Francisco Bay Area. In 2014, she received the Victoire Ingabire Umuhoza Democracy and Peace Prize for her reporting on conflict in the African Great Lakes region. She can be reached at ann@kpfa.org. She is a frequent contributor to Global Research.